Hayden Scott doesn’t know his stroll in the woods is going to start with a backpack full of watermelon and end with him the new alpha of the Ghost Mountain Pack. A very traumatized pack, and those are only the shifters he can see. Too many are missing, hiding in the woods or worse.

His wolf doesn’t care. He has a pack. One with maple-syrup-covered toddlers, a ten-year-old boy who smells like wolf right up until he shifts, and a brave woman with green eyes and serious trust problems who defended her pup with nothing more than a tree branch and sheer guts.

The walk ahead won’t be easy, but he has a list.

Hayden Scott doesn’t know his stroll in the woods is going to start with a backpack full of watermelon and end with him the new alpha of the Ghost Mountain Pack. A very traumatized pack, and those are only the shifters he can see. Too many are missing, hiding in the woods or worse.

His wolf doesn’t care. He has a pack. One with maple-syrup-covered toddlers, a ten-year-old boy who smells like wolf right up until he shifts, and a brave woman with green eyes and serious trust problems who defended her pup with nothing more than a tree branch and sheer guts.

The walk ahead won’t be easy, but he has a list.

Burn down the den.
Deal with the evil still stalking the woods.
Call Mom.
Read more

Lissa chose to stay, to stand with the tattered remnants of her pack as they try to make themselves whole again. She somehow didn’t expect it to try her patience quite so much.

Which means it might be time for a meek bookkeeper to take matters into her own hands.

Before her wolf does.
Read more

3
Rebel (Ghost Mountain Wolf Shifters Book 3)
by Audrey Faye (Author)
4.6 out of 5 stars (413)
A baby alpha who absolutely doesn’t want to upend her pack—and is going to do it anyhow.

Kennedy is a badass and she knows it.

She’s also scared. That she’s too strong. Too fierce. Too much. That her pack won’t be able to hold her, no matter how much she wants to stay.

We’ll just see what her pack has to say about that.
Read more

4
Raven (Ghost Mountain Wolf Shifters Book 4)
by Audrey Faye (Author)
4.7 out of 5 stars (415)
The pack is coming out of the shadows—but some of its shifters don’t know how to live anywhere else.

Fallon grew up on the street. She’s a survivor, and her skills kept her pack alive in the darkest of times. Now the sun is coming out, and she has no idea how to be a bird who lives in the light. She’ll do anything to help her baby pack get there, though.

Even if it means returning the shinies she stole from a polar bear.

“Unique and joyous fantasy as no one else writes it.” ~ Amazon reviewer
Read more

5
Breath (Ghost Mountain Wolf Shifters Book 5)
by Audrey Faye (Author)
4.7 out of 5 stars (402)
Shelley Martins thinks she needs sensible and practical and steady—but that isn’t what the big truck from HomeWild is about to deliver.

Ghost Mountain is getting their school, the first building of their new den. The construction teams are ready, the big strong men are planning to be as useless as possible, and Shelley has the kitchen piled high with baked goods to fuel their work.

Except what comes off that big truck isn't just a building. And Shelley, who walked into hell six years ago to save her pack, isn't just a baker.
Read more

6
Bear (Ghost Mountain Wolf Shifters Book 6)
by Audrey Faye (Author)
4.8 out of 5 stars (414)
That day when a polar bear shifter arrives in a plane full of purple yarn and all hell breaks loose...

Ronan is coming. He’s a big bear—an enormous bear—and arriving at Ghost Mountain is going to change the shape of who he is forever. All it will take is a little engineering, a lot of duct tape, and a pack willing to use history and hope to do the impossible.
Read more

7
Elder (Ghost Mountain Wolf Shifters Book 7)
by Audrey Faye (Author)
4.8 out of 5 stars (483)
A note from Audrey: Some series can be read out of order - this isn’t one of them. Start with Alpha and welcome to Ghost Mountain!

The Ghost Mountain pack has been waiting for their fancy new den building for months, but it won't be the only thing unloading off the trucks.

The coming days will have a lot of surprises - for pot-scrubbing dominants, for betas who weren't expecting to lose their hearing just yet, and for an elder who was present on the day her pack was born and every single day since.

Myrna was ready to stand at the center of her pack's rising. Except that isn't where they need her to be.
Read more

8
Sentinel (Ghost Mountain Wolf Shifters Book 8)
by Audrey Faye (Author)
4.8 out of 5 stars (793)
Newborns change everything— even when they haven’t arrived yet.

The birth of a baby raven is expected any day now, and Ghost Mountain Pack is kind of falling apart, or at least their dominants are. A tiny ball of fluff calls on some of their most powerful instincts—and slices into their deepest wounds.

Rio knows it’s his job as sentinel to walk alongside those dominants as they struggle.

Which would be easier if he wasn’t one of them.

Kindle addict
5.0 out of 5 stars This series is uplifting and is thought provoking
Reviewed in the United States on February 2, 2020
I got the first few books off Kindle unlimited, but found that I have gone back and re-read them. So now I have purchased them. The books do have trauma and worry, but overall it is a story of resilience that anyone can enjoy.

Cheryl Hendricks
5.0 out of 5 stars How Do I Give 10 Stars?
Reviewed in the United States on August 17, 2021
Just finished Aloha, the first in the Ghost Mountain series. When it comes to shifter stories...romances, Audrey Faye is my absolute favorite!!! I will admit that the large number of characters did get confusing at times, especially with so many names starting with the same letter (Rio, Reilly, Robbie, etc).

It actually made the possible romance more believeable and realistic. None of that fated mate jumping into bed within 24 hours of meeting each other, either. Instead there's a focus on the story of a group of people who have been so traumatized, and how they begin to heal. Can't wait to read the next...which I'm going to do, starting now!
Read more
5 people found this helpful
Helpful
Report abuse

Karen
5.0 out of 5 stars Wonderful, joyful, Love.
Reviewed in the United States on August 30, 2020
I picked up the first 3 on Kindle unlimited and then decided this is a series I want to be able to read over and over. I love the characters, the story and the uplifting feeling I get. I love the author and I love this series. In another review the said "sense of community". This is just one of the things I love about this series.

I have this authors witch series, she wrote under a different name, and I read that at least once a year. I'm super glad I found her again. This new series will be with my Andrea Norton, Tanya Huff and Honor Raconteur books I love.
Read more
One person found this helpful
Helpful
Report abuse

The Crazy Denhams
5.0 out of 5 stars One of my favorite authors!
Reviewed in the United States on July 7, 2020
The Ghost Mountain Shifters books are so much fun! The characters are well-developed and the setting is described so well that I feel like I'm there. When I read these books, I feel like I am growing with the pack, coming out of my shell, and learning how to live again. Audrey Faye always writes feel-good books that make me want to be a better person, and this series is a great example of her craft.

You won't be able to put it down!
Read more
2 people found this helpful
Helpful
Report abuse

Suzecat
5.0 out of 5 stars Author gets better and better
Reviewed in the United States on October 21, 2021
This author has an extraordinary ability to build worlds to which her readers love to visit. I have read her work for years, and she is clearly open to new information and constructive advice. Every time I think to write about a potential improvement, she gets there before my review.

The Ghost Mountain Shifters are my personal favorite (as yet), and I agree with a prior review suggesting an "index of characters" and a diagram of how they fit into the pack.

mamaluvsmusic
5.0 out of 5 stars Uplifting
Reviewed in the United States on April 5, 2020
In this stressful time our world is facing, this book series is a welcome gift. Audrey Faye gives everyone a sense of usefulness, hope, and belonging. Thank you, Ms. Faye, for making me feel a little less lost.
Read more
5 people found this helpful
Helpful
Report abuse

bksculpt
5.0 out of 5 stars Read this series
Reviewed in the United States on February 14, 2022
This whole series deserves a read. It's a well written, feel good, story that gives you a world (with animal shifters) that you wish you could live in. The characters appeal and there are fun moments, crying moments and well lived lives. At a minimum, try the first book. I suspect you will be as hooked as I was and just keep hoping that the story will continue. Enjoy!
Read more
Helpful
Report abuse

Richard Newville
5.0 out of 5 stars CAN NOT WAIT FOR THE NEXT ONE
Reviewed in the United States on November 6, 2019
JUST REALLY GREAT
Read more
7 people found this helpful
Helpful
Report abuse
See all reviews
More About the Author 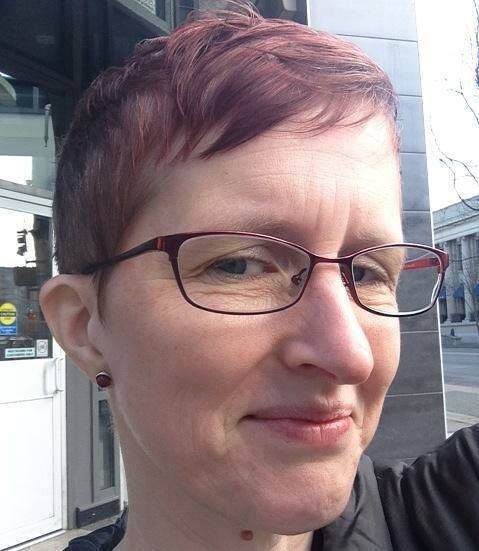 I tell stories of hope, resilience, belonging, and finding what (and who!) matters. I do that in a lot of different genres, but you’ll always get those things in an Audrey Faye book. :)