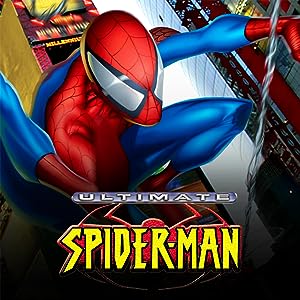 Ultimate Spider-Man (2000-2009) (11 book series) Kindle Edition
Ultimate Spider-Man (2000-2009) (11 book series)
Kindle Edition
by Brian Michael Bendis (Author) , Bill Jemas (Author) , Mark Bagley (Illustrator) and 4 more
High school, puberty, first dances - there are many pitfalls to being young. Compound these with intense personal tragedy and super-powers, and you can start to visualize the world of Peter Parker, a.k.a. Spider-Man! Witness the rebirth of a legend as Peter learns that with great power, there must also come great responsibility! Read the book that Entertainment Weekly calls "One of the most emotionally resonant depictions of teendom in comics since Spider-Man's debut."

Read more
You've subscribed to Ultimate Spider-Man (2000-2009)! We will preorder your items within 24 hours of when they become available. When new books are released, we'll charge your default payment method for the lowest price available during the pre-order period.
Update your device or payment method, cancel individual pre-orders or your subscription at
Your Memberships & Subscriptions
There was an error. We were unable to process your subscription due to an error. Please refresh and try again.
Price: $186.89 for 11 item(s)
Sold by: Marvel Entertainment US
Items included: 1 - 11 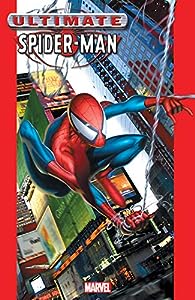 After the murder of his uncle, Peter finds himself taking on extra-curricular activities...such as bringing down the Kingpin of Crime' as the wall-crawling Spider-Man.
Read more
Other Formats: Hardcover , Comic Book 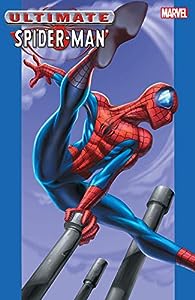 The Green Goblin has discovered Peter Parker's secret identity, putting the lives of all of his loved ones at risk! Plus: it's the biggest battle of the young wall-crawler's career as Spider-Man takes on the terrifying tag team of Dr. Octopus and Kraven - on live TV!
Read more
Other Formats: Paperback 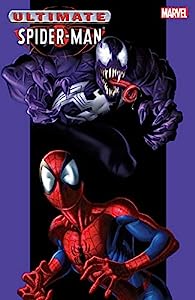 Young Peter Parker faces his darkest hour yet in the storyline fans have been waiting for ... the Venom Saga! Will Peter ever be able to think of himself as a hero again?
Read more
Other Formats: Hardcover 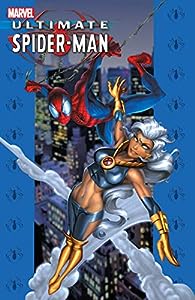 Spider-Man faces off against an explosive new teenage villain, has another run-in with the infamous Kingpin of Crime and meets the Black Cat, a curvaceous jewel thief who will complicate Spider-Man's career and Peter Parker's love life!
Read more
Other Formats: Hardcover 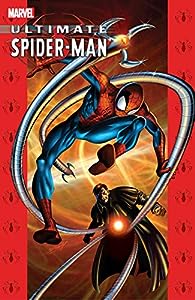 The Green Goblin. Doctor Octopus. Electro. Kraven the Hunter. Sandman. Five of Spider-Man's deadliest foes have banded together as an unstoppable force of evil! Will the combined forces of Spider-Man and the Ultimates be enough to stop these criminal masterminds before their reign of terror spreads across the world? And who will be named as the final member of the "Sinister Six"? Plus: A major movie studio is making a summer blockbuster about Spider-Man, and the Ultimate Wall-Crawler swings by the set to give the producers a piece of his mind. But someone else is even hotter about being in the film than Spidey: Doctor Octopus, who just may shut the production down if he doesn't get final edit! As the cameras roll, the real wall-crawler and Doc Ock go head-to-head behind the scenes!
Read more
Other Formats: Paperback 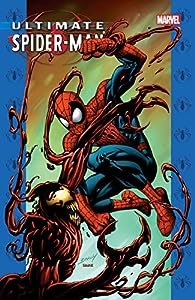 In CARNAGE, one of the most ruthless villains in the history of the Marvel Universe, the fan-favorite Carnage, gets the Ultimate treatment! And though young Peter Parker has proven himself time and time again on the field of battle, can even he hope to defeat this heartless killing machine? In SUPERSTARS, a bizarre occurrence brings Spider-Man and Wolverine together for the weirdest team-up in super-hero history! As the two struggle to get to the bottom of this mystery, their lives literally unravel. Why are both heroes too concerned with their own lives to work together? Strap yourself in, True Believer, it's all part of the ride you get when you buy a ticket for THE TEAM-UP FOR PEOPLE WHO HATE TEAM-UPS! Plus: Johnny Storm realizes that despite his new flame powers and fame on the horizon, he still doesn't have a high-school diploma. And where does the young New Yorker enroll? Why, none other than a certain Queens high school that also counts one Peter Parker - Spider-Man - as a student.
Read more
Other Formats: Hardcover 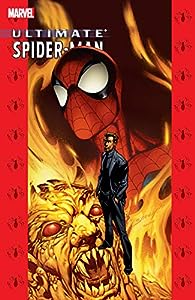 In HOBGOBLIN, it's the terrifying debut of the Ultimate Hobgoblin as Harry Osborn returns to Midtown High harboring a dark secret that will affect the lives of all those around him - especially his best friend, Peter Parker. And where does Harry's father - Norman Osborn, a.k.a. the Green Goblin - fit into all this? And in WARRIORS, the Gang War to end all Gang Wars begins! The Kingpin is in retreat, and that kind of a power vacuum won't last long. It's about to be filled by a figure of unabashed dread in the underworld: Hammerhead! Plus: the Ultimate debuts of several Marvel characters, including Moon Knight! And Spidey thinks he's had trouble before... but nothing has ever made him declare, "Peter Parker no more!"
Read more
Other Formats: Hardcover 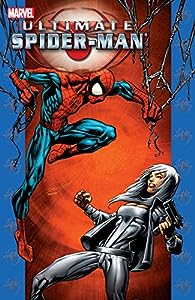 In SILVER SABLE, the head of Roxxon Oil sics the world's greatest mercenary, Silver Sable, on Spider-Man to learn why the web-spinner has targeted Roxxon on his nightly patrols. How violently Ms. Sable wants to handle the situation is strictly up to her. Spinning out of the Ultimate Spider-Man video game (written and designed by our longstanding team of Bendis and Bagley), Ultimate Silver Sable might be the most dangerous foe Spidey has ever faced! Plus: the mystery of Ultimate Omega Red! And in DEADPOOL, Spider-Man teams up with his new girlfriend - the X-Men's Kitty Pryde, who gets a new super-hero identity for when she's not hanging with her mutant mates! Plus: Meet the dangerous Ultimate Deadpool - and the Ultimate Reavers! It's mutant action guest-starring the Ultimate X-Men, with Spidey caught in the middle!
Read more
Other Formats: Hardcover 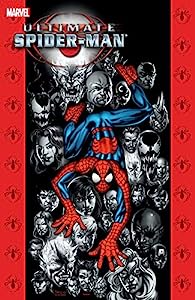 In CLONE SAGA, Spider-Man comes face-to-face with the most unexpected foe of all: Peter Parker! But Peter Parker is Spider-Man…isn’t he? Who’s who becomes a dangerous guessing game as a sinister series of clones turns Peter’s life upside-down and forces Spider-Man into a devastating confrontation with one of his oldest foes. Guest-starring the Fantastic Four, Nick Fury, the Ultimates, the X-Men and the all-new, all-different Spider-Woman! And in ULTIMATE KNIGHTS, Daredevil attempts to enlist Spider-Man in a crusade to bring down the Kingpin – permanently. But with his Aunt’s life hanging by a thread, and his serious girl problems with MJ and Kitty Pryde, crimebusting may be the last thing on young Mr. Parker’s mind.
Read more
Other Formats: Hardcover , Paperback 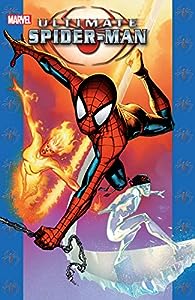 Peter Parker and his Aunt May have perhaps the most important conversation of the young web-slinger’s life. It’s a gut-wrenching, emotional roller coaster you’ll never forget. And Spider-Man is on the call when there is a huge explosion in the side of the Triskelion — the high-tech site housing superhuman criminals. From the acrid smoke emerges a man seething with vengeance — a man who wants Peter Parker dead! That man is Norman Osborn, the Green Goblin! And for the web-spinner, things are about to get out of control! Then, things are changing in the young life of Peter Parker: the Fantastic Four’s Johnny Storm is now his buddy — and the hot—headed super hero has taken a liking to Peter’s classmate, Liz Allen! But something is horribly wrong with Liz — something that will soon affect the life of every student at Midtown High — including Peter’s ex-girlfriend, Kitty Pryde! Guest-starring the X-Men and the most malevolent mutant of all: Magneto, Master of Magnetism! Plus: The return of Omega Red! And the worst day in Peter Parker’s life!
Read more
Other Formats: Hardcover 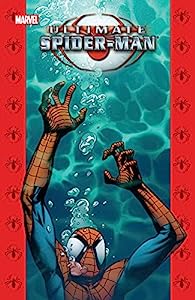 When Spidey’s most fearsome foe strikes, it looks bad for the outmatched web-slinger — but Silver Sable and her Wild Pack may turn the tide! Have they come to save Spider-Man, or is their motive something more sinister? Then, Ultimate Spider-Man meets the Ultimate End. It begins with a blessedly normal day for Peter Parker. It ends with a final moment that will leave you without words. Magneto has issued his Ultimatum to the world — and unleashed a tidal wave upon Manhattan that triggers a new epoch in the history of civilization. In the center of the maelstrom are New York City’s most gallant defender and the family and friends that live — and die — beside him. This is the story of Aunt May, Mary Jane, Kitty Pryde, J. Jonah Jameson and the hero that looms over all their lives as they bear witness to the end times of the Ultimate Universe.
Read more
Other Formats: Hardcover

Back to top
Get to Know Us
Make Money with Us
Amazon Payment Products
Let Us Help You
EnglishChoose a language for shopping. United StatesChoose a country/region for shopping.