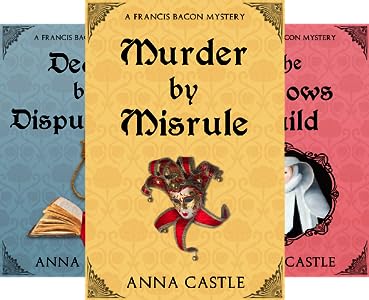 A Francis Bacon Mystery (7 book series) Kindle Edition
A Francis Bacon Mystery (7 book series)
Kindle Edition
by Anna Castle (Author)
Philosopher Francis Bacon reluctantly puts down his books to solve crimes in Elizabethan London, aided by Thomas Clarady, a privateer’s son who will do anything to climb into the ranks of the gentry. From prisons to the royal court, every suspect has something up their pinked and padded sleeve. Travel back in time with this award-winning series!
Read more
You've subscribed to A Francis Bacon Mystery! We will preorder your items within 24 hours of when they become available. When new books are released, we'll charge your default payment method for the lowest price available during the pre-order period.
Update your device or payment method, cancel individual pre-orders or your subscription at
Your Memberships & Subscriptions
There was an error. We were unable to process your subscription due to an error. Please refresh and try again.
Price: $29.94 for 7 item(s)
Sold by: Amazon Digital Services, Inc.
Items included: 1 - 7
Books in this series (7 books) 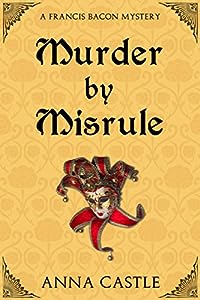 Bacon must put down his books and investigate the murder of a fellow barrister at Gray's Inn in order to regain the queen's favor. He recruits his unwanted protégé, Thomas Clarady, to do the tiresome legwork. The son of a wealthy privateer, Tom will gladly do anything to climb the Elizabethan social ladder.

The first clues point to a Catholic conspirator, but other motives for murder quickly emerge. Rival barristers contend for the victim's legal honors and wealthy clients. Highly-placed courtiers are implicated as the investigation reaches from Whitehall to the London streets.

Bacon does the thinking; Clarady does the fencing. Everyone has something up his pinked and padded sleeve. Even Bacon is at a loss -- and in danger -- until he sees through the disguises of the season of Misrule.

One of Kirkus Reviews' Best Indie Books of 2014. 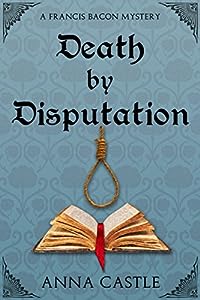 2
Death by Disputation (A Francis Bacon Mystery Book 2)
by Anna Castle (Author)
4.2 out of 5 stars (209)
Thomas Clarady risks his life, his eternal soul — and his chastity!


Tom is recruited to spy on a group of radical Puritans at Cambridge University with Francis Bacon as his spymaster -- his tutor in tradecraft and politics. Their commission gets off to a deadly start when Tom finds his chief informant hanging from the roof beams. Now he has to catch a murderer as well as a seditioner. His first suspect is the volatile poet Christopher Marlowe, who keeps turning up in the middle of Tom’s investigations.


Dogged by unreliable assistants, chased by lusty women, and harangued daily by the exacting Bacon, Tom risks his heart and soul to stop the villains and win his reward.


First In Category for the 2015 Chaucer Awards Elizabethan/Tudor period. 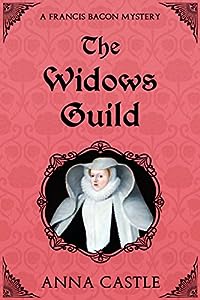 ... and masking the crimes under cover of Armada fever. Francis Bacon is charged with identifying the murderer by the Andromache Society, a widows’ guild led by his formidable aunt. Thomas Clarady and Lady Alice Trumpington help investigate while struggling to keep themselves out of hot water. Bacon must free his friends from the Tower, track an exotic poison, and untangle several crimes to determine if the motive is patriotism, greed, lunacy — or a mix of all three.
Longlisted for the 2017 Historical Novel Society Awards.
Get this third thrilling tale in the award-winning Francis Bacon historical mystery series today!
Read more 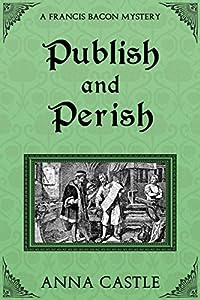 It’s 1589 and England is embroiled in a furious pamphlet war between an impudent Puritan calling himself Martin Marprelate and publishing’s brightest wits. The archbishop wants Martin to hang. The Privy Council wants the tumult to end. But nobody knows who Martin is or where he’s hiding his illegal press.

Then two writers are strangled, mistaken for Thomas Nashe, the pamphleteer who is hot on Martin’s trail. Francis Bacon is tasked with stopping the murders — and catching Martin, while he’s about it. But the more he learns, the more he fears Martin may be someone dangerously close to home.

Can Bacon and his band of intelligencers stop the strangler before another writer dies, without stepping on Martin’s possibly very important toes? 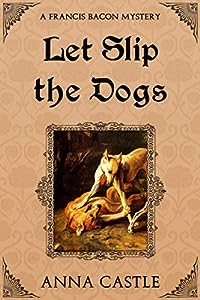 5
Let Slip the Dogs (A Francis Bacon Mystery Book 5)
by Anna Castle (Author)
4.5 out of 5 stars (84)
Secret trysts, daring dalliances, and a pair of pedigreed hounds...

... keep Francis Bacon and his team busy while trying to catch a reckless murderer.

It’s Midsummer, 1591, at Richmond Palace, and love is in the air. Gallant courtiers sport with great ladies while Tom and Trumpet bring their long-laid plans to fruition at last. Everybody’s doing it — even Francis Bacon enjoys a private liaison with the secretary to the new French ambassador. But the Queen loathes scandal and will punish anyone rash enough to get caught.

Still, it’s all in a summer day until a man is found dead in the orchard. The youth had few talents beyond a keen nose for gossip. He was doubtless murdered to protect a secret, but what sort? Romantic, or political? They carried different penalties — banishment from court or a traitor’s death. Either way, worth killing to protect.

Bacon wants nothing more than to leave things alone. He has no position and no patron; in fact, he’s being discouraged from investigating. But could he live with himself if another innocent person dies?

Get the latest episode in the continuing Francis Bacon historical mystery series! 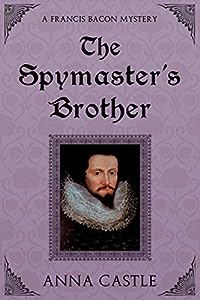 6
The Spymaster's Brother (A Francis Bacon Mystery Book 6)
by Anna Castle (Author)
4.6 out of 5 stars (89)
Anthony Bacon is home with a wealth of foreign secrets — and a few of his own.

Though seldom strong enough to leave his rooms in brother Francis’s house, Anthony’s gouty legs never hinder his agile mind. He’s built the most valuable intelligence service in Europe. Now the Bacon brothers are ready to offer it to the patron with the deepest pockets.

Before they can open the bidding, Francis finds a body lying in the weeds near Gray’s Inn. The abandoned coach beside it belongs to Anthony. The clues point to his personal secretary. Worse, the murdered man was heard spreading rumors that could destroy Anthony’s reputation -- and his market value.

Francis thinks his brother ordered the deed done. His assistant Thomas Clarady thinks the secretary did it, with or without such orders. As Tom investigates, he hears one story after another about what happened that night. Which version is the truth? The closer he gets to finding out, the more danger gathers around Anthony. Will Tom and Trumpet, his very pregnant confidante, sort through the lies before disaster strikes?
Read more 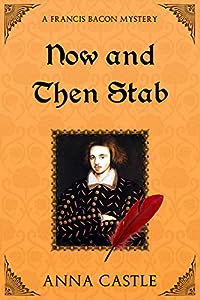 7
Now and Then Stab (A Francis Bacon Mystery Book 7)
by Anna Castle (Author)
4.4 out of 5 stars (105)
Spring, 1593. A ballad is posted in the heart of London inciting violence. The Lord Mayor offers one hundred crowns for the name of the author. Thomas Clarady wants that money and drags Francis Bacon into the game. At first it’s just a riddle to be solved. Tom talks to poets, while Francis analyzes the verse.

Things take a dangerous turn when the authorities focus on two popular playmakers. One is cruelly tortured. Another is killed in dubious circumstances. Did he start a brawl that ended in tragedy? Or was he murdered by his dinner companions? The official story seems plausible, at first. But Tom doesn’t buy it. Distraught at the death of his friend, he refuses stop digging, uncovering a plot he should have left buried.

Francis Bacon and his team hazard their lives and reputations to determine the truth. Whether justice can ever be obtained is another matter.
Read more 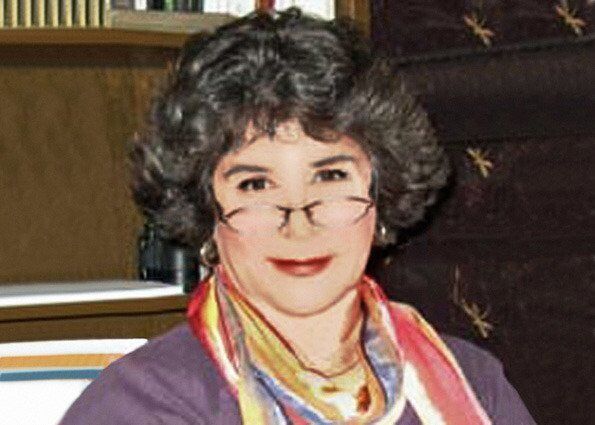 Anna Castle
Biography
Anna Castle is serious about series. She writes the Francis Bacon mystery series and also the Lost Hat, Texas mystery series. She has earned a series of degrees -- BA in the Classics, MS in Computer Science, and a PhD in Linguistics -- and has had a corresponding series of careers -- waitressing, software engineering, grammar-writing, assistant professor, and archivist.

How all that adds up to writing historical fiction and madcap cozies is a mystery in itself, but somehow it revolves around her lifelong love of stories and learning. She physically resides in Austin, Texas, but mentally counts herself a queen of infinite space.

*** Visit Anna's blog and sign up for her monthly newsletter at www.annacastle.com.
*** Find Anna on Facebook at www.facebook.com/annacastle.author.
Read more
Back to top
Get to Know Us
Make Money with Us
Amazon Payment Products
Let Us Help You
EnglishChoose a language for shopping. United StatesChoose a country/region for shopping.
© 1996-2021, Amazon.com, Inc. or its affiliates