To buy, enter the recipient's email in the To field. 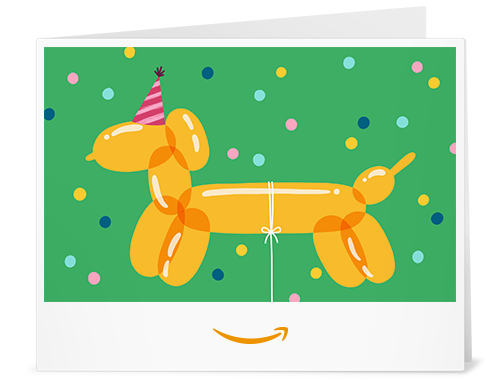 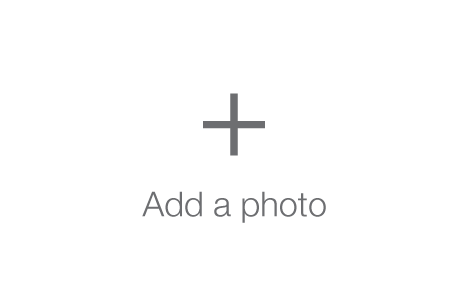 What is an Amazon Print at Home Gift Card and how does it work?

Print at Home cards are paper gift cards that you print yourself when you need it, no planning ahead or last minute trips needed. You download the gift card PDF from Your Orders and you print, fold, and hand deliver to your recipient.

How does the Amazon Print at Home Gift Card differ from the Amazon eGift Card?

How does the Amazon Print at Home Gift Card differ from an Anytime Gift Card?

Anytime Gift Cards are gift cards in premium greeting cards that you order in advance and keep handy for future occasions. Print at Home cards are for when you want a physical gift but don't have anything on hand: just order, print, and give!

Other ways to gift

4.8 out of 5 stars
4.8 out of 5
81,645 global ratings
How are ratings calculated?
To calculate the overall star rating and percentage breakdown by star, we don’t use a simple average. Instead, our system considers things like how recent a review is and if the reviewer bought the item on Amazon. It also analyzes reviews to verify trustworthiness.

Andi
1.0 out of 5 stars Amazon Gift Card Promotion
Reviewed in the United States on August 12, 2018
Gift Amount: 50Design Name: Amazon 'a'Verified Purchase
This was a gift card for my daughter in law to use. I got it as Amazon said I would get a $15.00 credit to my account as a promotional for buying this $50.00 card. But this did NOT happen. I go in to the email I got from Amazon that says thank you for this order and this $15.00 has been credited to your account. But it wasn't!!!! And, my account says I was not eligible for this promotion??????? So, no, I will probably NOT do any further gift cards from Amazon.
Read more
1,012 people found this helpful
Helpful
Report abuse

Kajel the Spoon
1.0 out of 5 stars Support is spotty at best - I lost $250 on this
Reviewed in the United States on September 14, 2017
Gift Amount: 50Design Name: Happy Birthday BalloonsVerified Purchase
I cannot recommend that anyone purchase these. Of course, my story is only the experience of one guy over the attempted purchase of 3 gift cards on separate occasions, but here's my Amazon gift card buying experience:

I purchased one of these print-at-home gift cards for $250. The following day I printed out the gift card and set it via US mail to the recipient. When the recipient tried to use it, it was identified as having already been redeemed. The recipient called Amazon and Amazon said they could not help and they would need to contact the original purchaser of the gift card (me) which they did. I then contacted Amazon who told me the gift card had been used basically immediately upon my purchasing it (on day 1, before I'd even ever opened the PDF) by some person with a name that was completely unknown to me. The Amazon representative informed me that the only way this could happen is if my account was compromised. Essentially they suggested that someone "hacked" my account and did no other damage other than stealing a gift card code off of a PDF that I had never opened. I find this story extremely unlikely and suggested to the Amazon representative (actually several different representatives) that this theory could be proved or disproved by an analysis of my login activity, which Amazon completely ignored. Nevertheless I reset my password as Amazon suggested.

I was told by 3 different Amazon people that my $250 refund had already been processed and I'd be seeing that soon. "Ok, Great." I thought at this point.

This still left me, though, with no gift for my intended recipient. I decided then that this must be an isolated incident so I then purchased another $250 gift card. I sent the number to my friend immediately which he immediately redeemed without issue.

OR SO I THOUGHT... I then went to look at my orders list and wouldn't you know... the most recent gift-card purchase had DISAPPEARED! I contacted Amazon about this new issue, which I assumed was just some mix-up relating to my earlier purchase, and was told by the Amazon representative that this order had "been suppressed for a reason" and that I'd receive some further information about it soon.

I never did. The representative again told me my refund for the earlier gift card (which still shows up in my orders to this day, the second gift card still does not) was already processed and that I'd see it within a few business days. Ok... fine.

BUT WAIT, IT GETS SO MUCH WORSE!

I then attempted to purchase a third gift card, days later... and after hour or so the purchase had not gone through. So, I contacted Amazon yet again. Basically the story at that time was "It's your bank not giving authorization quickly enough, you just have to wait." Again... OK, fine. I'll wait.

A few minutes later after I had ended my conversation with the Amazon representative, my Amazon account was completely disabled. I then had to spend yet MORE time on the phone with Amazon to get my account re-instated. The guy from the "password reset team" that I talked to actually seemed the most knowledgeable of anyone I'd talked to thus far, and was able to re-instate my account, but told me I was barred from purchasing any more gift cards for at least 48 hours. He told me the security issue occurred because I purchased the gift card on my mobile device but then opened the pdf from my work computer (which I do not normally use for Amazon purchases). This still all seems quite odd to me though, considering that when using my work computer I had to go through extra authentication to prove it was me.

It seems like I have not been successful explaining any of this to Amazon in such a way that anyone understands the problem. In short, no one from Amazon was ever able to help me, I wasted hours and hours of my time on this nonsense, and I never got the $250 back.

Yes, I could contact Amazon YET AGAIN (for now the 9th time or something like that) to ask about the missing refund that I was promised several times (in writing, even), but considering that I seem to end up being punished in some way every time I do contact Amazon about this, I've just let it go and resigned myself to being out the $250. I don't really want to lose access to my Amazon account again nor do I want to end up spending more time on the phone with them.

It feels like maybe Amazon doesn't really have the appropriate infrastructure in place to be able to adequately support this product when issues do arise. Of course I'm just theorizing on cause, here.

I have been an Amazon customer since they only sold books. I have had very few issues over the years and the customer service in the past has always been great. This was certainly not the case here.

RS
5.0 out of 5 stars Read this please...
Reviewed in the United States on February 11, 2019
Gift Amount: 50Design Name: Amazon 'a'Verified Purchase
A lot of people are bashing this gift card claiming they did not receive the free $15 promotional credit. Well if you examine and read ALL of the fine print it states that the free promotional credit is ONLY available to NEW gift card customers. That means if you purchased an Amazon Gift Card in the past, then you will not get the free promotional credit. I bought this card and had ZERO issues using it, and i received my free $15 credit with no problems. I had no problems but i can only speak for myself. Hope this helps any potential future purchasers. Have a good day!
Read more
365 people found this helpful
Helpful
Report abuse

Reach
5.0 out of 5 stars nice gift
Reviewed in the United States on November 30, 2019
Gift Amount: 50Design Name: Black Amazon AVerified Purchase
i got 15$ extra when i buy gift card. so i love it
Read more

Josh Harings
1.0 out of 5 stars Promotional goft cards do not work.
Reviewed in the United States on November 10, 2017
Gift Amount: 50Design Name: Happy Birthday BalloonsVerified Purchase
Gift card worked great. The promotion for buy $100 gift card and receive a $15 promotional credit is a scam. Customer service said I did not qualify even though I did everything asked. This is the 2nd month and 2nd gift card it did not work for. Do not trust any promotion from Amazon. 1 hour 40 minutes on hold for them to tell me they don't know why but I don't qualify.
Read more
431 people found this helpful
Helpful
Report abuse

Midwest Mom of 3
5.0 out of 5 stars Fast, very easy and any dollar amount!
Reviewed in the United States on June 28, 2017
Verified Purchase
When I realized my teenage son was going to a birthday party the next day and I had no time to get a gift, this was a lifesaver. In less than 15 minutes I'd ordered and printed the gift card, put it in a gift bag with some tissue paper and DONE.
Big kids love Amazon gift cards because "you can get anything at Amazon"!
When ordering I was stumped for a minute on whether I could get a $15 gift card (not one of the default amounts), but then saw further to the right of the pre-selected amounts you can choose whatever amount you want. More designs for masculine birthday might be nice.
I'd recommend and am sure I will use this again in the future.

Bill
5.0 out of 5 stars Everyone loves Amazon gift cards!
Reviewed in the United States on July 28, 2020
Gift Amount: 50Design Name: Birthday CakeVerified Purchase
Can't get any easier than this. This particular gift card was the printable-at-home-kind, which I inserted into a traditional birthday card for my son.
Read more

5.0 out of 5 stars Everyone loves Amazon gift cards!
By Bill on July 28, 2020
Can't get any easier than this. This particular gift card was the printable-at-home-kind, which I inserted into a traditional birthday card for my son.
Images in this review

Bettie Hamilton
1.0 out of 5 stars Customer Service Tried Real Hard
Reviewed in the United States on October 1, 2017
Gift Amount: 50Design Name: Amazon 'a'Verified Purchase
I was unable to print the card. Tried time and time again. Finally called Customer Service. Representative was extremely cordial and tried everything she could think of but after probably 2 hours was unable to rectify problem. I eventually emailed it to my daughter and she was able to print it without any problem. It was very frustrating to say the least. A couple of weeks in the works before I finally got it resolved.
Read more
104 people found this helpful
Helpful
Report abuse
See all reviews
Back to top
Get to Know Us
Make Money with Us
Amazon Payment Products
Let Us Help You
EnglishChoose a language for shopping. United StatesChoose a country/region for shopping.
© 1996-2021, Amazon.com, Inc. or its affiliates