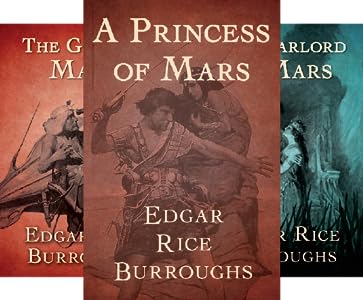 Prospecting in the mountains of Arizona, John Carter is attacked by Apache warriors. Cornered in a cave, he thinks his life is finished, but when he emerges, the Apache are nowhere to be seen and the landscape is like nothing on Earth. John Carter has been transported to Mars—and the universe will never be the same.

The shift in gravity gives Carter superhuman powers of strength, speed, and agility. On Earth, he was but a man. On Mars, he is a god. And he will need all the power he can muster, for the red planet—called Barsoom by its inhabitants—is in the grips of its own civil war. To save the legendary Princess Dejah Thoris, Carter must defeat legions of giant, four-armed green barbarians and travel thousands of miles across a landscape populated with monstrous flora and fauna.

The first volume in Edgar Rice Burroughs’s beloved Barsoom series, A Princess for Mars is one of the wildest and most imaginative tales ever told.

This ebook has been professionally proofread to ensure accuracy and readability on all devices.
Read more
Books in this series (7 books) 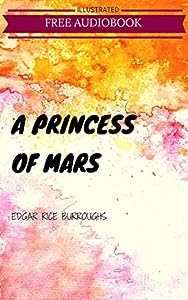 A Princess of Mars by Edgar Rice Burroughs


How is this book unique?

A Princess of Mars (1917) is a science fantasy novel by Edgar Rice Burroughs, the first of his Barsoom series. Full of swordplay and daring feats, the novel is considered a classic example of 20th century pulp fiction. It is also a seminal instance of the planetary romance, a subgenre of science fantasy that became highly popular in the decades following its publication. Its early chapters also contain elements of the Western. The story is set on Mars, imagined as a dying planet with a harsh desert environment. This vision of Mars was based on the work of the astronomer Percival Lowell, whose ideas were widely popularized in the late 19th and early 20th centuries.
Read more

2
The Gods of Mars
by Edgar Rice Burroughs (Author)
4.5 out of 5 stars (666)
This book was converted from its physical edition to the digital format by a community of volunteers. You may find it for free on the web. Purchase of the Kindle edition includes wireless delivery.
Read more

3
Warlord of Mars
by Edgar Rice Burroughs (Author)
4.5 out of 5 stars (507)
This book was converted from its physical edition to the digital format by a community of volunteers. You may find it for free on the web. Purchase of the Kindle edition includes wireless delivery.
Read more

4
Thuvia, Maid of Mars
by Edgar Rice Burroughs (Author)
4.4 out of 5 stars (361)
This book was converted from its physical edition to the digital format by a community of volunteers. You may find it for free on the web. Purchase of the Kindle edition includes wireless delivery.
Read more

5
The Chessmen of Mars
by Edgar Rice Burroughs (Author)
4.5 out of 5 stars (336)
This book was converted from its physical edition to the digital format by a community of volunteers. You may find it for free on the web. Purchase of the Kindle edition includes wireless delivery.
Read more 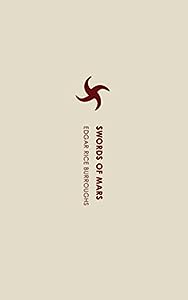 8
Swords of Mars
by Edgar Rice Burroughs (Author) , Paula Benitez (Editor)
4.5 out of 5 stars (78)
John Carter reprises his role of hero as he vows to bring an end to the Assassins Guild. He must travel to one of the moons of Barsoom, Carter then creates a race of secret super assassins to destroy this powerful Guild of Assassins. He ventures to the city of Zedong in a fierce attempt to overthrow Ur Jan the leader of the Assassins. There are many fantastic characters and galaxies in this compelling spy story in this edge of your seat science thriller.
Read more 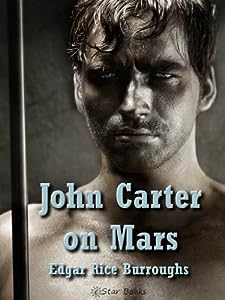 11
John Carter on Mars (Barsoom Book 11)
by Edgar Rice Burroughs (Author)
4.2 out of 5 stars (23)
Includes John Carter and the Giant of Mars and The Skeleton Men of Jupiter.

excerpt
The moons of Mars looked down upon a giant Martian thoat as it raced silently over the soft mossy ground. Eight powerful legs carried the creature forward in great, leaping strides.
The path of the mighty beast was guided telepathically by the two people who sat in a huge saddle that was cinched to the thoat's broad back.
It was the custom of Dejah Thoris, Princess of Helium, to ride forth weekly to inspect part of her grandfather's vast farming and industrial kingdom.
Her journey to the farm lands wound through the lonely Helium Forest where grow the huge trees that furnish much of the lumber supply to the civilized nations of Mars.
Dawn was just breaking in the eastern Martian sky, and the jungle was dark and still damp with the evening dew. The gloom of the forest made Dejah Thoris thankful for the presence of her companion, who rode in the saddle in front of her. Her hands rested on his broad, bronze shoulders, and the feel of those smooth, supple muscles gave her a little thrill of confidence. One of his hands rested on the jewel-encrusted hilt of his great long sword and he sat his saddle very straight, for he was the mightiest warrior on Mars.

Edgar Rice Burroughs
Back to top
Get to Know Us
Make Money with Us
Amazon Payment Products
Let Us Help You
EnglishChoose a language for shopping. United StatesChoose a country/region for shopping.
© 1996-2021, Amazon.com, Inc. or its affiliates