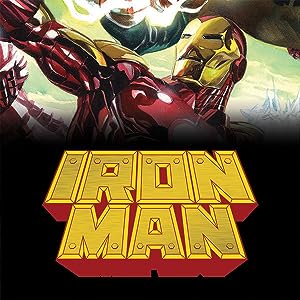 Iron Man (2020-) (26 book series) Kindle Edition
Iron Man (2020-) (26 book series)
Kindle Edition
by Christopher Cantwell (Author) , Jed MacKay (Author)
From Book 1: BIG IRON! Tony Stark is looking to restart his engine. He decides he’s going back to basics, putting away his high-tech toys and high-profile image so he can get his hands dirty again. It’s time to dig into the guts of real machines, put on some old-fashioned metal and fly. But can he really lay that Stark-sized ego down? Life isn’t that simple, something that old friends and frustrating foes are quick to point out. If you strip down a billionaire to his bolts, does he run solid or just overheat? Tony’s going to find out once a threat to the entire universe rears its head from the past. As he suits up again, Tony remains sure of one thing: he’s still IRON MAN down to his flesh and blood core.
Read more 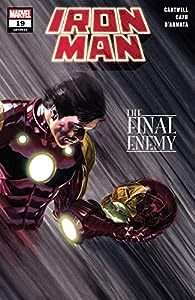 Iron Man (2020-) #19
by Christopher Cantwell (Author) and 2 more
4.5 out of 5 stars (87)
$1.99
AT LAST, THE STUNNING CONCLUSION OF THE BOOKS OF KORVAC! Tony Stark must face Michael Korvac once again, and once and for all. No cosmic powers, no allies or henchmen, and no...armor? This is the very end of a very long and very rocky journey; Tony’s going to have to get by on his own blood, sweat, and tears. For the first time in his life, he’s all out of ideas.
Read more
Sign up and save an extra 15% on this book
Error in processing your request, please try again later. 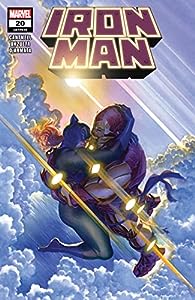 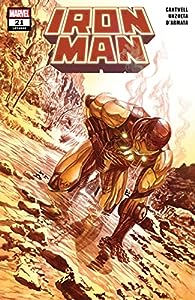 Jed MacKay
Discover more books by the author, see similar authors, read author blogs, and more here
Back to top
Get to Know Us
Make Money with Us
Amazon Payment Products
Let Us Help You
EnglishChoose a language for shopping. United StatesChoose a country/region for shopping.
© 1996-2022, Amazon.com, Inc. or its affiliates