Skip to main content
The Nantucket Restaurant series (2 book series) Paperback Edition
The Nantucket Restaurant series (2 book series)
Paperback Edition
by Pamela M. Kelley (Author)
The Wall Street Journal and USA Today bestselling book, The Restaurant and holiday sequel, Christmas at the Restaurant. A feel-good romantic women's fiction series.
Read more
You've subscribed to The Nantucket Restaurant series! We will preorder your items within 24 hours of when they become available. When new books are released, we'll charge your default payment method for the lowest price available during the pre-order period.
Update your device or payment method, cancel individual pre-orders or your subscription at
Your Memberships & Subscriptions
There was an error. We were unable to process your subscription due to an error. Please refresh and try again.
Books in this series (2 books) 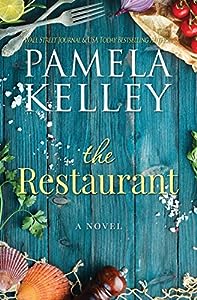 1
The Restaurant
by Pamela M. Kelley (Author)
4.1 out of 5 stars (14,681)
Three sisters. An inherited Nantucket restaurant. One year before they can sell.Mandy, Emma and Jill are as close as three sisters who live hundreds of miles apart can be. They grew up together on Nantucket, but Mandy is the only one that stayed.Jill lives a glamorous life in Manhattan as a co-owner of a successful executive search firm. Never married, she is in her mid-thirties and lives in a stunning, corner condo with breathtaking views of the city and Hudson river. Everyone thinks there's something going on with her partner, Billy, because as a workaholic, she spends more time with him than anyone else. But there's never been anything but friendship between them and Billy loves being a bachelor in NYC.Emma lives in Arizona and is an elementary school teacher and an aspiring photographer. She met her college professor husband, Peter, in grad school and they've been married for almost thirteen years. In recent years, she's noticed that Peter has grown distant. But when he shares a surprising secret, she doesn't see it coming and her world is turned upside down.Mandy followed her high school boyfriend, Cory to Boston College, and right after graduation, they married and settled in Dover, just outside of Boston. Cory joined a successful hedge fund, while Mandy took a job at a downtown financial services firm as an administrative assistant. She quit a year later, when Blake, the first baby came. Two years later, when Brooke was born, Cory left to open a competing Hedge Fund and they moved home to Nantucket. Now that the children are older, Mandy has more free time and is eager to do more than just volunteer with local charity events. But Cory doesn't want her to work. He thinks it doesn't reflect well on him and appearances are everything to Cory. Though when Mandy finds a second cell phone in his gym bag, she begins to question what is really going on.When their beloved grandmother, Rose Ferguson passes peacefully in her sleep a week before her ninety-ninth birthday she leaves them quite a surprise. In addition to her Nantucket home, they learned that she was the silent owner of Mimi’s Place, one of Nantucket’s most popular year-round restaurants. There is of course, a catch--she left the restaurant equally to Mandy, Emma, and Jill--and also to Paul, the chef for the past twelve years.And before they can sell, all three girls need to work at the restaurant for a period of one year--or else their shares will go to Paul--who was also Emma’s first love. Three sisters inherit a Nantucket restaurant and must work together for a year--or lose their shares to the chef. Paul was Emma's first love, and now he's their business partner.
Read more 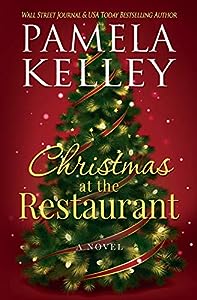 2
Christmas at the Restaurant
by Pamela M. Kelley (Author)
4.4 out of 5 stars (7,301)
Nantucket's famous Christmas Stroll is always the first week of December and this year sisters Mandy and Emma and Paul, the executive chef want to do something extra special for Mimi's Place, the restaurant that they co-own. It will be Emma and Paul's first Christmas together as a couple and Mandy's first holiday as a newly single and divorced mother of two. Although Mandy does have a promising new relationship, though she wants to take things very slow. Their sister Jen and her new husband, Billy, are planning to spend the whole month of December on Nantucket too, juggling working remotely for the executive search firm they own together in Manhattan and relaxing and spending time with family and helping out at the restaurant too. And Gina, their awesome bartender is spending her first winter on Nantucket and it's a bit of an adjustment--winters on Nantucket are so much quieter than the city life she was used to. She's even more confused when someone she had a major crush on back in the city moves to Nantucket. Suddenly her boring winter is starting to look a lot more interesting.
Read more

3.5 out of 5 stars
3.5 out of 5
4 global ratings
How are ratings calculated?
To calculate the overall star rating and percentage breakdown by star, we don’t use a simple average. Instead, our system considers things like how recent a review is and if the reviewer bought the item on Amazon. It also analyzes reviews to verify trustworthiness.
Top reviews

Quilter Creator
5.0 out of 5 stars Kindle is available
Reviewed in the United States on December 27, 2020
FYI, I received both of her books via kindle in the Restaurant series.
Read more
20 people found this helpful
Helpful
Report abuse

Amazon Customer
1.0 out of 5 stars No Kindle version... DISAPPOINTED
Reviewed in the United States on December 7, 2020
Why can’t I buy the kindle version? It’s an option Uber the book! I read the free sample... thank you but I don’t want the paper book. Very disappointing
Read more
21 people found this helpful
Helpful
Report abuse

SueRobTx
4.0 out of 5 stars A lot of trouble getting more than the sample
Reviewed in the United States on April 5, 2021
Why so difficult to get the Kindle version?
Read more
12 people found this helpful
Helpful
Report abuse

Amazon Customer
4.0 out of 5 stars They were both very special.
Reviewed in the United States on May 3, 2021
I enjoyed both book one and book two of Pamela Kelley’s restaurant series. Margaret C. kraft
Read more
3 people found this helpful
Helpful
Report abuse
See all reviews
More About the Author 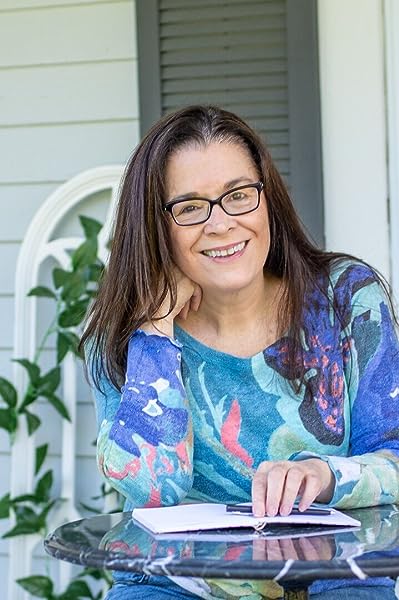 She lives in a historic seaside town near Cape Cod and just south of Boston. She has always been an avid reader of women's fiction, romance, mysteries, thrillers and cook books. There's also a good chance you might get hungry when you read her books as she is a foodie, and occasionally shares a recipe or two.

Feel free to sign up for her list to hear about new releases as soon as they are available as well as extras like early bird discounts. Just cut and paste into your browser, http://eepurl.com/IZbOH

Thank you!
~Pam
Read more
Back to top
Get to Know Us
Make Money with Us
Amazon Payment Products
Let Us Help You
EnglishChoose a language for shopping. United StatesChoose a country/region for shopping.
© 1996-2021, Amazon.com, Inc. or its affiliates