Amelia Tate has never so much as breathed near an exercise bike, and yet her editor wants her to write a feature on Dom Fitness. The only problem? They won’t let her inside to interview the trainers unless she becomes a member herself. Fine! She’ll join. And then she’ll tell the world just how dumb Dom Fitness is.

To Amelia’s shock, being dominated by Dom isn’t horrible. In fact, it feels amazing, and she starts to crave him both inside the gym and out, even though that’s definitely against club rules. Pfft, rules? It’s not just Amelia that’s about to get bendy. Daddy Dom doesn’t call her his naughty brat for nothing.

2
Gym Bunny (Dom Fitness Book 2)
by Brianna Hale (Author)
3.9 out of 5 stars (69)
Livia’s back on her feet after a toxic dom/sub relationship that left her self-esteem in tatters. Now, Dom Fitness has opened on her street, reminding her of every terrible thing her ex made her believe about herself. A place like Dom Fitness is dangerous, and especially dangerous is the gorgeous personal trainer Trey with his entrancing green eyes and luscious muscles. Trey loves his job as a trainer at Dom Fitness, but he’s a daddy without a bunny and it hurts his heart. After meeting Livia, he can’t get the curvy blonde out of his head. The trouble is, Livia doesn’t trust any man who wants to tell her what to do, let alone change her body. But Trey thinks Livia is perfect as she is. He just wants to make her sweat, inside the gym and out. Even if he has to break every rule at Dom Fitness to make Livia his. AUTHOR'S NOTE: This novella of 20,000 words was previously part of the Dirty Daddies 2020 Anniversary anthology. It's been expanded with a new epilogue and can be read as a standalone.
Read more 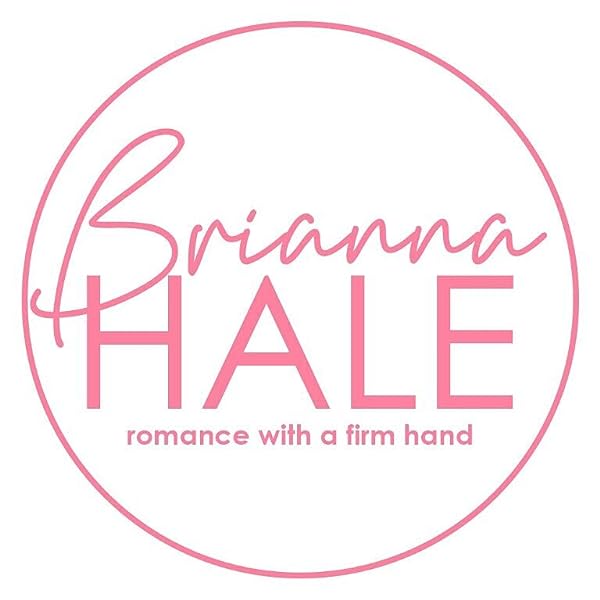 Newsletter sign up! Copy and paste into browser http://bit.ly/2Wl7AGK

There's nothing Brianna Hale likes more than a large, stern alpha male with a super-protective and caring streak, and when she's not writing about them she can usually be found with a book, a cocktail, planning her next trip to a beautiful location or attending the theatre. She believes that pink and empowerment aren’t mutually exclusive, and everyday adventures are possible. Brianna lives in London.