2
12 Days Of Christmas 2016 (12DAYS Book 2)
by matthew cash (Author) and 9 more
3.0 out of 5 stars (1)
Last year saw the launch of Burdizzo Books 12days anthology. It began with twelve stories based on each day of the twelve days of Christmas. These are those stories in a collected separate volume. Each year we plan to rewrite these with different authors.
Read more

3
12days of christmas 2017
by Matthew Cash (Author) and 9 more
5.0 out of 5 stars (3)
12days is back once again with twelve more versions of each line from the famous Christmas song. See what wonders they inspired this year.
ALL PROCEEDS GO TO CYSTIC FIBROSIS TRUST
Read more 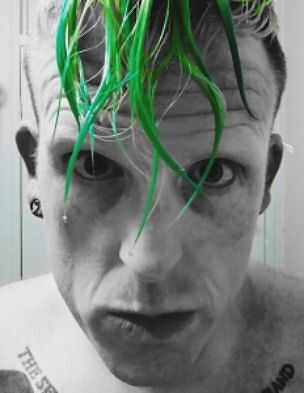 Matthew Cash, or Matty-Bob Cash as he is known to most, was born and raised in Suffolk; which is the setting for his debut novel Pinprick. He is compiler and editor of Death By Chocolate, a chocoholic horror Anthology and the 12Days: STOCKING FILLERS Anthology. In 2016 he launched his own publishing house Burdizzo Books and took shit-hot editor and author Em Dehaney on board to keep him in shape and together they brought into existence SPARKS: an electrical horror anthology, The Reverend Burdizzo’s Hymn Book, Under The Weather* and Visions From the Void ** and he has numerous solo releases on Kindle and several collections in paperback.

Originally with Burdizzo Books, the intention was to compile charity anthologies a few times a year but his creation has grown into something so much more powerful *insert mad laughter here*. He is currently working on numerous projects, his third novel FUR was launched in 2018.

*With Back Road Books

He has always written stories since he first learnt to write and most, although not all, tend to slip into the many layered murky depths of the Horror genre.

His influences ranged from when he first started reading to Present day are, to name but a small select few; Roald Dahl, James Herbert, Clive Barker, Stephen King, Stephen Laws, and more recently he enjoys Adam Nevill, F.R Tallis, Michael Bray, Gary Fry, William Meikle and Iain Rob Wright (who featured Matty-Bob in his famous A-Z of Horror title M is For Matty-Bob, plus Matthew wrote his own version of events which was included as a bonus).

He is a father of two, a husband of one and a zoo keeper of numerous fur babies.

You can find him here: 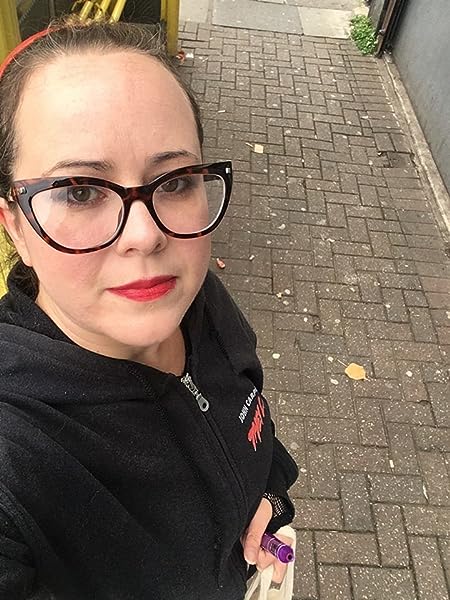 Suitably labelled “The Queen of Filth”, extremist author Dani Brown’s style of dark and twisted writing and deeply disturbing stories has amassed a worrying sized cult following featuring horrifying tales such as “56 Seconds”, “Becoming” and the hugely popular “Ketamine Addicted Pandas”. Merging eroticism with horror, torture and other areas that most authors wouldn’t dare, each of Dani’s titles will crawl under your skin, burrow inside you, and make you question why you are coming back for more. 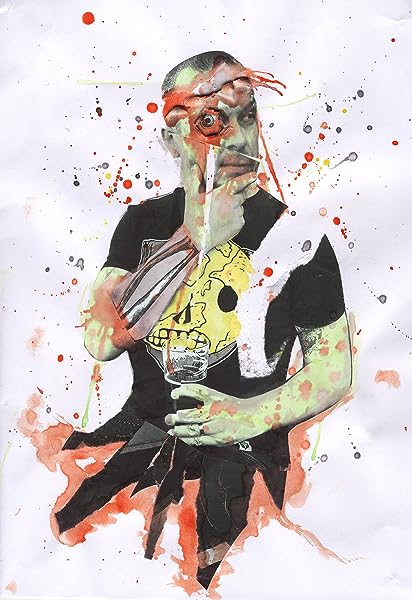 Since 2014, Duncan P. Bradshaw has been quite merrily teabagging the boundaries between genre fiction. Having gone through an early period of writing about the undead and other random thoughts, he has now entered his GoreCom phase, having settled on his style; a mix of horror, comedy and bizarro.

You can expect blood, guts, bodily secretions and maybe, if you're lucky, a few hearty guffaws along the way. Check out the books in my GoreCom series; MR SUCKY, the only book about a murderous vacuum cleaner, b-movie spectacle, CANNIBAL NUNS FROM OUTER SPACE!, fourth-wall breaking, DON'T SMELL THE FLOWERS! THEY WANT TO STEAL YOUR BONES! and keep an eye out for the next release, CONGRATULATIONS! YOU'VE ACCIDENTALLY SUMMONED A WORLD-ENDING MONSTER. WHAT NOW? due out in September 2021.

My zombie short story collection, CHUMP, was nominated for a Saboteur Award in 2017. In addition, I've had short stories published in a variety of anthologies, and shared pages with some of the leading lights in genre fiction.

do stop by and say hello, its good to talk to real humans.

'Bradshaw always walks his very own path, there's no one else out there writing anything remotely similar to the stuff he thinks up...if Dostoyevsky is the Rembrandt of the literary world, then Bradshaw is surely the Andy Warhol.' - DLS Reviews 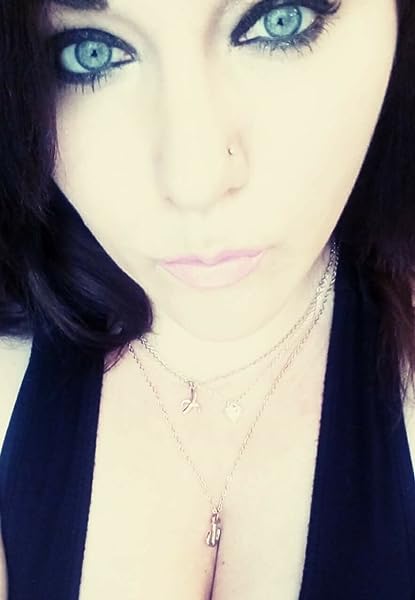 Delphine Quinn is a new author who had dabbled in genres ranging from extreme horror to bizarro to psychological horror. She is soon to be featured in a poetry anthology, and is currently working on a dystopian novella.

Delphine lives in the southern Midwest with her best friend and love of her life, her husband. She also spends her time with her rescue cat, Coco, and has been blessed with many dear and supportive friends throughout the writing community. When she isn't writing, she works and tries to read as much as possible.

Please feel free to contact her via her website, http://www.delphinequinn.com . She loves to hear questions or comments, good or bad, from readers and other authors. 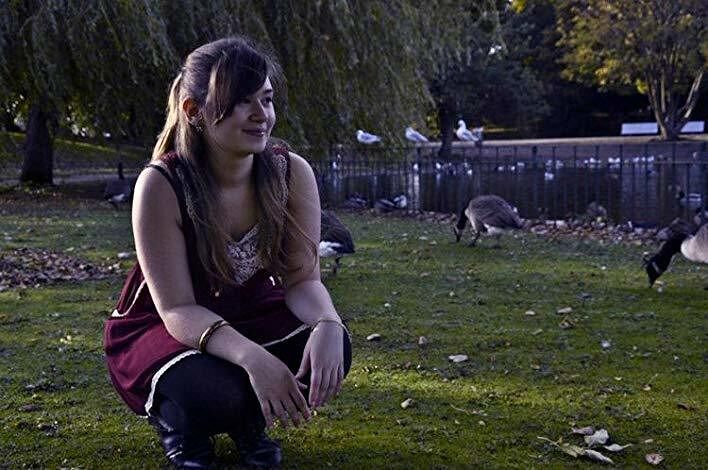 Holly Ice loves the unusual, and subjects which bring out a numinous longing for more than reality can provide - for monsters, romance, skirmishes and magic. She holds out hope that these creatures are hiding so well they are yet to be discovered, rather than purely a figment of over-active imaginations. While these supernatural creatures are waiting to reveal themselves, her pet preference is staunchly feline, and very fluffy.

She hails from a small town in the Cotswolds, UK, and graduated with a First Class Hons BA in Creative Writing from Staffordshire University.

The latest news and updates can be found on her official website: 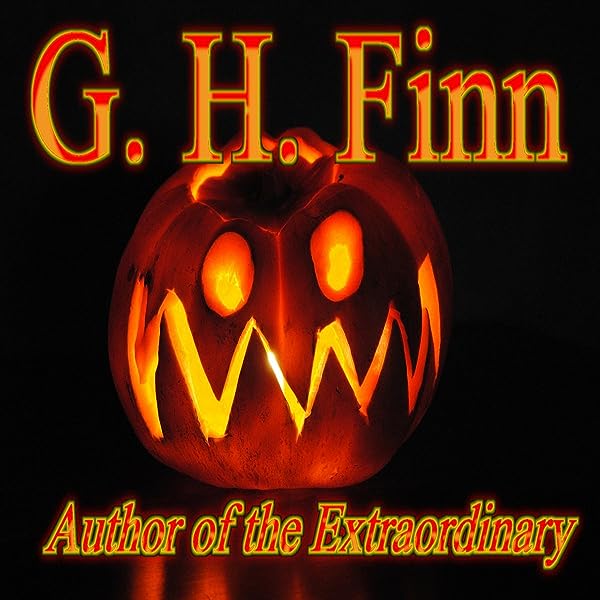 G. H. Finn is the pen name of someone you are very unlikely to have heard of but who keeps his real identity secret anyway in order to escape the eternal wrath of the ever vengeful, eldritch Elder Gods. Or possibly in the forlorn hope of one day being mistaken for a superhero (It hasn't happened yet).

Having written non-fiction for many years, G. H. Finn decided to start submitting short-stories to publishers in early 2015. He was flabberghasted when the first piece of fiction he had ever submitted was selected for publication. He was even more gobsmacked to discover that he really was going to be paid actual hard cash for the story. At that point he decided that there might be something to this writing lark afterall.

For around 20 years, G. H. Finn lived on one of the remote Northern Isles of Orkney. At times in his career he has been an amateur strongman, a breeder of rare & endangered birds, a professional martial arts instructor, a teacher of Norse mythology, a bodyguard, a deep-sea diver, a computer programmer, a performance poet, a coach to world-record breaking athletes, a singer in a punk band, a massage therapist, a champion needleworker, an international currency smuggler, a consulting sorcerer and an elephant keeper. Three of these are total lies, the others are all true, but you'll have to guess for yourself which is which. 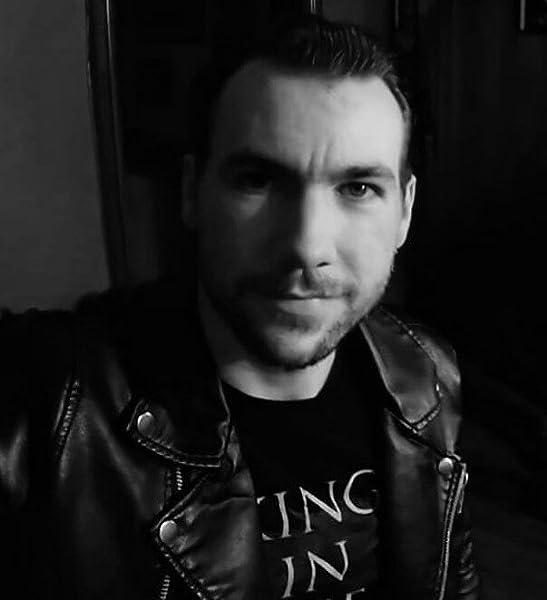 Lex Jones was born and raised in Sheffield, north England, in 1985. A keen writer from a young age, he was always fascinated with the supernatural and is obsessed with stories. He loves films, books, theatre, videogames, graphic novels, anything with a good story that captures the imagination. His books tend to have a supernatural (or at least 'unusual') undercurrent, as this moves them away from the more boring aspects of real life.