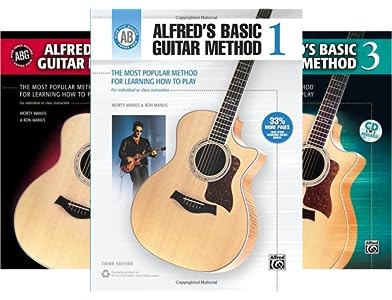 Book 1 covers how to hold your guitar, tuning your guitar, basics of reading music, notes on all six strings, chords, scales and songs, bass-chord accompaniments, duets, photos and diagrams, and acoustic and electric guitars. 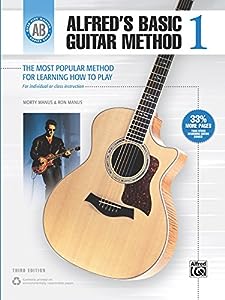 Book 1 can be used for acoustic or electric guitar and covers how to hold your guitar, tuning, the basics of reading music, the notes on all six strings, chords, scales, songs, bass-chord accompaniments, and duets.

Titles:
* Singin' in the Rain
* Take Me Home Country Roads
* Over the Rainbow
* Annie's Song
* When the Saints Go Marching In
Read more 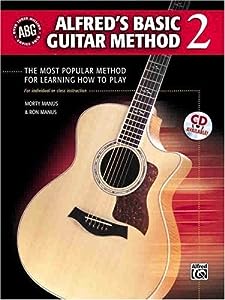 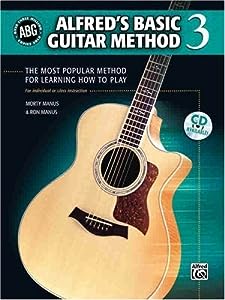 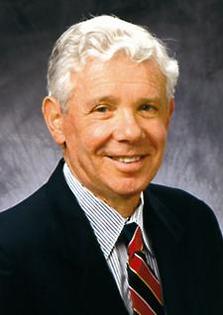 Morton Manus
Biography
Morty Manus is president of Alfred Music Publishing Co., Inc. When Morty joined the company, he had recently received a business degree from City College of New York. As a clarinetist and pianist, he saw the need for quality music education publications. Drawing upon his musical experiences, Morty oversaw the development of instructional publications for accordion, guitar, piano, and drums; performance music for band, orchestra, chorus, and music theory.

Morty is the author and editor of numerous Alfred titles, including Alfred's Basic Guitar Course, Alfred's Basic Piano Library, Alfred's Adult Piano Course, and Essentials of Music Theory. In 2008, he received an honorary doctorate degree in music from the VanderCook College of Music in Chicago for "having made a significant contribution to the music education profession as evidenced by his outstanding creative achievements, scholarship and leadership."

Morty met his wife Iris when she was working for Alfred on Saturdays. Iris has worked on a full-time basis for Alfred since the late 1960s, and maintains the position of executive producer.
Read more 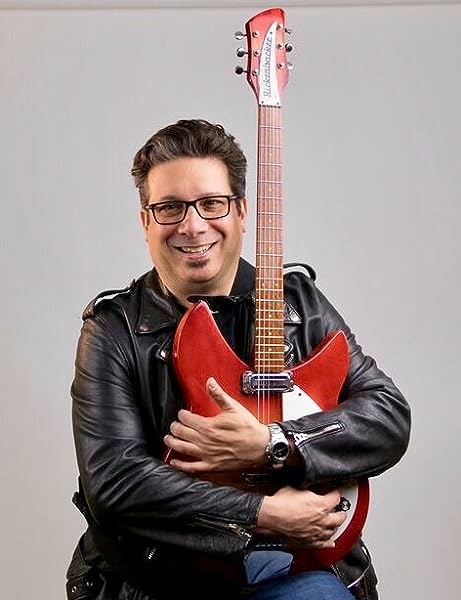 Ron Manus
Biography
Ron Manus is the third generation of the Manus family helping to lead Alfred Music into the future. Ron joined Alfred Music in 1988 and today is the company's Chief Business Development Officer.

Ron's energetic and creative contributions to Alfred Music have improved the company in many vital ways. In the late 1980s, he managed the creation and growth of Alfred's New Media division, expanding the company's core strengths beyond book publishing and spurring the evolution of music instruction into contemporary mediums such as software, enhanced CDs, videos, DVDs, and later streaming content. He also played a major role during the 1990s when the company transitioned to a team-based structure, a system that allows the business to react more quickly to changing market opportunities. In 2005, Ron was an instrumental part in the acquisition of Warner Brothers Publications from the Warner Music Group which brought into the company the music of George and Ira Gershwin, Duke Ellington, Tony Bennett, Led Zeppelin, the Eagles, The Rolling Stones, Madonna, Van Halen, Green Day, and hundreds more.

Ron is one of Alfred's top-selling authors, having over 100 published titles to his credit, including instructional items for guitar, bass, banjo, harmonica and ukulele.
Read more
Back to top
Get to Know Us
Make Money with Us
Amazon Payment Products
Let Us Help You
EnglishChoose a language for shopping. United StatesChoose a country/region for shopping.
© 1996-2021, Amazon.com, Inc. or its affiliates