A killer strikes on a sail training ship half way across the Atlantic Ocean.

Communications with shore have been severed.

The killer could be anyone on board. Can Captain John Otter weather the storm, keep his students safe, and find the killer in time?

A killer strikes on a sail training ship half way across the Atlantic Ocean.

Communications with shore have been severed.

The killer could be anyone on board. Can Captain John Otter weather the storm, keep his students safe, and find the killer in time?

"Fun, exciting read. Captain John Otter takes us on another fast-paced, thrilling adventure on the high seas that left me wanting more. Otter faces a murder mystery aboard a transatlantic voyage that had me guessing till the end. I cannot wait for the third book in the series."
Read more

2
The Tahitian Pearl: A John Otter Novel (John Otter Novels Book 2)
by Sean Blaise (Author)
4.2 out of 5 stars (195)
A businessman is found murdered in a Monaco Hotel room.

A billionaire’s yacht is attacked by pirates.

The search for a 500 year old treasure ship has just turned deadly.

John Otter is in the middle of it all, and he must stay ahead of those pursuing him before it costs him his life. Can he trust those closest to him?

"Congratulations to author Sean Blaise for writing a first class nautical thriller! The plot was fast paced with very believable characters and high drama especially on the high seas! This is an author worth watching and following! Let's hope we don't have to wait for to long for a sequel?"

"One of the best books that I have read for years much better than Clive Cussler who when you read one book you have read them all. I look forward to all of his new books."

"I love a good action/thriller. I became tired of the old guards of this genre, Cussler, Hall, Chrighton et all. It is a refreshing take on reality (or at least more believable) than that. I'm not sure why but it was nice to meet a new crew. John Otter seems a bit more real to me....I don't know if it will last but I did enjoy this book."
Read more 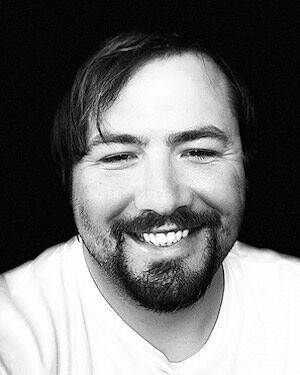 Sean Blaise
Biography
Captain Blaise grew up on the water since he was six months old. He lived aboard a 30' sailboat in Miami florida for the first 10 years of his life, until hurricane Andrew destroyed the vessel (while he hung on to the bottom of the boat).  He left his nautical roots, to travel with his family, living in Thailand for 3 years, Saudi Arabia for 2 and Germany for one additional year.

In 2000 Sean attended the world famous Maine Maritime Academy. After two years of intensive nautical training, he decided to take a hiatus for a year and gain real world experience. He visited Key West, Fl and fell in love with a boat called the "America". She was a 145' shiny black schooner that called the Schooner Wharf Bar home. Sean spent a year on her in Key West, teaching sailing, and the history of Key West to her customers. Its been his passion ever since, and he fell in love with Key West.

Cpt. Blaise finished his degree at Maine Maritime, graduting Summa Cum Laude from the school. Since then he has sailed professionaly on nearly every type of vessel imaginable, and traveled the world. He was Mate and later Captain on a sail training ship on a world wide voyage that ranged from the shores of South Africa, to the islands of Greece, covering over 20,000 miles at sea that year alone. Cpt Blaise has over 150,000 miles at sea and a U.S. Coast Guard 1600 Ton Master All Oceans License, Unlimited 2nd Mate, Master of Towing All Oceans. He currently resides in Key West, Fl where he works for himself giving Historic Harbor Tours.
Read more
Back to top
Get to Know Us
Make Money with Us
Amazon Payment Products
Let Us Help You
EnglishChoose a language for shopping. United StatesChoose a country/region for shopping.
© 1996-2021, Amazon.com, Inc. or its affiliates