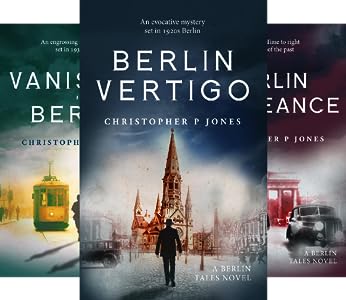 Berlin. 1928. A golden era where darkness is brewing.

When Thomas Strack witnesses the murder of a young man, all is not what it seems. Compelled to discover the truth about the victim's identity, Thomas must confront the idea that his closest friend is a killer.

Set against the backdrop of jazz-age decadence and the political tensions of Weimar Germany, Thomas tracks down the facts and finds he must face a growing dilemma. If he cannot get to the heart of its secret, will he pay with his own fate? Or will his friend get away with murder?

Berlin Vertigo is a historical mystery set in the divided world of Weimar Berlin. This bold evocation of an era, with an engaging cast of characters, will transport you into the beating heart of the modern metropolis. It is a story of love and friendship, subterfuge and betrayal — with a twist in the tale.

Berlin Vertigo is the first book in the Berlin Tales series and can be read as a stand-alone.

What readers of Berlin Vertigo are saying:

"A very compelling book that had me interested from the start. It's a very well written story about a range of characters who live in the Berlin and Potsdam district of pre-war Germany. I read through the book quickly and was impressed by the twist and turns. I'll definitely be buying the next book in the series. Excellent!" ★★★★★ Amazon reviewer

"The author is very imaginative in his use of words, and there are unexpected and intriguing twists and turns in the fast moving plot. Above all the characters are richly drawn and jump out of the page. Very much looking forward to the next book in the series. " ★★★★★ Amazon reviewer

"Thoroughly enjoyable read set in Weimar Republic 1920's Berlin / Potsdam which captures the period and atmosphere perfectly. Some really nice twists to the story which kept me turning the pages and I look forward to the next book by this author. " ★★★★★ Amazon reviewer

When Monika Goldstein, a young Jewish woman goes missing, it is only Arno Hiller who can find her. But his search must come at a price, a dark past that threatens to catch up with him.

As events speed up, Arno enters the unpredictable world of the Nazi Party, where deception is the name of the game.

Set in the grip of corrupt officials and dangerous politics, Arno must choose his moves carefully.

Will his enemies trust him? Or has he lost Monika forever?

Both Monika and Arno take fate into their own hands, as they fight against the powers that seek to separate them.

Told from the intimate perspective of two young sweethearts caught between love and danger, Vanished in Berlin is an immersive and evocative suspense set in the seething brew of 1930s Germany.

Vanished in Berlin is the second book in the Berlin Tales series and can be read as a stand-alone.

What readers of Vanished in Berlin are saying:

"I loved this book. With richly drawn characters, a peek into the world of Berlin art and a plot full of suspense I found I was gripped until the very last page." ★★★★★ Amazon reviewer

"This is an intriguing story with strong characters in Monika and Arno ... a Jewish girl and German boy in the 1930's. The author does a fantastic job taking you back to the times with his detailed and descriptive writing and perfectly painted scenes." ★★★★★ Goodreads reviewer

"What a wonderful read! Filled with historic references, espionage, intrigue and a bit of romance. Well-defined characters and background made me feel like I was walking the cobbled streets of Germany in the 1930’s. A storyline that crossed the social and economic cultures between a German boy and Jewish girl warmed my heart. Thank you for sharing this wonderful read." ★★★★★ Amazon reviewer

3
Berlin Vengeance: Historical suspense set in 1933 Berlin (Berlin Tales Book 3)
by Christopher P Jones (Author)
Berlin, 1933. A body is found inside a burnt-out motorcar. The victim was a an old Nazi Party member who betrayed his colleagues.

But all is not as if seems…

The murderer has made a fatal mistake of leaving behind the murder weapon at the crime scene. Now he must repair the error or else face the consequences of his deadly actions so far.

When the detective and the criminal realise that they have a shared history together, a new set of possibilities begins to present itself. As the Nazi grip on the metropolis of Berlin tightens, right and wrong begin to swap places.

Berlin Vengeance is the third book in the Berlin Tales series.
Read more 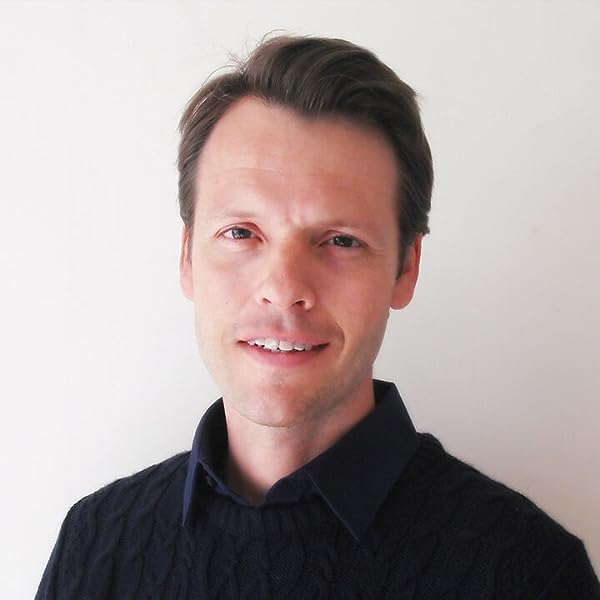 Christopher P Jones is a fiction and non-fiction author. His historical and literary fiction features complex characters with rich details of time and place. His non-fiction writing focuses on art and art history. He is the author of "How to Read Paintings", which explores the meaning of fifteen different works of art.

He is fascinated by the possibility of opening up a window onto the past. He is currently midway through a series of mystery novels set in Berlin in the late 1920s, the first of which, "Berlin Vertigo", was published in spring 2020.

He is also an artist.
Read more
Back to top
Get to Know Us
Make Money with Us
Amazon Payment Products
Let Us Help You
EnglishChoose a language for shopping. United StatesChoose a country/region for shopping.
© 1996-2021, Amazon.com, Inc. or its affiliates