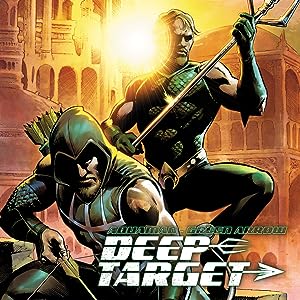 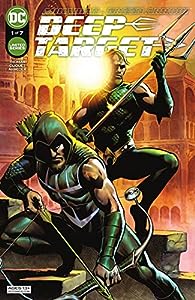 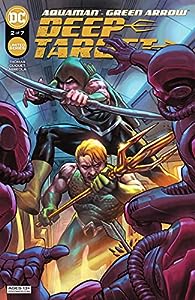 Aquaman/Green Arrow - Deep Target (2021-) #2
by Brandon Thomas (Author) and 5 more
3.3 out of 5 stars (3)
$3.99
As Aquaman and Green Arrow work to piece together the mystery of the altered timeline, Scorpio’s General Anderton gets an upgrade of his own.
Read more
Sign up and save an extra 10% on this book 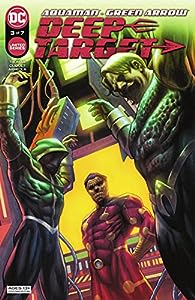 Aquaman/Green Arrow - Deep Target (2021-) #3
by Brandon Thomas (Author) and 5 more
4.0 out of 5 stars (1)
$3.99
Captured by Scorpio, Aquaman and Green Arrow must endure General Anderton’s torture long enough to find a way to escape. They are in for a big surprise as they discover that they are being held in the last place they thought possible!
Read more
Sign up and save an extra 10% on this book 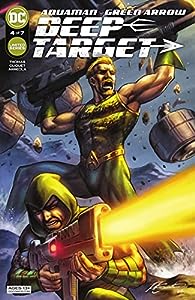 Aquaman/Green Arrow - Deep Target (2021-) #4
by Brandon Thomas (Author) and 5 more
4.0 out of 5 stars (1)
$3.99
After last issue’s revelation, Aquaman and Green Arrow must double their efforts to escape and thwart Scorpio’s plot to rewrite time to their own agenda!
Read more
Sign up and save an extra 10% on this book 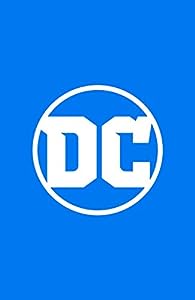 Aquaman/Green Arrow - Deep Target (2021-) #5
by Brandon Thomas (Author) and 5 more
$3.99
Bang! Zoom! To the moon?! After finding themselves stranded on the moon, Aquaman and Green Arrow work to get back to Earth. The problem is that this isn't the Earth either of them remember! Scorpio has once again altered the timeline to resemble something a little more...Jurassic?!
Read more 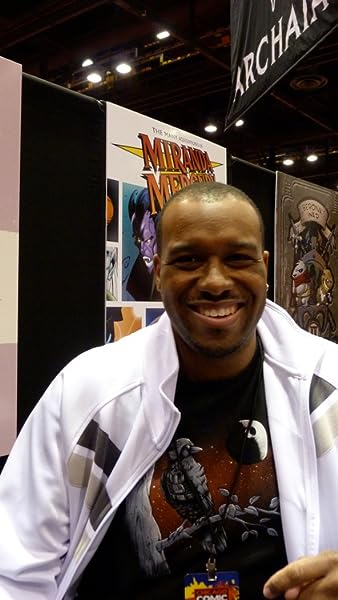 Brandon Thomas
Biography
Brandon Thomas has been writing about comics since 2001, and writing them professionally since 2003. He has written comics for several publishers, including Marvel, Arcade, Dynamite, and DC Entertainment, and has published over 300 original columns. His first creator-owned project The Many Adventures of Miranda Mercury shipped from Archaia Entertainment to widespread critical acclaim, leading to his biggest comics project to date-- the sci-fi conspiracy thriller Horizon (co-created with artist Juan Gedeon) and published by Skybound Entertainment.

He lives and writes in the San Diego area, with the assistance of his wife and their puppies, Drake and Skye(walker).
Read more
Back to top
Get to Know Us
Make Money with Us
Amazon Payment Products
Let Us Help You
EnglishChoose a language for shopping. United StatesChoose a country/region for shopping.
© 1996-2022, Amazon.com, Inc. or its affiliates