the end of history... (NHB Modern Plays) and millions of other books are available for Amazon Kindle. Learn more

Usually ships within 3 to 5 days. 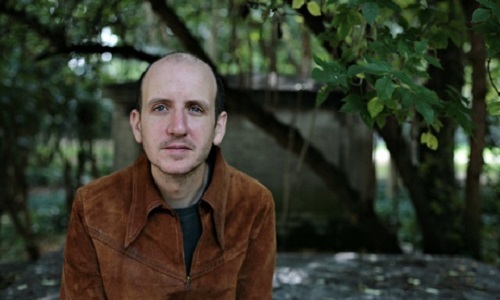 by Jack Thorne (Author)
4.0 out of 5 stars 2 ratings
See all formats and editions
Sorry, there was a problem loading this page. Try again.

Newbury, 1997. Sal is attempting to cook dinner for the family. She and husband David have pulled off a coup and gathered their brood back home for the weekend. Eldest son Carl is bringing his new girlfriend to meet everyone for the first time; middle daughter Polly is back from Cambridge University for the occasion; and youngest Tom will hopefully make it out of detention in time for dinner.

Sal and David would rather feed their kids with leftist ideals and welfarism than fancy cuisine. When you’ve named each of your offspring after your socialist heroes, you’ve given them a lot to live up to. . .

"Thorne has a gift for dialogue... a sophisticated unhappy families sitcom."

"Clever and highly intriguing... has a clever, accelerated Posy Simmonds-meets-Ionesco air, and throughout is a devastating verbal spree... a piercing look at the liabilities (and benefits) of being the offspring of political idealists... both satire and celebration."

"Absorbing... Thorne is a writer of immense emotional intelligence and his dialogue regularly devastates.

Jack Thorne writes for theatre, film, television and radio. His theatre credits include "Hope" and "Let The Right One In," both directed by John Tiffany, "The Solid Life of Sugarwater" for the Graeae Theatre Company, "Bunny" for the Edinburgh Fringe Festival, "Stacy" for the Trafalgar Studios, " 2nd May 1997" and "When You Cure Me" for the Bush. His adaptations include "The Physicists" for the Donmar Warehouse and "Stuart: A Life Backwards" for Hightide. On film his credits include "War Book," "A Long Way Down" and "The Scouting Book for Boys." For television his credits include "The Last Panthers," "Don t Take My Baby," " This Is England," "The Fades," "Glue" and "Cast-Offs" and the upcoming "National Treasure." In 2012 he won BAFTAs for best series ("The Fades") and best serial ("This Is England 88").

4.0 out of 5 stars
4 out of 5
2 global ratings
How are ratings calculated?
To calculate the overall star rating and percentage breakdown by star, we don’t use a simple average. Instead, our system considers things like how recent a review is and if the reviewer bought the item on Amazon. It also analyzes reviews to verify trustworthiness.
Top reviews

C. O'Shaughnessy
3.0 out of 5 stars Thematic working out of plot
Reviewed in the United Kingdom on July 19, 2019
Verified Purchase
I liked the fluid dialogue and intriguing premise that offspring are likely to grow away from parental influences, with devastating repercussions when it comes to rejecting their parents' deeply-held political views. Told over three decades, the narrative has said all it meant to say in the first section and what follows is all too predictable. Moments of wit, humour and, in the last section, an affecting monologue of grief, alleviate a relentlessly thematic unfolding of what drama there is.
Read more
Report abuse
See all reviews
Back to top
Get to Know Us
Make Money with Us
Amazon Payment Products
Let Us Help You
EnglishChoose a language for shopping. United StatesChoose a country/region for shopping.
© 1996-2022, Amazon.com, Inc. or its affiliates