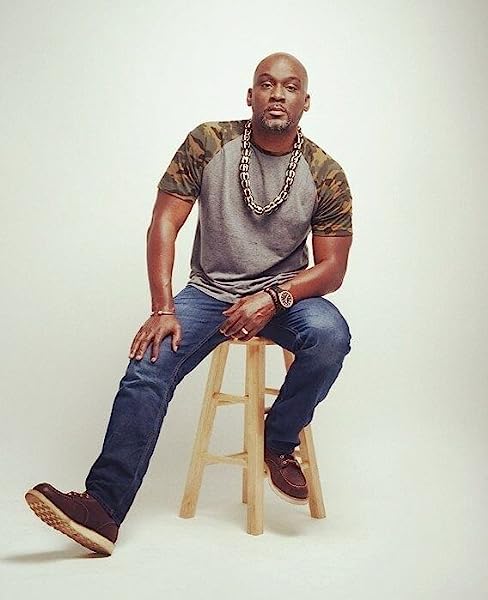 The Queen of Kindergarten Hardcover – Picture Book, May 24, 2022

A confident little Black girl has a fantastic first day of school in this companion to the New York Times bestseller The King of Kindergarten.

MJ is more than ready for her first day of kindergarten! With her hair freshly braided and her mom's special tiara on her head, she knows she’s going to rock kindergarten. But the tiara isn’t just for show—it also reminds her of all the good things she brings to the classroom, stuff like her kindness, friendliness, and impressive soccer skills, too! Like The King of Kindergarten, this is the perfect book to reinforce back-to-school excitement and build confidence in the newest students.
Read more
Previous page
Next page

PreS-K-Highly recommended for all royalty entering kindergarten, as well as others who can see themselves bringing their special gifts to make their school, and world, better by their actions and positive spirit.α(c) Copyright 2011. Library Journals LLC, a wholly owned subsidiary of Media Source, Inc. No redistribution permitted.

"Brantley-Newton brings the fun of King of Kindergarten back in this companion book’s vibrant illustrations and racially diverse characters. MJ’s kindness and self-assuredness set a wonderful example for readers, who may also be preparing to expand their worlds, whether attending school or participating in a new group activity. A great choice for combating first-day jitters and building confidence." --Booklist

“From the very first page, it’s clear that young MJ Malone is ready to face the world—and school. . . . Barnes infuses each page with humor and a sense of grace as the immensely likable MJ makes the most of her first day. Barnes’ prose is entertaining and heartwarming, while Brantley-Newton’s vivid and playful artwork will be easily recognizable for anyone who’s seen her work. The illustrator adds verve to the bold young heroine’s character—from the colorful barrettes to the textured appearance of her adorable denim jumper, the girl has style and substance. MJ Malone embodies the can-do spirit every parent hopes to spark in their own children, though even shy kindergarteners will gladly find a friend in her. . . . Just the thing to get uncertain youngsters jazzed for a first day—at school or anywhere.”—Kirkus Reviews

“As with Barnes’ The King of Kindergarten, this story exudes joy, celebrating the kid who walks into the room and owns it with sunny confidence and genuine warmth. The art is rich with textures, creating an effusive sense of movement as geometric patterns in various objects and clothing contrast with dappled splotches and soft blending in the background. There’s not a dull color in this palette of vivid tones, and dynamic figures convey the cheerful busyness of the classroom. A nod to Barnes’ Crown: An Ode to the Fresh Cut is cleverly slipped in, making this a nice intro to Barnes’ other stellar works.” —The Bulletin of the Center for Children's Books

"The pair behind the wonderful King of Kindergarten is back with the story of a young girl who is starting kindergarten. . . . MJ goes to school with a clear sense ofpurpose to wear her crown and let her powers make the day better for everyone around her. . . . This title is outstanding not only for setting forth worthwhile goals for a child, but giving concrete examples of what those virtuous statements look like in the real world. Warm, loving illustrations accompanya text that is even better than the first title. Highly recommended for all royalty entering kindergarten, as well as others who can see themselves bringing their special gifts to make their school, and world, better by their actions and positive spirit." —School Library Journal

“This companion to The King of Kindergarten stars MJ Malone, all ready to go in her first-day-of-school outfit, with rainbow-colored hair bands on freshly done braids, and her mom’s sparkly tiara. . . . According to MJ’s conversational first-person text, queenly behaviors include: kindness, caring, and helpfulness, all traits that she displays throughout the school day. . . . Friendly, colorful, textured illustrations. . . . There’s no royal drama; from beginning to end, this matter-of-factly reassuring first-day-of-kindergarten story depicts a supportive family, a self-confident protagonist, an expert teacher, and new friends—all set to have a great school year.” —Horn Book

"Brantley-Newton embellishes inclusive classroom scenes with swirls and bubbles of cheery color, limning kindergarten as a happy, busy place from day one, with plenty of opportunities to shine. Making MJ the narrator underscores her confidence, maturity, and sense of belonging, helping the protagonist—and readers—feel that she’s got this." —Publishers Weekly

Derrick Barnes is the author of the empowering New York Times bestsellers The King of Kindergarten, I Am Every Good Thing, which won the NCTE Charlotte Huck Award and the Kirkus Prize, and Crown: An Ode to the Fresh Cut, which received a Newbery Honor, a Coretta Scott King Honor, the Kirkus Prize, and the Ezra Jack Keats Award. He also wrote the bestselling chapter book series Ruby and the Booker Boys. Derrick is a native of Kansas City, MO and a graduate of Jackson State University and was the first African American male creative copywriter hired by greeting card giant, Hallmark Cards. He lives in Charlotte, North Carolina, with his wife and their four sons.

Vanessa Brantley-Newton has illustrated numerous picture books, including The King of Kindergarten (by Derrick Barnes), The Girl Who Heard Colors (by Marie Harris), Mary Had a Little Glam (by Tammi Sauer), One Love (by Cedella Marley), A Night Out with Mama (by Quvenzhané Wallis), and The Youngest Marcher (by Cynthia Levinson), as well as the chapter book series Ruby and the Booker Boys (by Derrick Barnes) and Jada Jones (by Kelly Starling Lyons). She wrote and illustrated Let Freedom Sing and Grandma's Purse. She lives in Charlotte, North Carolina.
Read more

Derrick Barnes is a National Book Award Finalist for his 2022 graphic novel Victory. Stand!-Raising My Fist For Justice, which also won the 2023 YALSA Excellence in Young Adult Nonfiction Award, and a Coretta Scott King Award Author Honor. He is also the author of the critically acclaimed, multi-award-winning picture book Crown: An Ode to the Fresh Cut which received a Newbery Honor, a Coretta Scott King Author Honor, the Ezra Jack Keats New Writer Award, and the Kirkus Prize for Young Readers.

In 2020, he became the only author to have won the Kirkus Prize twice for his twelfth release, the New York Times bestseller I Am Every Good Thing. The title also won a Charlotte Huck Award (NCTE), and a Boston Globe-Horn Book Award Honor.

He is a graduate of Jackson State University (BA-Marketing '99) and was the first African-American male creative copywriter hired by greeting cards giant Hallmark Cards. Derrick is a native of Kansas City, MO, but currently lives in Charlotte, North Carolina, with his enchanting wife, Dr. Tinka Barnes, and their four sons, the Mighty Barnes Brothers.

Amazon Customer
5.0 out of 5 stars Get it for every soon to be kindergarten Queen in your life!
Reviewed in the United States on June 13, 2022
Got it for my nieces graduation and ahe absolutely LOVED it! The book is well written and illustrated.
Images in this review

Elizabeth Alvarez
5.0 out of 5 stars Wonderful Nod to Little Queens
Reviewed in the United States 🇺🇸 on August 26, 2022
Verified Purchase
We had purchase the King of Kindergarten for my son when he went to K in 2019. We loved it so much when I saw there was a Queen of Kindergarten I knew we had to get it for my daughter who started K this year. Picture quality is great, has lessons written in, lots of “feeling like a queen “ moments for the young student and love the style of words which feel more like how I grew up in the Bronx, NY. I recommend getting both books if you can.
Read more
2 people found this helpful
Helpful
Report abuse

Nifa
5.0 out of 5 stars Great book
Reviewed in the United States 🇺🇸 on September 21, 2022
Verified Purchase
One of the best ways to help your little get excited about Kindergarten or to keep the excitement going
Read more
Helpful
Report abuse

Patricia Hare
4.0 out of 5 stars Not really about kindergarten
Reviewed in the United States 🇺🇸 on September 28, 2022
Verified Purchase
Cute story about how to treat others
Read more
Helpful
Report abuse

Khristy W
5.0 out of 5 stars Love it!
Reviewed in the United States 🇺🇸 on September 1, 2022
Verified Purchase
My 4 year daughter, who is about to start pre-k, loves this book!
Read more
Helpful
Report abuse

Shirrelle
5.0 out of 5 stars Great book
Reviewed in the United States 🇺🇸 on August 2, 2022
Verified Purchase
Great book for girls going into kindergarten! Good for the child to memorize points throughout the book! My granddaughter loved the book!!
Read more
2 people found this helpful
Helpful
Report abuse

Mona Smith
5.0 out of 5 stars Diversity and character
Reviewed in the United States 🇺🇸 on August 11, 2022
Verified Purchase
I like that the kids want to hear it over and over again
Read more
Helpful
Report abuse
See all reviews