Jackrabbit Smile (Hap and Leonard Book 11) and millions of other books are available for Amazon Kindle. Learn more 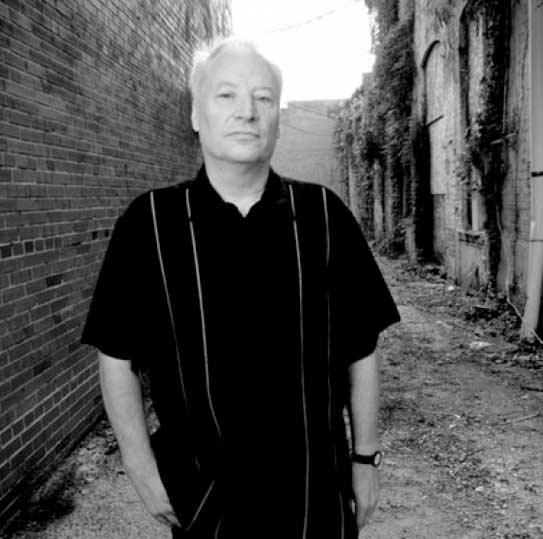 by Joe R. Lansdale (Author)
4.5 out of 5 stars 182 ratings
Book 11 of 12: Hap and Leonard
See all formats and editions
Sorry, there was a problem loading this page. Try again.
Read more Read less
Previous page
Next page

"Heartbreak Bay" by Rachel Caine
They’re hunting a killer so silent, so invisible, that his unspeakable crimes are the only proof he exists. | Learn more

Joe R. Lansdale is the author of over thirty novels and numerous short stories. He has received the Edgar Award, more than fifteen Bram Stoker Awards, a Critics' Choice Award, and many others. His novella Bubba Ho-Tep was adapted to film by Don Coscarelli.
Start reading Jackrabbit Smile (Hap and Leonard Book 11) on your Kindle in under a minute.

4.5 out of 5 stars
4.5 out of 5
182 global ratings
How are ratings calculated?
To calculate the overall star rating and percentage breakdown by star, we don’t use a simple average. Instead, our system considers things like how recent a review is and if the reviewer bought the item on Amazon. It also analyzes reviews to verify trustworthiness.
Top reviews

Amazon Customer
3.0 out of 5 stars Hap and Leonard novels are never bad but the first 5 of them are still the best
Reviewed in the United States on November 19, 2018
Verified Purchase
This is a great series by a great american noir writer mostly great because of his creation of this odd couple's exploits. I think the novels began to dip quality wise about midway through the 13 novel course beginning with Vanilla Ride, which was excellent until the introduction of the namesake female assassin, a jarringly unrealistic cardboard character that derails the last 20% of the novel and unfortunately appears in a subsequent H&L novel. Otherwise, it's hard to think of another series that is by turns brutal, tender, and blackly humorous as this one is. Even though i expect a bit less each time, it's hard not to like being back in the company of these 2 characters who are such great friends.
Read more
2 people found this helpful
Helpful
Report abuse

A. KAPLAN
5.0 out of 5 stars More Great Prose from a Master
Reviewed in the United States on April 5, 2018
Verified Purchase
Joe Lansdale's Hap & Leonard's adventures tend to involve nasty, petty people doing nasty, petty things. They don't get caught up with master criminals and twisty, complicated plots. So, with this book, the eleventh novel in the series, the enjoyment for me comes mostly from spending time with these familiar characters, and seeing them come up against the sort of casual racism that has become too common in today's society. The subtext of racism has been present in every Hap & Leonard story since the beginning, and I wish that made the earlier volumes feel dated. Unfortunately, those problems still exist, and are even more out in the open today than perhaps when Savage Season--the first book in the series--was published. This volume even features a character who acts like a racist because it's a selling point that will help his business. Ultimately, while I don't think this is the strongest entry in the Hap & Leonard series to date, it's still a worthwhile read. Lansdale gives us his usual great dialogue, and alongside the suspense there are some laugh-out-loud moments. We also get some passages of genuine poetic beauty. Finally, there's a bit of a chilling stinger at the end. I'm curious to see whether or not this is addressed in the next book.
Read more
4 people found this helpful
Helpful
Report abuse

Amazon Customer
5.0 out of 5 stars Hap & Leonard my heros!
Reviewed in the United States on May 10, 2018
Verified Purchase
That was crazy! I love Hap & Leonard! I even love Hap's wife because she's part of the story but not "part" of their story. Even though I loved them more when they were hapless bachelors. They took more chances. And it still stings (I'm Black) when Mr. Lansdale throws the "N" word around so carelessly. But I guess it's part of the Southern & Texas experience. Anywho, can't wait until their next adventure. Get writing Mr. Landsdale!!!!!!
Read more
3 people found this helpful
Helpful
Report abuse

Rick
4.0 out of 5 stars As good as expected...but
Reviewed in the United States on June 10, 2018
Verified Purchase
The book was everything I expected of a Nap and Leonard novel, but Joe: Please stop, stop, STOP pushing Kasey's music in your books. It instantly jars me out of the story, and I don't appreciate being sold to in a novel that I paid good money to buy. I get that you love your daughter and that the music industry is tough, but in a novel is not the place imho. Clive Cussler keeps putting himself in all of his Dirk Pitt novels as an old guy Dirk keeps running across in his adventures and it has gotten weird and honestly makes me want to stop reading for a while. Love your books, and some are at the top of my list. Just some constructive criticism from a long time fan.
Read more
One person found this helpful
Helpful
Report abuse

MinniesMom
3.0 out of 5 stars Violent but worth the read
Reviewed in the United States on March 30, 2018
Verified Purchase
Lansdale is an absolutely superb writer! I am always eager to read each new addition to Hap and Leonard. Having said that, readers must be aware that these books involve laugh out loud humor, wonderful comradeship, and, in some cases, horrific violence and dark, dark episodes. These guys don't always just shoot bad guys. It gets creative. Jack Rabbit Smile qualifies as such. The number of killings and the manners in which some are carried out may be too much for those not used to Lansdale's style. While this is part of crime fighters Hap and Leonard, JRS is a bit over the top. The previous Rusty Puppy is, for me, a better read---full of suspense, humorous repartee and, sure, violence--- but not keeping me awake at night. I appreciate that Lansdale always addresses racial issues and bigotry---many times with interesting outcomes. If you are new to this award winning author, do give him a try. You'll probably get hooked.
Read more
Helpful
Report abuse

Painless Wolf
5.0 out of 5 stars Hap and Leonard Strike Again!
Reviewed in the United States on October 4, 2018
Verified Purchase
This is another excellent example of the writers craft. These characters are so well written and their backstories so complete that you would not feel weird having them over for a backyard BBQ or Thanksgiving Dinner for that matter. For all of us that enjoy, here is another East Texas Whup Ass Feast! Enjoy!
Read more
2 people found this helpful
Helpful
Report abuse

Jimmy Espy
4.0 out of 5 stars The Boys Are Back In Town
Reviewed in the United States on June 22, 2018
Verified Purchase
Another fine addition to the Hap and Leonard series from the prolific and always entertaining Joe R. Lansdale. The mystery element is a little on the slight side but the characters remain entertaining and the story rips along at a terrific pace. A perfect vacation read, but I couldn't wait that long. Definitely recommended.
Read more
2 people found this helpful
Helpful
Report abuse

Matt Spencer
5.0 out of 5 stars Keeping the series fresh
Reviewed in the United States on September 12, 2020
Verified Purchase
After the harrowing timelines of the last entry, it was a nice change of pace to see the boys off on a more outlandish, obserd, over-the-top kinda caper. Having been reading this series for years, I've learned to spot certain familiar beats, but the ending here packs a real jolt, showing that Lansdale has not only kept his edge sharp, but isn't afraid to break his own rules.
Read more
Helpful
Report abuse
See all reviews

galadrial
5.0 out of 5 stars Great author
Reviewed in the United Kingdom on December 2, 2018
Verified Purchase
This book was bought as a gift for my son who is a Hap and Leonard fan, can't wait for him to read it so I can borrow it. It arrived quickly and was well packed.
Read more
Report abuse

Tony Hyland
5.0 out of 5 stars Fabulous
Reviewed in the United Kingdom on October 17, 2020
Verified Purchase
Love these books and once you get into the Hap and Leonard landscape Lansdale has you hook ,line and sinker.
Read more
Report abuse

Miki101.Micha 🐭
5.0 out of 5 stars Attention! This is the most Black vs White...
Reviewed in Italy on April 22, 2020
Verified Purchase
... story our heroes have to bring to a - very bloody - end.
Everything was started by a bigot mother plus a brother who cannot even look at someone that's not pure and lily-white, we find ourselves reading a book that partly seems to come out from bushes which should have been burned 150 years ago!
But Jackrabbit was a girl with her own head, and a genius with numbers, too. So she found something better that obey her brother-good-for-nothing and listen to the prayers of her mother. And she even crossed that lily-white line until she got a cute brown little baby girl. And then she vanished into thin air, after her father was butchered obviously by his free will and left to rot in the woods.
Hap and Leonard find mostly very white-oriented people go against the more darker version of mankind. And at the very end most of them - black, brown, beige, white - turn out the same color: pale whitish-green, like all dead bodies do...
A very brutal thriller that leaves a lot of dead bodies behind. Simply because when the race fighting starts, no-one can really stop it. Because... in the darkest hours of the night we are all... black...
5***** plain stars.

Helmut Lichtenegger
5.0 out of 5 stars New Story of Hap and Leonard
Reviewed in Germany on April 3, 2018
Verified Purchase
The two unlikely heroes work as private detectives looking for a woman who left her bigot family. Throw in a few shots, murder and foul language they solve all riddles. But this novel is darker than others - spoiler:Leonard killing one of the bad guys when he is not acting in self defense
Read more
Report abuse
Translate review to English

ｔｐｌ
3.0 out of 5 stars 既視感
Reviewed in Japan on May 1, 2019
Verified Purchase
またもや５年間行方不明の娘を探してくれという依頼。例によって十分な報酬はない。ハップとレナードは彼らのプライドにかけて、追い払われた街を再訪するのだ。街を陰で支配するのは、人種別の分離主義者だ。
さすがに飽きてきた。このシリーズの前半のピークはバッドチリで、後半のそれはバニラライドだろう。
バニラライドの後の２作は敵を大きくしすぎて主人公２人では太刀打ちできず、そこから後は意図的に悪役をスケールダウンさせているが、本作の相手はちょっとしょぼすぎる。隠れ場所の仕組みは、前作の短編と同じで、豚小屋での決闘は読ませるものの、レクター博士の前例があるからなあ。原書で読んだ達成感はあるが、ラストも蛇足に感じてしまい、次の最新作の購入をためらっている。
Read more
2 people found this helpful
Report abuse
Translate review to English
See all reviews
Back to top
Get to Know Us
Make Money with Us
Amazon Payment Products
Let Us Help You
EnglishChoose a language for shopping. United StatesChoose a country/region for shopping.
© 1996-2021, Amazon.com, Inc. or its affiliates