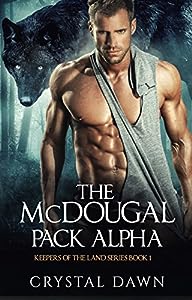 1
The McDougal Pack Alpha (Keepers of the Land Book 1)
by Crystal Dawn (Author) and 2 more
4.2 out of 5 stars (36)
Mandi finds herself waking from a drug induced sleep, in the arms of the handsome McDougal Pack's alpha. But Mandi is a human, with no desire to be anything else. Just because the legendary white wolf blood might run through her veins, doesn’t give the werewolf council any say over her life. She may not be able to pick her relatives, but she can certainly choose the man she marries. Can’t she?
Mac doesn’t think the mate the council chose for him is going to work out for him at all. But when he meets her, he begins to wonder if she might not be the one he’s been looking for all along. She wants to fight him and the attraction that flares between them. He has a surprise for her. He’s a fighter and he’s enlisted an unexpected ally from her family. The white wolf herself is on his side and he doesn’t intend to stop until he wins.
Read more 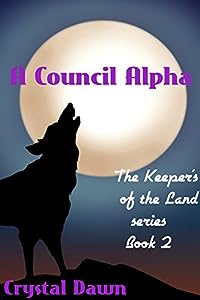 2
A Council Alpha (Keepers of the Land Book 2)
by Crystal Dawn (Author) and 2 more
4.8 out of 5 stars (18)
A Council Alpha
Marissa is a witch. She’s not just any witch. She is a witch from a powerful bloodline, but she is also a white wolf and unknown to her, half succubus. You might think that all those things would complicate her life and you would be right. Her cousin is married to the alpha of the McDougal Pack, but it’s his brother that has kidnapped her because he wants her to be his mate.
Damon is a warden about to become a council member if his personal life doesn’t mess it up for him. The handsome, strong alpha doesn’t intend to let anything stand in the way of his claiming his soul mate. Marissa doesn’t want her life to change, but if anyone could convince her to change her party girl ways, it would be Damon.
Witches and wolves just don’t get together. On top of that, they don’t just have to overcome their differences, they have to overcome other forces that want to keep them apart. 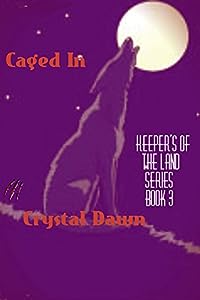 3
Caged In (Keepers of the Land Book 3)
by Crystal Dawn (Author) and 2 more
4.4 out of 5 stars (14)
Caged In
She had her heart broken by him years ago, but now she would have to work side by side with him. She didn’t even know if she was strong enough to survive it. All Candi did know was that Cage had captured her heart once and she had never really gotten over it.
She was his soul mate and he had been a fool to walk away. He thought about her often since he had left, but having her near would be constant torture. If he could show her he had changed, would she take him back? If he ever had another chance with her, he would never let her go again.
Two souls always meant to be joined, but would fate give them another chance? Would they be able to fight the rogue wolves that want to keep them apart and heal their painful past?
Cage had better remember that an angry white wolf can be dangerous and maybe Candi’s best bet is forgiveness if she wants to find true happiness. 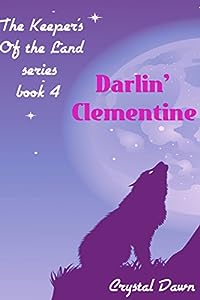 4
Darlin' Clementine (Keepers of the Land Book 4)
by Crystal Dawn (Author) and 2 more
4.7 out of 5 stars (15)
Darlin' Clementine
She can’t resist him no matter how much she tries, but her long time lover offers her a future while he doesn’t. Is the choice really as clear cut as it seems? Is there more to both men than she realizes?
He wants her and her alone. That jerk she’s been seeing doesn’t deserve her, but he can’t claim her as his. Why doesn’t anyone seem to understand?
Clem and Adam are soul mates, but danger surrounds them and they fight the attraction that would pull them together and give them an eternal love. Will Clem end up choosing Connor just to avoid being alone? Nothing is ever easy for a white wolf and Clem’s got some decisions to make. 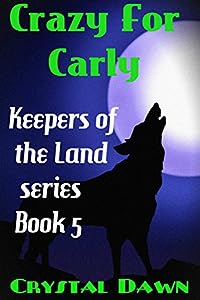 5
Crazy for Carly (Keepers of the Land Book 5)
by Crystal Dawn (Author)
4.9 out of 5 stars (15)
Riley, a white wolf, knows Carly is his. He also knows his cousin Drew plans to claim her. Will Drew win Carly and ruin Riley's forever?
Carly doesn't want to mate. She doesn't want her life ran by a male. Will she give in and choose Drew or Riley?
Will white wolf trouble rain down on them or will they avoid it and claim a happy ever after?
Read more 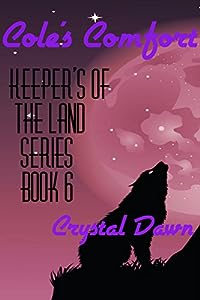 6
Cole's Comfort (Keepers of the Land Book 6)
by Crystal Dawn (Author)
4.8 out of 5 stars (14)
Cole is the last sibling to remain unmated. He meets Iona and is hit hard but he manages to convince her that he doesn't care about her. Will he find a way to show her it was all a lie before it's too late.
Iona has had a rough time with her ex husband and she falls into a relationship with Cole only to have her heart torn to pieces. Will she ever learn to trust or love again?
Cole learns that white wolves bring trouble but is that something he can handle when it also might mean happiness and a forever love?
Read more 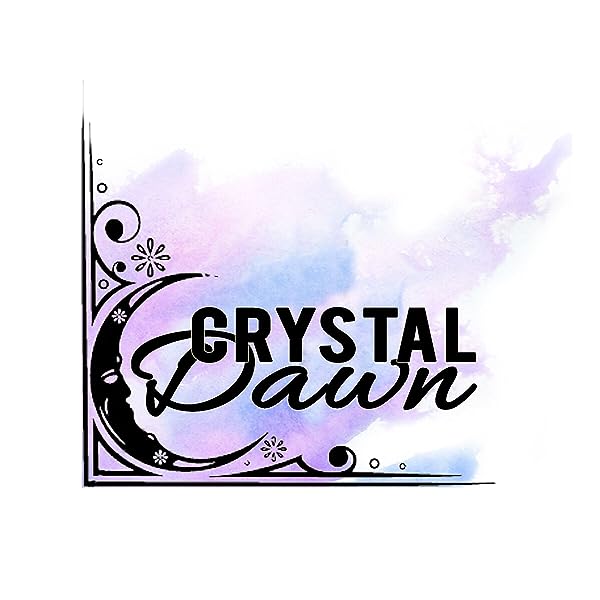 Crystal Dawn
Biography
When she's not out hunting rogue vampires and werewolves, you can find Crystal Dawn out exploring the galaxy. She can do it all without ever leaving her computer. She kicks butt, takes names, and puts it all down for the enjoyment of her readers. At least that's what I think she told me. Writing came as a natural outlet for her overly creative mind. The start of her stories is the easy part. Finishing them is a little harder when all the stories are in there trying to get out. She loves reading, chocolate, fine sweet wine, and traveling among a large list of pursuits. Her favorite people, after her family and close friends, are her readers who she says are some of the most wonderful people in this galaxy and the next.
Read more
Back to top
Get to Know Us
Make Money with Us
Amazon Payment Products
Let Us Help You
EnglishChoose a language for shopping. United StatesChoose a country/region for shopping.
© 1996-2022, Amazon.com, Inc. or its affiliates