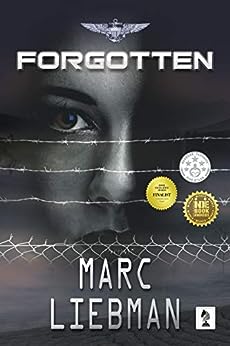 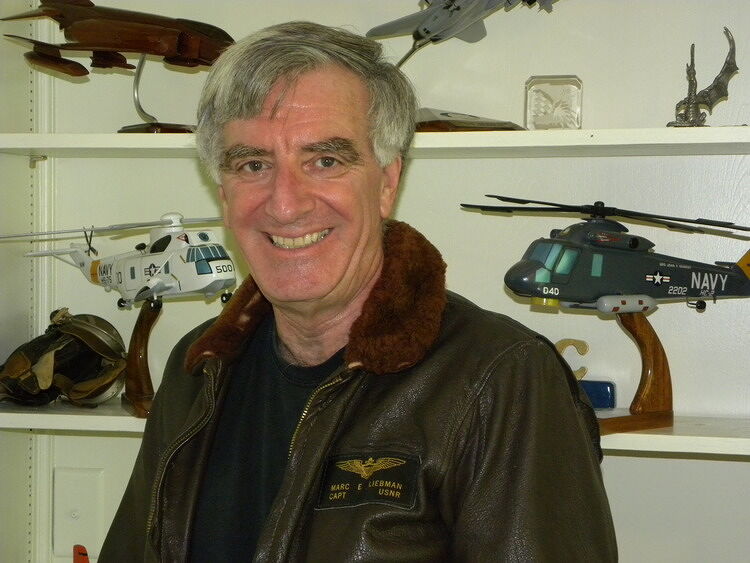 Forgotten is a story about six American POWs who didn't come home at the end of the Vietnam War and when they are finally rescued, there are those in the U.S. who want them dead...

The idea for Forgotten began with completing the story of a botched rescue in Cherubs 2 in which a pilot was left behind in the water and captured by the North Vietnamese. The story begins with Randy Pulaski's, the survivor's side of the blown rescue.

Rather than just have Randy sent to the Hanoi Hilton, tortured and then released in 1973, I decided to broaden, so to speak, the plot. As written, Forgotten has a variety of "bad guys," i.e. drug dealers, corrupt officials, and traitors.

Randy is taken to a camp and grouped with five more POWs, all of whom become prisoners of Truong Pham, an ex-South Vietnamese army officer by the name of Pham who defected and became a lieutenant colonel in the North Vietnamese Army. Connections in the North Vietnamese government enable him to establish a base in remote western North Vietnam where the POWs turn raw opium into heroin. Pham's long-term motivation is enough money to live outside the drug business so his retirement plan is ransoming the Americans to the CIA for millions.

Before she married Randy Pulaski's, Janet Lucas was an anti-war activist and a member of the Students for a Democratic Society's Action Wing. The SDS was known for its fire bombing of armed forces recruiting centers and attacks on fuel depots.

Randy (or the other five) do not appear on any POW list and is listed MIA putting Janet's marital status in-never land. SDS has its own agenda and sends Janet to Cuban to be trained as an assassin. As a freelance assassin, she earns the moniker The Red Star of Death.

Nine years after the Vietnam War ends, the six POWs are rescued. However, Randy witnessed a former POW commit treason and that officer, now realizing that Pulaski's testimony could send him to prison or worse, get him hung, wants Randy dead. A CIA officer fears that the six Americans will cause the CIA to investigate why he didn't follow-up on intelligence that suggested there were still POWs held after the war officially ended in 1974.

While I am not a conspiracy theorist, like many Americans, I believe that we did not get a full accounting of the POWs captured by the communists whether they were in Laos, Cambodia or North Vietnam. Too many were known to be captured but never turned up at the end of the war. Some, the Vietnamese admitted were killed by their own citizens or during interrogation.

Others may have parachuted into the jungle and were either severely injured, starved to death or killed by snakes or other predators. In Laos, American pilots if captured by the Pathet Lao, were summarily executed.  In Cambodia, it was a crapshoot as to what would happen to an American pilot if shot down and captured.

Forgotten is my tribute to the American pilots who were shot down and didn't come home and to those who were captured and were fortunate enough to come back to their loved ones.

Marc is a combat veteran of Vietnam, the Tanker Wars of the 1980s and Desert Shield/Storm and retired from the Navy as a Captain after 26 years of service. He is a Naval Aviator with just under 5,000 hours of flight time in helicopters and fixed wing aircraft. Captain Liebman has worked with the armed forces of Australia, Canada, Japan, Thailand, Republic of Korea, the Philippines and the U.K.

He has been a partner in two different consulting firms advising clients on business and operational strategy, business process re-engineering, sales and marketing. Marc was also the CEO of an aerospace and defense manufacturing company.

Marc's latest career is as an award-winning novelist. Nine of his books have been published. Seven are in the Josh Haman series - Cherubs 2, Big Mother 40, Render Harmless, Forgotten, Inner Look, Moscow Airlift and The Simushir Island Incident. Raider of the Scottish Coast is the first book in an Age of Sail series of novels and Flight of the Pawnee, the first in a new counterterrorism series are on the market.

Besides being an Amazon Best Seller, in June 2013, Big Mother 40 was ranked #48 in the top 100 War Novels. Raider of the Scottish Coast, Flight of the Pawnee and The Simushir Island Incident have all been Amazon #1 Best Sellers. Raider of the Scottish Coast was a Finalist in Historical Fiction in Feathered Quill's 2020 awards. Forgotten was a finalist in Finalist in Fiction in the 2017 Book Excellence Awards and a Finalist in Historical Fiction in the 2017 Next Generation Indie Book Awards. Reader's Favorite has rated all of Marc Liebman's novels Five Star.

The Liebmans live near Aubrey, Texas. Marc is married to Betty, his lovely wife of 51+ years. They spend a lot of time and visiting their seven grandchildren.

I was transported into this complex, epic tale from the brutal,violent war zones and POW camp, to Julia/Janet's sexy and dangerous 'activities'.
I read a lot of action and thriller books, so this is a genre I'm familiar with. I'd never read anything from Marc Liebman, but the premise seemed intriguing and I'm always on the lookout for fresh new talent, so I was curious to see how he would deliver in this one "Forgotten". Mr. Liebman is unarguably a very talented and creative writer, but more than that he genuinely impressed me with his thorough world-building and interesting characters and inventiveness on many levels. Great detailing gives this story authenticity on many levels. We genuinely feel transported into this complex, epic tale from the brutal, violent war zones and POW camp, to Julia/Janet's sexy and dangerous 'activities'. And speaking of sex there is plenty here and it is very hot! All too often I read works that feel clearly derivative of other books (especiallyin erotica), and although I appreciate literary influences (as is felt here as well), when something this original comes along it is a refreshing change of pace from the norm! It wasn't predictable or cliché, and sometimes it was cutthroat and harsh, and other times I was nearly breathless from the intensity and violent passion. Other times I was chuckling aloud at the witty banter.  For such a long book I finished it in less than a week, and went through so many highs and lows, it felt like a rollercoaster. I enjoyed the ending and was actually hoping that this might be the beginning of a series but this appearsto stand alone novel. Wraps up well and the glossary at the end is handy too.  Actually feel like I learned something! I recommend it for adults only as ithas graphic language, violence and sex scenes, but they work well with thestoryline and do not feel gratuitous. (5 stars) Leo Gregory
--This text refers to an alternate kindle_edition edition.

Six Americans did not come home when the North Vietnamese returned American POWs at the end of the Vietnam War. They had never been reported as POWs and were listed as MIA. Their captor, NVA lieutenant colonel Pham used the Americans as laborers in his heroin factory. His goal: keep them alive and ransom them for millions.

Back in the U.S., Janet, wife of one of the POWs, was an anti-war activist who filled her waiting time and sexual needs by becoming a highly paid assassin, taking on high value targets around the world.

In 1978, the six POWs were declared dead. In 1982, the U.S. learned of their existence and rescued them in a daring raid. Back in the States, two men, one a former POW and the other a CIA operative, want the POWs dead because what they know will send the two to prison. Through her agent, Janet is hired by them to take out her husband -- a bad decision on the part of the two men. --This text refers to an alternate kindle_edition edition.
Read more

4.8 out of 5 stars
4.8 out of 5
11 global ratings
How are ratings calculated?
To calculate the overall star rating and percentage breakdown by star, we don’t use a simple average. Instead, our system considers things like how recent a review is and if the reviewer bought the item on Amazon. It also analyzes reviews to verify trustworthiness.
Top reviews

jim Crigler
5.0 out of 5 stars I could not put this book down.
Reviewed in the United States on January 14, 2018
Verified Purchase
This is the second book I've read from Marc Liebman and I was not disappointed. Like his first book "Big Mother 40" Marc makes you feel like you are actually there. As a combat pilot myself I can tell you that Marc nails it with pilot thoughts in combat. I have often thought that we really did leave many men behind in Vietnam. This is a story that could absolutely be true. I highly recommend this book as a great read and look forward to reading other books that Marc has written.
Read more
Helpful
Report abuse

Nancy B. Pope
5.0 out of 5 stars Outstanding
Reviewed in the United States on June 6, 2019
Verified Purchase
This is one of The best books I have read in a very long time. As a retired Navy Veteran I really liked the story, and enjoyed the information only a true Navy Guy could write.
Read more
Helpful
Report abuse

Kindle Customer
5.0 out of 5 stars A masculine novel for both sexes to enjoy
Reviewed in the United States on October 16, 2017
"Forgotten" is one of Marc Liebman's longest novels, close to 600 pages, but you don't feel burdened or bored, thanks to the snappy, sometime jerky pace that fits the content so well. If you are familiar with Liebman's work, he is a real man's man, and his fiction is hypermasculine - in the best sense possible. Think a more eloquent, more elaborate version of Hemingway. The Vietnam war will continue being a controversial subject. Having been through a few more controversial military campaigns in the past few decades, American can step back and re-evaluate our experience in Vietnam. It's so important for us a American citizens, readers, critical thinkers, to step back and refrain from judgment, and try to see the situation from each character's point of view. As with most of Liebman's novels, it helps to understand the military jargon. For instance, if you've never seen an A-7B Corsair, you should google it. What is second nature to an author who has firsthand experience with the military may not be so to an average lay reader. So being able to visualize various aircraft models referenced in the novel will be useful. You can expect graphic, highly technical, cinematic battle scenes as well as crude, unceremonious sex scenes. So if you are a man who is into military history, or a woman in touch with her masculine side (like myself), this novel is a perfect treat for you.
Read more
Helpful
Report abuse

Kindle Customer
4.0 out of 5 stars Interesting read. Plenty of detail that enhances the plot. Identifying with the characters made it a fun read.
Reviewed in the United States on March 2, 2017
Fun book to read. Lots of detail shows extensive research was done to add texture and credibility to the characters.
Read more
Helpful
Report abuse
See all reviews