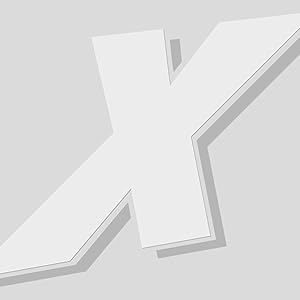 Class Act (1 book series) Kindle Edition
Class Act (1 book series)
Kindle Edition
by Jerry Craft (Author)
Kirkus Prize winner Jerry Craft follows up his critically acclaimed, Newbery award-winning full-color graphic novel New Kid, with this poignant and funny story following Jordan's friend, Drew, who has struggles of his own at Riverdale Academy Day School. Jordan, Drew, and Liam are newly minted eighth graders, ready for another year of navigating friendships and awkward situations at their posh, racially homogeneous school, Riverdale Academy. Drew, in particular, who is no stranger to the life lesson that when you're black, "you have to work twice as hard to be just as good," is bracing himself, especially after his fight with Andy last year. Everyone at Riverdale, except for his best friends, expects a lot from him. Too much maybe. Drew is tired of being "on" for his teachers and being put in a box by his classmates. Maybe he doesn't want to be the star football player, the face of school diversity, or a taste tester for his crush's comfort food. When Drew discovers that he and Liam have had very different upbringings, with Liam's parents making bank while Drew's grandma works double shifts, he feels more isolated than ever. Will Drew ever be able to truly open up and show everyone what it means to be a real class act?
Read more
You've subscribed to Class Act! We will preorder your items within 24 hours of when they become available. When new books are released, we'll charge your default payment method for the lowest price available during the pre-order period.
Update your device or payment method, cancel individual pre-orders or your subscription at
Your Memberships & Subscriptions
There was an error. We were unable to process your subscription due to an error. Please refresh and try again. 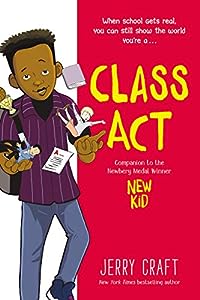 Jerry Craft
Biography
JERRY CRAFT is an author and illustrator. New Kid is his middle grade graphic novel that has earned five starred reviews, including one from Booklist magazine, which called it "possibly one of the most important graphic novels of the year." Kirkus Reviews called it "an engrossing, humorous, and vitally important graphic novel that should be required reading in every middle school in America."He is the creator of Mama's Boyz, a comic strip that was distributed by King Features Syndicate from 1995-2013, and won five African American Literary Awards. Jerry is a co-founder of the Schomburg's Annual Black Comic Book Festival. He was born in Harlem and grew up in nearby Washington Heights. He is a graduate of The Fieldston School and received his B.F.A. from the School of Visual Arts.
Get more info at www.jerrycraft.com
Read more
Back to top
Get to Know Us
Make Money with Us
Amazon Payment Products
Let Us Help You
EnglishChoose a language for shopping. United StatesChoose a country/region for shopping.