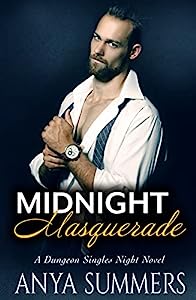 Maybe it’s the masks. Maybe she needs to feel something other than regret.
Whatever the reason, she is either daring… or foolish… when she trades places with another submissive, and ends up spending the night in her mysterious boss’s bed.

He doesn’t recognize her, but now she’s had him, she knows one taste of his dark love will never be enough.

Gabriel Ryan has one firm rule: don’t sleep with employees.

Even though he’s infuriated beyond measure to discover Sophia in his bed after a night of mind-blowing pleasure, she is now in his blood. He craves her. Needs her. Yearns for her surrender.

But she is forbidden. He will break her with his dark desires.

When Sophia’s dangerous past waltzes into his club, Gabriel must protect her. He must claim her. And break every single one of his rules to keep her safe. 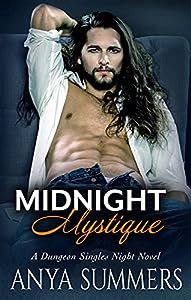 The last thing she expects is for the Bad Boy of Eternal Eros to step in, sweep her off her feet, and offer his protection.

Maybe she accepts because they were matched up at the last singles night. Maybe it was the scorching passion she experienced at his skilled hands. Maybe it’s the way he dotes on her daughter.

All she knows is that the more the lines between reality and fantasy blur, the harder it will be to let him go. The more time he spends posing as her fake fiancé, the more she realizes she’s no longer faking her feelings. With every touch, every kiss, every heated glance, she realizes she wants more than one night. She wants the scarred bad boy’s heart to be hers for all time. 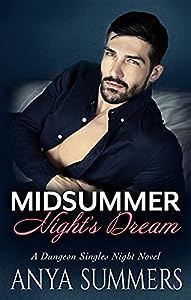 3
Midsummer Night's Dream (Dungeon Singles Night Book 3)
by Anya Summers (Author)
4.5 out of 5 stars (146)
Sylvie fell for the enigmatic Dom after a single night in his arms.

And she fell hard. Never before had she craved a man with her entire heart and soul. So when Fate unexpectedly tore them apart, she didn’t want to let him go.

But life didn’t ask what she wanted.

Sylvie rocketed into Dean Ryan's world like a force of nature. Body and soul, his heart beat for her. He couldn't stop the craving in his blood to claim her, dominate her, give her everything she needed. Yet when he least expected it, she disappeared, shattering his hopes and dreams for a future with her in his arms, his life… his bed.

Dean's wretched heart has not healed, yet when Sylvie walks back through the doors of Eternal Eros, he will do anything to uncover her secrets and make her his.

She shattered his heart, but he knows her sweet surrender is the only thing that can save his soul.
Read more 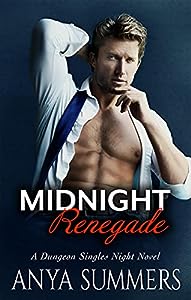 Sworn adversaries with no love lost between them. And yet, the night Brody throws down the gauntlet, challenges Reegan to surrender to his touch, she recklessly accepts.

She agrees to his terms. She makes a deal with the devil. She’s playing with fire.

And they are both about to be burned... 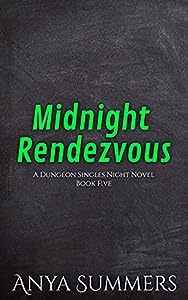 His best friend’s stunning, maddening, and deeply stirring younger sister has always been completely off limits. Asher has been fighting the clawing desire to touch her for years.

But when Emilia unexpectedly appears at his office with danger stalking her, he can’t say no.
She chose to ask him for help. For protection. Asher will shield her with both his body and his badge and suffer in agony as he keeps his hands to himself.

Yearning for her surrender, craving her passion, is wrong. He made a vow to her brother never to touch her, and he is a man of his word. A man of honor.

Emilia made no such promise. She craves Asher’s touch.

Even if the heat they generate incinerates them both.

Visit her on social media here:
Facebook: http://www.facebook.com/AnyaSummersAuthor
Twitter: @AnyaBSummers
Read more
Back to top
Get to Know Us
Make Money with Us
Amazon Payment Products
Let Us Help You
EnglishChoose a language for shopping. United StatesChoose a country/region for shopping.
© 1996-2021, Amazon.com, Inc. or its affiliates