Skip to main content
The Salvation Plague (7 book series) Kindle Edition
The Salvation Plague (7 book series)
Kindle Edition
by A.L. Masters (Author) , A.L. Masters (Author)
From Book 1: When humanity is threatened by an explosion at a Russian research laboratory, co-workers and friends in a small southern town must band together for survival. They realize too late that this is no ordinary plague...and that the enemy they have to fight may not be the only thing they need to worry about.

Book One of The Salvation Plague series.
The Turning includes foul language, graphic violence, and some mature themes.
Read more

$0.00
2
The Mutation (The Salvation Plague Book 2)
by A.L. Masters (Author)
4.5 out of 5 stars (427)
The survivors lived through the horrifying first days of the plague and its aftermath. They've found their friends, their family...but others are still missing. Finding them means leaving the only safety they have, which may not be so safe after all.

It's the dawn of a new era. One of violence, war, destruction, and horror. Just when they feel as if they've gotten a grip on the situation, fate throws another curveball their way. Every day is a new struggle, a new terrible reality. The only way forward is through it.

They have new allies at their backs, and the promise of answers just out of reach on the horizon. If they can just hold out, just hold on, just keep going...they have a chance.

But a chance isn't a guarantee.

Jared
They made it out of the rubble alive. Mostly. The survivors had lost everything in the disaster. All of it destroyed in one horrific blink of an eye. They were going to have to regroup somewhere and heal, gather more supplies. Cheyenne Mountain, and the answers it would hopefully bring, could wait a little longer. Sten's place represented security and promised them a place to recoup some of their losses, but getting there could cost them their lives. Especially since danger was multiplying at every turn.

At least they were still together...for now.

Joining up with some of the soldiers seemed like the best option to accomplish her personal mission. Nashville was falling and needed their support, and she could tag along and help raise the body count. She wished she knew if the sacrifices she had made would be worth it in the end.

This is the continuing story of a family, and a group of friends, struggling against the odds to survive a terrifying apocalypse, and to keep their humanity in the process. Sometimes they don't...

$0.00
4
The Elimination (The Salvation Plague Book 4)
by A.L. Masters (Author)
4.5 out of 5 stars (257)
The survivors, with an unexpected last-minute change to their travel plans, move toward Fort Carson, Colorado in search of answers. It is a thousand-mile journey that provides unforeseen opportunities, unexpected losses, and tangled alliances. They must find the strength to endure the worst that the startling new world has to offer and to survive with their humanity—and lives—intact.

Along the way, they find colorful friends, bewildering enemies, and things more deadly than any of them had dreamed possible. They know that at the end of the journey, they stand to gain valuable information that will help their communities survive in the future, and perhaps even the answer to the virus itself.

Is it valuable enough to be worth heartbreaking loss…especially when they find that the end of their journey isn’t what any of them had expected?

$0.00
5
Vindicta (The Salvation Plague Book 5)
by A.L. Masters (Author)
4.7 out of 5 stars (318)
Nashville is falling.
Herds are forming.
Humanity is facing extinction.
They might be the last chance at salvation the city has left.

Kate, Storm, and the rest of the Special Forces detachment head to Nashville to bolster the city’s final defense, but when they arrive they find that things haven’t gone according to plan. They are in a desperate race against the ravages of radiation, the new mutations that seem hellbent on killing them all, and even some of the people in their own group.

From the horrors of Nashville to the questionable safety of Fort Carson, Colorado, they will do whatever it takes to survive, find their friends, and search out answers about the deadly government conspiracy that threatens them all.

What they don’t know is that they’ve only just begun, and the threats they’ve faced so far pale in comparison to what looms on the western horizon.

Book Five of The Salvation Plague

When Fort Carson's last two Special Forces teams go missing on a vital intel-gathering mission, Colonel Clausen sends a select group of the survivors to investigate. The wreckage of one of the missing SF teams' UH-60 Black Hawks leads them to Yellowstone National Park...and perhaps their most terrifying encounter yet.

Their strength and determination will be tested, and their minds pushed to the limit as they descend into a black world of madness and menace.

It is far too late when they realize that whatever lurks there wants them dead.

After a perilous journey across thousands of miles of enemy territory, their mission is finally coming to a close in the mutant-infested forests of the Golden State. Their desperate search for their captured people sends them to a lone prophet at the edge of the Pacific, through a heavily-fortified enclave that may or may not wish them harm, and into the fiery jaws of death itself...but all is not what it seems.

They meet up with old enemies, new friends, one they thought was dead, and one that could change the course of the war forever.

Book Seven of The Salvation Plague

Player 1
5.0 out of 5 stars I read them all
Reviewed in the United States 🇺🇸 on November 6, 2022
I've read them all. Couldn't put them down. Pleasee what comes next after monstrum?
Read more
Helpful
Report abuse

floursaltandwater
5.0 out of 5 stars I am hopeless… please bring on the ending as we are suffering out here.
Reviewed in the United States 🇺🇸 on September 10, 2022
I am a voracious reader sometimes mornings find me still at it. Please finish your work and let me be at peace re the new # team family.
Read more
Helpful
Report abuse
See all reviews
More About the Author 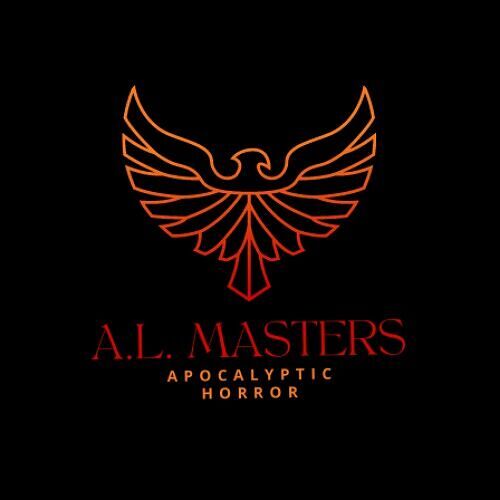 A. L. Masters lives in rural America. She studied business and enjoys cooking, hiking, and photography. When she's not dealing with more mundane matters, she can be found hidden away with her laptop and a mug of coffee. She writes apocalyptic stories to satisfy her craving for adventure and disaster (without the risk of death).