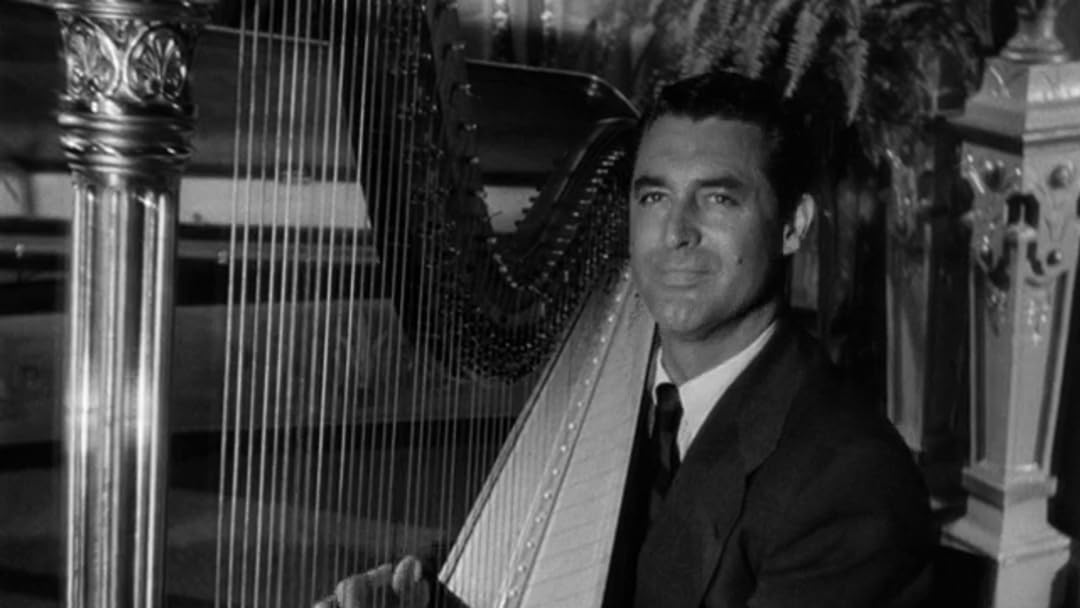 (2,104)
7.61 h 49 min1948X-Ray7+
This Christmastime angelic intervention sparkles with good humor as Dudley the angel is sent to help a bishop and his wife survive their attempt to finance a new cathedral.

I love the movie but they did a TERRIBLE job digitizing it! Very poor quality! It's as if they digitized it from an old VHS tape they had laying around. Movie is dark, fuzzy and blocky artifacts especially when there's movement. Sound isn't very good either.

At first we thought maybe their servers were having problems streaming (we have high (300Mbps) bandwidth cable internet) but the quality never improved. We've rented and watched many other movies and most look and sound fantastic. We realize this is an older movie (even in the original 4:3 format) but we've also watched it on Netflix in prior years and the quality was excellent.

Unfortunately due to Amazon's Terms of Service they only refund on accidentally purchased, unwatched movies and only within 24 hours of the "accidental" purchase. So we're stuck with this nearly unwatchable version in our video library.

Rebecca Larsen BraveReviewed in the United States on December 9, 2018
1.0 out of 5 stars
Fix the distortion!
Verified purchase
This movie is amazing and the sound on our rental sounded like demons!! Slow, distorted and terrible! Needs to be fixed!!!! We wasted 9$
15 people found this helpful

PonaramonaReviewed in the United States on December 9, 2016
5.0 out of 5 stars
A Holiday Tale of Love, Faith and a Handsome Angel
Verified purchase
This is one of my all time favorite holiday movies. An angel is summoned to help a Bishop find his way back to his family after an arduous project has blinded him to what matters most in his life. Cary Grant can do no wrong in my book and I'll watch any movie he is in. He is wonderful here as an angel on earth, suave and debonair as one would expect from Grant. Loretta Young plays the maligned title character and it's her story that rouses the most sympathy. She is kindhearted, a good wife and mother, yet finds herself alone in a marriage that she truly desires. The angel, Dudley, shows her that life isn't the drab existence that her life has become, and she finds herself enjoying the old pastimes with Dudley she used to enjoy with the Bishop. David Niven is perfect as the semi-neurotic Bishop trying at once to be true to himself, his love of God and his parishioners, and yet giving in to the patroness, (played by the fantastic Gladys Cooper) who demands her wishes to be above all. The story is well developed, the characters are rich and ever evolving and the holiday warmth it brings make it a wonderful movie to watch during the holiday season!
13 people found this helpful

johnfReviewed in the United States on January 17, 2016
5.0 out of 5 stars
Charming Christmas film with one of the best casts imaginable.
Verified purchase
I watch this almost every year. The joy of the film is in the acting, which never grows old and knowing how the plot turns out doesn't spoil anything. Here are three of the best actors Hollywood ever had the fortune to have working beautifully with each other, and surrounded by the best character actors as well.Taking place during the Holiday Season, David Niven is Bishop Henry Brogham, who is obsessed with building a great cathedral and obtaining the funds from a cold and demanding widow, Mrs. Hamilton, played perfectly by Gladys Cooper. His Wife, Julia, played by Loretta Young, (he is an Episcopal bishop and thus can marry, a frequent source of confusion for some) feels neglected as a result, and the marriage is turning unhappy.

There arrives a stranger, Dudley, introduced on a snowy day as he helps everyone he meets, almost miraculously at times. You see, he's an angel, but not just any angel, he's Cary Grant at his most charming. He is the answer to Bishop Brogham's prayer for help, though it will come in an unexpected way. Though Dudley must reveal his true nature to the bishop, the bishop must keep it all a secret and tel everyone he is a new assistant. Soon Dudley charms himself into the hearts of everyone except bishop Brogham himself who becomes increasingly suspicious of Dudley's Intentions, as he seems to accompany Julia everywhere and they always seem to be having such a good time.

One of the surprising elements of the film is that Dudley and Julia seem to be having a happy affair in all but one aspect and how wild a plot line this was in 1947. They seem to be absolutely in love. The bishop has every right to be suspicious. But before it is all over Dudley has fixed all that needed to be fixed and leaves making everyone forget he ever existed. The Christmas message of love and sharing is what he leaves behind.

Monty Wooley is also wonderful here as a Professor with a long term writer's block as is Elsa Lanchester as the family maid. The Mitchell Boychoir sings the little-known Gounod Noel perfectly. Director Henry Kostler, known mainly for musicals and comedy, keeps the pace moving and the film never drags. I highly recommend this film.
4 people found this helpful

Stacey R.Reviewed in the United States on December 10, 2018
1.0 out of 5 stars
Digital copy is terrible
Verified purchase
I’m adding my voice to the chorus already preaching how bad the digital copy is. The audio is bad and there are damaged cells on the film reel. I KNOW there are better copies available in the world. I cannot imagine why this copy was chosen for digitization and distribution. I’d like to think Amazon is better than this. For the record, the film is obviously delightful and I love it so much that I want to be able to view it on the technology I currently own.
7 people found this helpful

P. B. SharpReviewed in the United States on February 23, 2014
5.0 out of 5 stars
Absolutely delicious but download problem
Verified purchase
I had a problem when downloading the movie- I am not going to deduct stars for it as it may be the fault of my computer. The film stopped dead about every two minutes with the yellow "load" icon spinning in the center. The only way to get around this if the glitch should happen to you is to turn off the visual and let the movie download while you do something else .Once the entire movie downloads there will be no further problem.

If you have any trouble at all with your instant movie click "send us feedback" right hand corner of the movie display page and they will connect you to chat. Chat will guide you all the way to solving any error or problem.

The visual quality of the film itself is fine and thank heavens it was not colorized. The characters are all so endearing and the "miracles" Dudley performs are breathtaking but not glitzy - I could watch him playing the harp forever. In my book this is the greatest Christmas film of all time and stands on a pedestal all by itself.
3 people found this helpful

ShodanReviewed in the United States on February 14, 2018
5.0 out of 5 stars
Great movie
Verified purchase
What a fantastic movie. Unlike that piece of jusk The Preacher's Wife with Denzel Washington (who I love) and Whitney Houston (great singer).
Cary Grant is one of the greatest of all time. His support was also great. They just don't make movies like this anymore. The only thing I did
not like, it wasn't in full screen. I was lucky, I found it at a free movie site. Downloaded it and now it is full screen.
2 people found this helpful

Cathie PReviewed in the United States on December 14, 2020
5.0 out of 5 stars
A Christmas Classic!
Verified purchase
One of my favorite Christmas videos! I love the charming story. Loretta Young has been one of my favorite actresses since I was five years old! Who doesn't love Cary Grant? I am so glad to add this video to my collection. I plan to enjoy the video for many years to come!
See all reviews
Back to top
Get to Know Us
Make Money with Us
Amazon Payment Products
Let Us Help You
EnglishChoose a language for shopping. United StatesChoose a country/region for shopping.
© 1996-2022, Amazon.com, Inc. or its affiliates