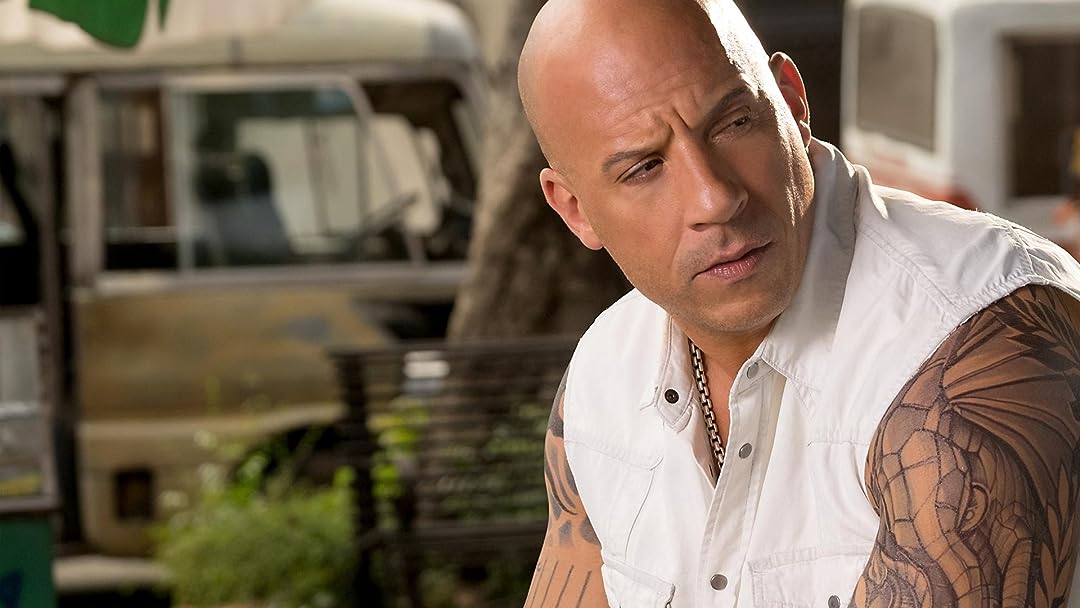 (6,550)
5.21 h 46 min2017X-RayPG-13
When a group of lethal mercenaries steal a hi-tech weapon that poses a global threat, the world needs superspy Xander Cage. Recruited back into action, Xander leads a team of death-defying adrenaline junkies on a mission to save the world.

ClaramjReviewed in the United States on June 10, 2018
5.0 out of 5 stars
Very Entertaining!!
Verified purchase
I gave this 5 stars because it is just a action film, so I don't expect a lot of drama, meaning spending time developing characters isn't the way of most action movies, so expecting it with this one is kind of silly!
I liked the different characters they have in it, it makes these types of movies better having more than just one character doing everything, especially when the main character is a man, since nearly every action film is like that, its like if you have seen on male lead action film you have seen them all!

But having more than just Vin in it, especially the women, makes it different, makes it stand out, so it's not just another action film with some guy, and the only female characters are either half naked ones that he fools around with, which they do in this one too, or they're the person the man is trying to protect or they get killed so that the male lead can start on his revenge thing for the movie!

But in this the women are mostly just like him, able to handle things on themselves, I especially loved seeing Ruby Rose again playing a tough role!
I was surprise that this was free for even Prime members, but I am so glad it was, I enjoyed it, it was a great way to pass the time, very entertaining to me! And even re-watchable too!

I was not disappointed. I was actually pleasantly surprised by the martial arts & gymnastic displays. Come on, people. This is the third movie in the franchise. If the first two didn't teach you what to expect, why are you even watching the third?
21 people found this helpful

DaveReviewed in the United States on July 24, 2018
2.0 out of 5 stars
'Just an action film' is no excuse for complete disregard for reality or laws of physics. Good concept, poorly implemented.
Verified purchase
Two stars instead of one because I can say 'I've seen worse'. I got half way through, round about the grenade shuffling scene at the table... and just gave up.

I don't remember the first one being this bad, specifically so unplausible. Every 2 minutes in this film, something completely impossible happens shattering any suspension of disbelief. I can't enjoy a movie when it's _THIS_ bad because it's just too jarring and yanks me out of the narrative of the film to drive home I watching an impossible over the top exaggeration. I don't want to do a laundry list, but 300ft jumps with no parachute onto solid ground... but I guess it didn't drive his femurs into his chest cavity when landed because... he had skis on? I was unaware skis altered physics. This is just one example early on, there are many. You can say 'it's just an action film', but things like that ruin movies for me. One or two I can let go, but when it's constant like this? Every few minutes I'm jarred out of the film thinking 'that is impossible'. To go further, to make some of this impossibility happen on screen, there is some mediocre CGI, like some of the skateboard stunts right after his physics defying jump.

'It's just an action movie' I can hear people saying... take that jump off the tower... how hard to make that a BASE jump where he cuts shoot right before landing, THEN down slope on the skis? Answer? Director didn't give a crap. This is lazy film making with an utter disregard for reality. At least in Marvel movies we know they are superhuman and capable of the impossible. Here they don't even bother with a thin veneer of how people can survive 200 ft falls through 3" thick glass.

Never saw the Vin-less second one, haven't seen the first one in many years... I honestly can't remember if it was this bad.

Vin was Vin in this (I actually do like Vin Diesel or I probably wouldn't even have bothered trying to watch this mess). That's about the highest praise I can give it and how it got a second star.
17 people found this helpful

Keith LaBordeReviewed in the United States on May 25, 2017
2.0 out of 5 stars
Xander you let me down on this one...
Verified purchase
They tried so hard on the Special Effects they were not realistic. I tried to like this movie, I really did... It was just too fake.
34 people found this helpful

David JonesReviewed in the United States on August 13, 2021
2.0 out of 5 stars
Great cast, horrible script
Verified purchase
I know it's the thing to do today to have a script with so much action, you just can't keep up, and the characters have to be so over board extreme that your brain is unable to track their movements in real time. But this script is just horrible. The action sequences look like they're written by a Tuesday junkie on a bad bargain nickelback two for one sale. Come on Zander, you're better than this. As you would expect from XXX, there's the witty lines going toe to toe with bikini lines, but you'll need to completely disconnect your central brain functions to enjoy this movie. It's just bad. Zander might be back, but the writing staff sure isn't.

Script - How do you give negative stars?

Save your money and wait for it to be a free, then at least all you'll be wasting will be your time.
One person found this helpful

alurenReviewed in the United States on November 19, 2018
4.0 out of 5 stars
Entertaining, but shallow, dated and simple
Verified purchase
While this isn't something to write home about, it is an enjoyable waste of time. Solid action, a simple digestible story, and visually appealing characters.

It wasn't as fun to watch as the original, but at least as fun as the sequel. Don't expect too much. I watched this doing other things in the house and it was a perfect distraction. Explosions, action, appealing men and women, fun times for all.

Enjoy it for what it is, and not for what it wasn't ever meant to be. Its an action romb with cool movements and style. That is all.

BeachAnchorReviewed in the United States on April 14, 2018
3.0 out of 5 stars
Slow But Steady
Verified purchase
The first half was excruciating and you find yourself wondering why you've fallen for another Vin Diesel movie.

Then there are a couple action sequences half way through that are really well done, and you find yourself into the movie.

So 1 star for the first half, 4 stars for the second. Let's just say if you have a couple hours to waste, and want a brainless yet fun action movie, this movie will do.
2 people found this helpful