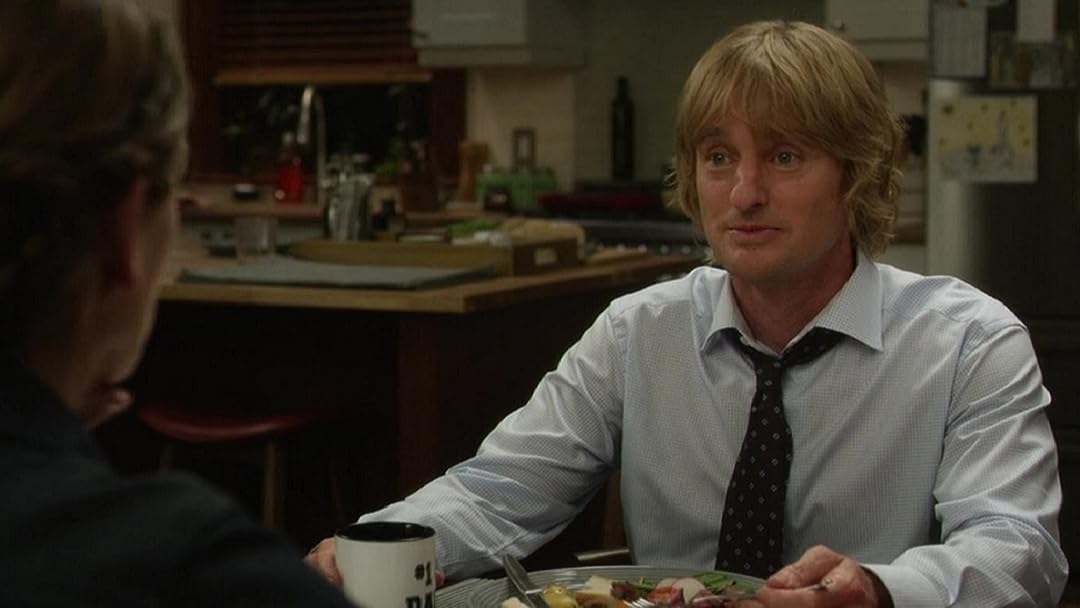 (21,243)
8.01 h 53 min2017X-RayPG
Julia Roberts, Owen Wilson, and Jacob Tremblay star in an inspiring story of a loving family whose son, born with facial differences, enters a mainstream school for the first time.

Kristin B.Reviewed in the United States on March 11, 2018
5.0 out of 5 stars
A Wonderful Movie about Kindness for All Ages!
Verified purchase
A while back, I had heard that a movie named Wonder was coming out in theaters but I didn't really know anything about it. Recently, my kids' school started reading the book together so I decided to read it too. Once I heard what the book is about, I ordered the movie as well to watch after I finished reading the book (I'm a read the book before watching the movie kind of person!). My husband and I watched it last night and we both really enjoyed it!

Wonder is the story of ten-year-old Auggie Pullman, an ordinary kid who was born with a facial deformation. He likes to do the same things that other kids his age like and he's about to enter mainstream school for the first time. His mom has always homeschooled him but she feels it's best that he go to public school now. Auggie is used to people staring at his face and not wanting to be around him but that doesn't mean it doesn't hurt his feelings. His first year at Beecher Prep will be a year of growth for everyone involved and they will learn what it means to #ChooseKind.

Wonder is a fantastic movie that is perfect for all ages! My husband and I watched it together and enjoyed it. I would also watch it with my five-year-old twins if they wanted to watch a non-animated movie. There is "mild language" used with the kids at school but there is no swearing or inappropriate sensual scenes. There are some humorous parts that we enjoyed as well as some emotional scenes. Overall, it was a heartwarming and beautiful story that left me feeling happy and wanting to be even kinder to everyone!

As far as the comparison to the book goes, there are some differences but the main parts of the book are covered. Of course, the book covers a lot more details and I would encourage you to read [[ASIN:0375869026 Wonder]] first. If you prefer to only watch the movie, you will still understand the story and get a lot of enjoyment out of it.

This is a wonderful movie and I highly recommend it! It would make a great movie to watch together as a family and it'll inspire everyone to want to be kinder. I'm glad we bought this because I will definitely want to watch it many more times and I have friends who want to borrow it!

hoozonReviewed in the United States on November 15, 2018
2.0 out of 5 stars
Like a high dollar After School Special
Verified purchase
This movie was aggravating to watch. Given the compelling plot elements, A-list celebs, and high production value, this could have been much better. Instead, it was contrived, schmaltzy, with mostly one-dimensional characters, and preachy in all of the ways that we've come to expect Hollywood movies to be preachy. Worse, they managed to pack in nearly every cliché in the book for this genre. The only character with any depth was the sister, Via, played by Izabela Vidovic, who struggled with her life being overshadowed by her brother's physical impairments.

Overall, this movie reminded me of a high-dollar After School Special which, I guess I'm not surprised considering it was intended to have a "moral of the story." But, as usual, Hollywood gets this moral wrong. I mean, let me ask this: how would the movie be if August wasn't a really sweet kid who was a wiz at science? What if he was a normal kid, with average grades, who happened to have Treacher-Collins Syndrome? Would he be any less deserving of respect and dignity? Would he be any less deserving of normal, happy friendships? But this movies writers apparently didn't think that would be a compelling enough story. They never do. Raymond Babbit, in Rain Man, couldn't just be an autistic man. He had to be an autistic savant. Rocky Dennis, in Mask, couldn't just be an average kid dealing with craniodiaphyseal dysplasia. He had to be a math and science wiz. Gotta get that extra umph from the "don't judge a book by its cover" angle. Granted, these were at least partly based on real people, but for every Kim Peek or Rocky Dennis, there are countless average kids dealing with extraordinary struggles who apparently just didn't seem interesting enough. And so it was with Auggie Pullman who didn't deserve to be remembered because he was an average kid dealing with the physical effects of his condition. He had to be a super sweet kid and a science wiz!

What's the moral of the story? Is it, "don't judge a book by its cover"? Or is it, "you gotta bring something special to the table if you want to be treated with dignity and respect"?
53 people found this helpful

PatrickReviewed in the United States on March 31, 2019
1.0 out of 5 stars
Liberal Agenda
Verified purchase
Was a nice story but spoiled by the liberal spin. Seems that today's movies all have some kind of hidden liberal agenda.
For this reason I give this movie a one star review.
36 people found this helpful

CHReviewed in the United States on March 2, 2018
5.0 out of 5 stars
Excellent movie!
Verified purchase
Absolutely incredible story. I read the book as well as the additional Julian chapter and I thought this movie did the book justice. As a therapist who works with children, I think a movie (and a book) like this does so much good for awareness and de-stigmatizing people. It illustrates that just because people look different, does not mean they are different on the inside. It's a beautiful beautiful story that is so well done. I own almost no movies because I usually rent them or see them once and am satisfied with that; however, this is one I knew I NEEDED to own after I saw it twice in the theatre. I'm so glad I purchased it. Highly recommend this movie.
80 people found this helpful

Lara KulpaReviewed in the United States on April 11, 2018
5.0 out of 5 stars
My 5 year old's review...
Verified purchase
My 5 year old daughter was hesitant to get into this one at first, and now she requests it constantly. She said that Auggie is so sweet and kind, and the other kids are just mean because they're afraid. I asked what they're afraid of, and she started to cry. She said they're afraid of him because they don't know all he's been through, but if they would just be his friend, they would stop being afraid.

Jess BReviewed in the United States on July 4, 2018
3.0 out of 5 stars
Book is better
Verified purchase
Great book, movie was good. Casting was all wrong (aside from the main character). Owen Wison was as annoying as ever. Julia Roberts is too big to play anything but the star in a film. Even the extras seemed wrong. It is worth seeing, but don't expect too much. My ten year old and I had read the book, and found the movie to be disappointing. My seven year old, who hadn't read the book, loved the movie! My husband thought it was okay.
11 people found this helpful
See all reviews
Back to top
Get to Know Us
Make Money with Us
Amazon Payment Products
Let Us Help You
EnglishChoose a language for shopping. United StatesChoose a country/region for shopping.
© 1996-2022, Amazon.com, Inc. or its affiliates