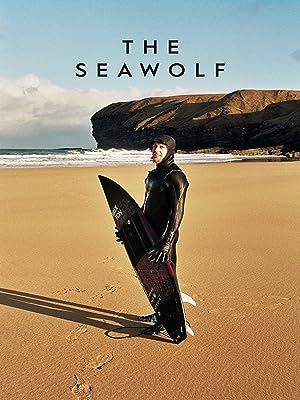 Included with Echoboom Sports on Amazon for $5.99/month after trial

Watch with Echoboom Sports
Start your 7-day free trial
Add to
Watchlist
By ordering or viewing, you agree to our Terms. Sold by Amazon.com Services LLC.
Write review

LacyReviewed in the United States on January 15, 2020
5.0 out of 5 stars
It is beautiful.
Verified purchase
This 40 minute movie is gorgeous. Good surf and amazing scenery.
One person found this helpful

StephanieReviewed in the United States on March 21, 2018
2.0 out of 5 stars
Sell-outs looking for the limelight.
Verified purchase
Publicity freaks at it again. Most of the shots are zoomed in way too close. Life is not a fashion show. I don't need to see your master's logos. I want to see the wave. And nobody cares about the twirly bird somersault thing anymore. These guys should run off and join the circus. Lots of nice barrels, though. The landscape scenery and music are great.

I would say the #1 thing that bumps me is the score and lack of sound design. I heard an interview with the director in which he stated he didn't have the budget for a soundtrack so he scored the movie himself. You can disagree, but I'm just not digging the songs that accompany the visuals. Most of it just sounds like that chill lounge music you'd hear in a swanky overpriced NYC cocktail lounge. Nothing seems to match the aggression we're seeing on screen. The fact that in the credits it says the songs don't have names, only numbers (and screw it) drives my point home. I'm a tough customer though...i can't stand those early 2000s surf films where the soundtrack was pop punk. (which is 100X worse)

A previous review stated that it was mostly close-up shots. DISAGREE. There are plenty of wide-out beautiful tracking shots and they go for quite some time. Quite mesmerizing. But I do agree with the thoughts on the flip tricks. Don't need to see 'em, especially when they're bails.

FYI, I downloaded it and transferred to a USB stick to play on my smart TV. Looks AMAZING.

Penelope AllinghamReviewed in the United States on February 5, 2021
5.0 out of 5 stars
Visually stunning.
Have to disagree with one reviewer. 'Music' is so often one of the most annoying things about surf movies but I found the soundtrack to Sea Wolf actually enjoyable and perfectly synchronized to the mood of the visuals.
Visually stunning. Incredible photography, loved it!
See all reviews
Back to top
Get to Know Us
Make Money with Us
Amazon Payment Products
Let Us Help You
EnglishChoose a language for shopping. United StatesChoose a country/region for shopping.
© 1996-2021, Amazon.com, Inc. or its affiliates