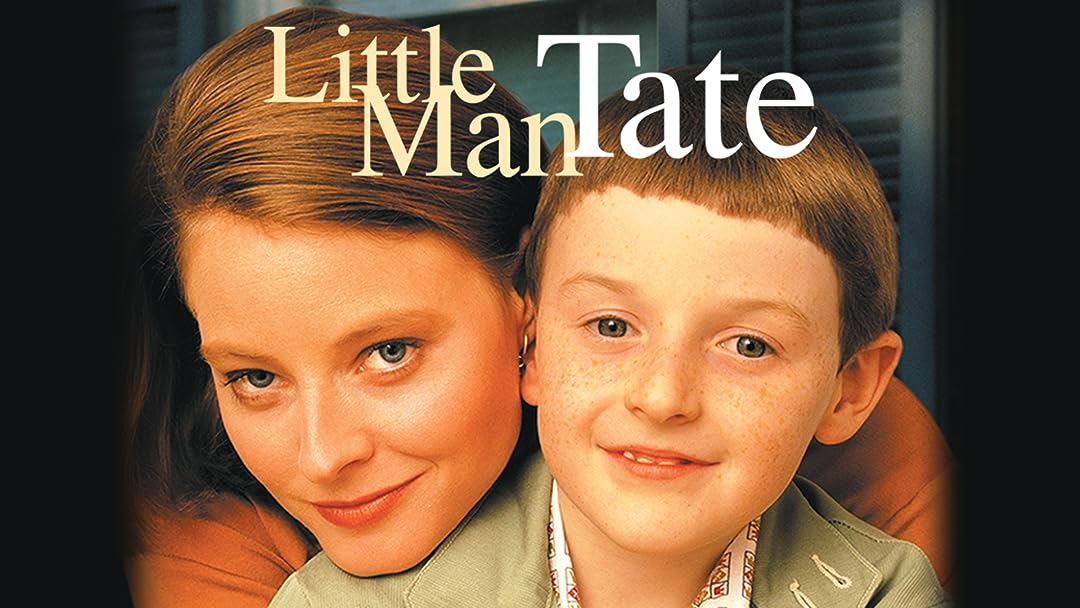 (172)
6.61 h 39 min1991X-RayPG
A single, working-class mother can't give her musically, scientifically and emotionally gifted 7-year-old son the support and stimulation he needs--and neither can the director of a school for exceptional children, who takes him under her wing.

L RReviewed in the United States on May 28, 2019
1.0 out of 5 stars
Good subject
Verified purchase
This movie is cute BUT Jodie could have done just as good a job without all the language. I watched as much as I could without just screaming at her. Why do people think they have to use such foul language to make a movie good??? Just blows my mind! Good subject for the movie but not entertaining.
18 people found this helpful

Kay EhReviewed in the United States on September 2, 2019
2.0 out of 5 stars
Is This Film Really "PG"
Verified purchase
What I truly disliked about this film is that supposedly its rated PG but with the amount of foul language in my opinion the rating should be changed!! I couldn't finish the movie. If I wanted to hear that many curse words I would have chosen a "PG-13 and/or rated "R"
16 people found this helpful

joel wingReviewed in the United States on September 10, 2020
4.0 out of 5 stars
Can a kid genius find balance between his intellect and childhood?
Verified purchase
Little Man Tate was directed by Jodie Foster. It’s the story of a working class single mom named Dede (Foster) and her genius son Fred (Adam Hann-Byrd). Fred’s intelligence gains the attention of a psychologist named Jane Grierson (Dianne Wiest). The movie pits Dede’s desire to keep Fred a kid with Jane’s wish to encourage his brains. Whether Fred can find a balance between the two is the dilemma of the story.

You can see the conflict in the film right from the start. Fred going off with Jane leads to separation anxiety on the part of Dede. Jane also has no idea how to deal with kids plus she’s overzealous. Fred of course was caught in the middle.

Adam Hann-Byrd did a great job with his role. He portrays Fred as split between his intellect and his childhood. That causes him great anxiety as well. Foster also did a tremendous job as director. She presented two worlds in conflict which drew the audience in while also making them care about Fred’s future.

IncredibleHatReviewed in the United States on October 11, 2021
4.0 out of 5 stars
Decent film
Verified purchase
It was a charming story, and a good subjec. A little slow in spots, and a few situations that could have been handled better, however overall it was entertaining and decent. However if a movie like this was made 'today', it would have been filled with complete rubbish. So it was refreshing to see this old film.

And for the "Oh woe is me the language... I think I'll give it 1 start"... really, there was bad language in this? Haha. Not really any worse than anything else out there.
4 people found this helpful

SSDReviewed in the United States on May 3, 2019
5.0 out of 5 stars
The movie is cute, fun and easy to follow. All of the actors in the movie are really good.
Verified purchase
A really cute and sweet movie and the company that sent the movie delivered on time per Amazon. The movie is about a smart and precocious little boy growing up and experiencing life among quirky people. All of the actors were suitably casted, it was fun seeing some of the current actors such as Harry Connick Jr and David Hyde Pierce in early roles. I highly recommend this movie just for the sheer entertainment of it.
7 people found this helpful

Curtis P. CooperReviewed in the United States on March 26, 2021
5.0 out of 5 stars
Great movie
Verified purchase
Well written, acted and directed movie about a boy that learns to use his gifts to everyone’s benefit.
3 people found this helpful

Frankie VilarrealReviewed in the United States on May 11, 2016
2.0 out of 5 stars
No extras??
Verified purchase
I updated my DVD to Blu Ray and it only had film on Blu Ray,but was missing All the extras from the DVD.Why does this company do this??Many of us want to update All DvD's to Blu ray and want all the extras that previously released as well as some new.The Film on Blu Ray looks great,buy somehow I feel cheated,since the DVD I have had extras???Companies gotta look into All releases,it is important because many of us will skip releases that are lackluster like this one.
4 people found this helpful

Mark J. FowlerReviewed in the United States on November 18, 2004
4.0 out of 5 stars
Geniuses are people too
Verified purchase
In her first job as director Jodie Foster shows us more than competent ability with a willingness to tell a story that's not formulaic.

Jody plays Dede Tate, who could have been her character from "Taxi" all grown up. Her only child is Fred. She tells Fred she doesn't know who his father was. She works odd jobs delivering drinks in a bar and "dancing".

Fred is seven years old for most of the movie, and he's a genius. Not a little bit of genius - Fred has "Good Will Hunting" or maybe above when he grows up kind of genius. He plays classical piano on the clunky upright that Dede sells at one point because finances get a little tight. Fred writes and composes poetry and when other kids are playing kickball on the playground Fred makes chalk drawings that look like they belong in the Louvre.

What Fred would REALLY like is to play kickball with the other kids and not be considered a "freak". When other kids are playing Fred is worrying about the ozone layer and the rain forests and fossil fuels, and Fred worries about it so much that he already has ulcers. He's enrolled in a public school where class is so boring it takes awhile before his teachers realize he's not retarded.

Dianne Wiest plays Jane Grierson, who was another "child prodigy" and played violin in the symphony at age eleven before growing up to head an institute for other hyperintelligent children. She hears about Fred and invites him to come join the group.

Much of the film deals with Fred being torn between biological Mom Dede and intellectual Mom Jane when he still REALLY wants a playmate. Fred sees that despite her super intelligence, Jane is nonetheless alone and lonely. He knows that his intelligence has long since surpassed Dede. The other children at Jane's institute are the kind who get giddy over spelling words backwards and doing differential calculus in their head. One of Fred's early role models, Damon, is nick-named "The Mathemagician" and goes everywhere with a big black cape. Damon admits to Fred that he doesn't have any friends because he's "an a--hole".

At one point Jane takes Fred away with her to the University where she is lecturing and he takes Quantum Physics. In a silly scene Fred enters a full classroom on the first day of class where 80% of the students leave upon discovering that the class is Quantum Physics. Did they not know that when they registered? In a nice touch a little later the Quantum Physics students left behind are straining to look over Fred's shoulder at his notes as he is clearly "getting it" where they are not.

While at the university Fred gets bonked on the head and winds up meeting Eddie, played by Harry Connick, Jr. in a little movie interlude that adds almost nothing to the movie other than a scene where Fred gets a grown-up playmate. Fred the classical pianist watches in awe as Eddie the jazz pianist tickles the ivories. Fred has so much fun that he comes over to Eddie's the next morning. Eddie's fraternity brothers are only too happy to guide young Fred to Eddie's room where he has a young woman in a compromising position.

You don't have to understand Quantum Physics or be able to do complicated math in your head to enjoy this movie - it's about the characters, NOT the academics. We're told over and over that, in addition to his incredible genius, Fred is also super perceptive and "sensitive". He's the kind of kid I hope grows up to be President. Then maybe he can SOLVE global warming, the rain forests, etc.
15 people found this helpful
See all reviews
Back to top
Get to Know Us
Make Money with Us
Amazon Payment Products
Let Us Help You
EnglishChoose a language for shopping. United StatesChoose a country/region for shopping.
© 1996-2022, Amazon.com, Inc. or its affiliates