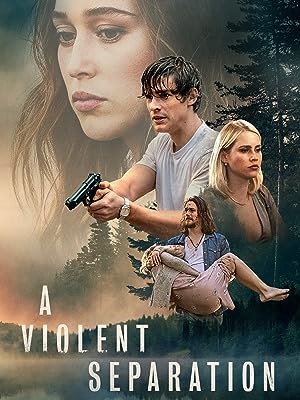 (345)
5.71 h 46 min2019NR
Norman (Brendan Thwaites), a young deputy, covers up a murder to save his reckless brother Ray (Ben Robson). As the walls close in and threaten Norman's marriage to Frances (Alycia Debnam-Carey), the truth dares to tear the brothers apart.

Christian StevensonReviewed in the United States on May 18, 2019
5.0 out of 5 stars
It’s really well done story telling that keeps the viewer guessing!
Verified purchase
Great storytelling and scenic backdrop. I felt lik I had been to Texas in 1983! Story unfolded masterfully in that we knew what was happening but we didn’t really know how it would conclude. Makes me feel emotionally invested in the movie. And character development was at the perfect pace for me.

The ending was quite satisfying as I thought we might be headed towards a burn everyone and everyone down. The ending was the closure that I desired.

Critical MassReviewed in the United States on July 6, 2019
5.0 out of 5 stars
A DEADLY TRAGEDY BRINGS THE WORLD OF TWO BROTHERS INTO CONFLICT
Verified purchase
Set in rural Louisiana in 1983-84, this is the story of two brothers - one, a youthful policeman (played by Brenton Thwaites - Titans, Gods of Egypt, Maleficent, An Interview with God, et al.); the other, a sometime mechanic and general trouble maker (played by Ben Robson - The Boy, Vikings). Their next door neighbors from whom they rent a trailer consist of Claire Holt (The Vampire Diaries, The Originals), her younger sister played by Alycia Debnam-Carey (The 100, Into the Storm), and their very sick father played by Gerald McRaney. BR is involved with CH (who has a young son), but is cheating on her with Francesca Eastwood (True Crime, Outlaws and Angels). One night, CH has had enough and drives away from a nearby tavern in a partially drunken state after witnessing the latest shenanigans of BR. The next thing we know, the two of them are together in the front seat of her car and CH is wildly brandishing a gun which she stole from somebody. BR finally gets the gun away from her, but he too is waving it around. Suddenly the car hits a pot hole and the gun goes off killing CH. In desperation, BR calls his brother BT in the wee hours of the morning for help. BT now has to make a critical decision. Does he help his brother by disposing of the body and effecting a cover up? Or, does he haul his brother off to jail? This would be BR's third strike and the end of any freedom. What is BT to do? He still loves his misbegotten brother, yet also has strong feelings for CH's sister.

BT chooses to help his brother and hide the truth. Some stranger must have shot CH. The Chief of Police, brilliantly played by veteran actor Ted Levine (Monk, The Silence of the Lambs), is skeptical of the shooting's scenario and is determined to find out what really happened. Unfortunately, any progress in his investigation always seems to lead to a dead end. Meanwhile, time goes by and BR is constantly feeling guilt ridden. He suddenly can't take any more and thinks of confessing everything even though that would now also implicate his brother. Moreover, in the meantime, BT has married CH's sister whose mutual feelings were finally and fully expressed. What to do? What to do? Plenty of excitement and action follows, all of which builds to a dramatic and complicated conclusion (NO SPOILERS HERE!).

I will only say: "However, she does leave the door wide open."

A final note of interest. Most of the key roles are played by Australian and British actors, all exceedingly capable of effecting an appropriate southern accent.
7 people found this helpful

DebraReviewed in the United States on December 11, 2019
5.0 out of 5 stars
Great Movie
Verified purchase
I love this movie because of the actor Ben Robson (not a celebrity crush) He played in Vikings in the third season as Earl Kalf and now is in the tv show Animal Kingdom as Craig Cody. This movie has a more realistic southern accent as I am from South Carolina. I ordered on Amazon Prime but also ordered the dvd so I could watch in my bedroom. Ive watched it way too many times its that good. A real go to movie on a rainy day.
One person found this helpful

YessicaReviewed in the United States on April 18, 2020
5.0 out of 5 stars
Great story and acting.
Verified purchase
I rented this movie because I am a big fan of Alycia Debnam-Carey. She didn't disappoint. Simply put, this was a very well told story which was carried by excellent acting. It makes you care about all the characters even when they are not likeable. Highly recommend this movie for people who just want a good story.
2 people found this helpful

JWReviewed in the United States on May 9, 2020
4.0 out of 5 stars
Very interesting ; twist at end
Verified purchase
The ending surprised me; it spoke of the depth some people will go to protect the "forgone" future they see for themselves. How the lead-up to that ending came about was messed up, with weak people and wrong turns all the way.
2 people found this helpful

Matty JReviewed in the United States on June 4, 2019
4.0 out of 5 stars
Good story, ending lacking
Verified purchase
I enjoyed the movie all the way up to the very end. The ending just kinda leaves you wondering what's up. I'm not too harsh of a judge and definitely not a cinema buff, just like to know where it's going when it's over. It was a pretty good flowing story and everything made sense. I liked the characters and all were well acted.
2 people found this helpful

Stefan OlssonReviewed in the United States on March 10, 2021
5.0 out of 5 stars
All around GREAT movie
Verified purchase
This is the first movie i've seen in quite awhile where I did not want to turn it of within 10 minutes. I work in the Hollywood movies industry, but I am allergic to Hollywood "style" movies. Great acting, great locations, and story......Very likeable characters, or unlikeable, depending how you see it.

RON B.Reviewed in the United States on March 10, 2021
5.0 out of 5 stars
Really good movie
Verified purchase
A good thriller/investigative movie that is believable. Good acting makes it worth watching.
One person found this helpful
See all reviews
Back to top
Get to Know Us
Make Money with Us
Amazon Payment Products
Let Us Help You
EnglishChoose a language for shopping. United StatesChoose a country/region for shopping.
© 1996-2022, Amazon.com, Inc. or its affiliates