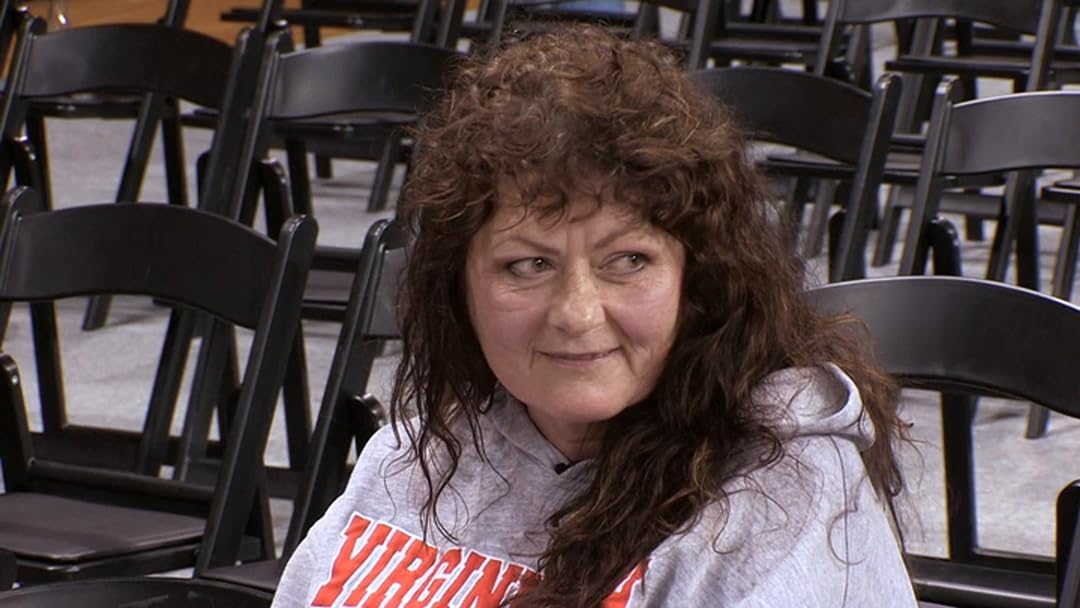 USA: Being Poor in the World's Richest Country

(56)
7.052min20197+
43 million people in the United States live below the poverty line, twice as many as it was fifty years ago. 1.5 million children are homeless, three times more than during the Great Depression. Entire families are tossed from one place to another to work unstable jobs that barely allow them to survive. In the historically poor Appalachian mining region, people rely on food stamps for food.

Unknown BibliophileReviewed in the United States on July 17, 2020
1.0 out of 5 stars
The overt bias taints message.
Verified purchase
The film is very biased. The filmmaker tries very hard to portray homelessness and poverty in America as worse than in their home of France. They also try to lay the blame at the feet of Trump. However, the US poverty rate in 2018 was 11.8%, France was14.7%. The US has 17 homeless per 1000, to France's 21. The US unemployment rate was 3.9% in 2018 to France's 9.18. Also, under Trump, the poverty rate, unemployment, and homeless rate have all dropped. Prior to the COVID shutdown unemployment in the US was 3.5 the lowest in US history. The big takeaway is go look at your own poverty and homeless situation before traveling halfway around the world to point fingers. While some of the film was eye-opening and exposed the underbelly of an important topic. Overall it does not meet the bar set by poverty films like Hillbilly, Paycheck to Paycheck, or A Place at the Table.
14 people found this helpful

TSwansonReviewed in the United States on May 2, 2020
1.0 out of 5 stars
OMG can I have my hour back please?
Verified purchase
Near the beginning of this I was confused when the English speaking narrator with no accent started talking in euros rather than dollars when talking about money in the US. It became clear not long after that this was a film to take back to France to bash the US and their handling of the poorer segment of society. Yes, America does have homeless and people living in poverty. This swill did nothing to explain why this is, nor why that magnificent utopia of France does any better. What garbage propaganda. Shame on whoever produced this nonsense.
13 people found this helpful

T&J WynnReviewed in the United States on December 14, 2020
4.0 out of 5 stars
It's only getting worse...
Verified purchase
There are a lot or different reasons why poverty in America is getting worse, but much to do with it, is the huge disparity of wealth that we seem to almost celebrate, while the broad range of family raising jobs has diminished significantly in the last x20-years. What Trump didn't tell you, before the Corona Virus hit, and all his "most jobs ever created", were part-time, gig-type work, warehouse work, and Amazon-type fulfillment work. Try raising a family on that! Yet, the US Stock market has been juiced-up to record highs, even with 8% un-employment, bc apparently we are OK with Jerome Powell and the Fed, creating $USD out of thin-air, to give to giant US Corporations so they don't lose a dime. This has only exacerbated the great wealth divide, and the uber-rich have gotten billions of dollars richer in this pandemic, thanks to a big kill-off of medium size, and most especially, Mom-and-Pop businesses. I don't think there's ever been a large wealth disparity in the history of the world, and the end result will be a breakdown of society, and real community. We've got to fight this neglect and abuse by the Billionaire classes, as many don't pay their fair share of taxes, and rather, use our resources, our land, our institutions, our very government, to game the system in their favor. Real democracy is about a Gov that works for The People, not the giant corporations.

TerrilsReviewed in the United States on May 8, 2020
2.0 out of 5 stars
Definite Agenda
Verified purchase
This program, made by the French, has a definite agenda to pretend that perfectly honest decent hardworking people who pay their bills are ruthlessly kicked out instantly once they're late. It completely fails to look at the months of late payments, or trashing of properties, that often takes place, and the homeless segment looks at the small percentage of working, non-mentally ill, noncriminal homeless, rather than the bulk of homeless, who are, let's just say, not quite so immediately sympathetic to a working class viewer. Yes, this nation and its ruthless capitalist policies have a LOT of problems. But this program was just a cheesy hit piece. Don't look here for a balanced, in-depth examination of homelessness. There are many better programs, made HERE by people who actually understand the challenges of the homeless and the working poor.
6 people found this helpful

DarkonReviewed in the United States on April 26, 2020
1.0 out of 5 stars
Biased so-called documentary. The US has the richest poor people in the world
Verified purchase
This was a poorly executed documentary that gives a very biased look at the poor in the US. The program does a horrible job explaining how the eviction process works, and gives the impression that it can happen in only five days. Many of the people featured have made a series of bad decisions that have put them where they are, and none of that is explored.

A waste of time. The program ends very suddenly as if they ran out of money had to distribute it wherever they were in the program.
12 people found this helpful

AdamReviewed in the United States on December 20, 2019
4.0 out of 5 stars
From a European viewpoint
Verified purchase
I thought this documentary did a good job of showing people in different situations, and dispelling the myth that all homeless people are lazy and/or drug addicts. That being said, the documentary was one-sided in that it showed the view of the tenant and/or homeless person, but never the view of the homeowner. At one point, a homeowner gets upset because a man sets up a "house" for a homeless couple on the sidewalk across from their house. Who wouldn't get upset at that?
6 people found this helpful

CCBReviewed in the United States on January 4, 2021
2.0 out of 5 stars
Poverty will NEVER end until People Change
Verified purchase
I agree with all the negative reviews..What they said, all true, totally bias documentary with tainted and invalidated facts, and total Trump bashing, Trump is not responsible for the homeless, jobless or ignorant people who choose to drop out of school and don't get an proper education and therefore cannot get a decent job, or people who choose Not to work because they can make more money from Welfare than if they were working, because once again they aren't qualified to earn more than minimum wage, and apparently welfare rewards people who didn't finish school and choose not to work by supporting them and their families instead of training them to be a contributing member of society, so that's why the poverty level remains so high, really sad!! The rich get richer off the working class, and the Greedy Politicians 😡
2 people found this helpful

LB Reviewed in the United States on December 21, 2020
1.0 out of 5 stars
Pathetic. Donate the cost of the film to the poor and the poor would have been better off.
Verified purchase
What a huge disservice to poor and homeless in United States. This guy should go back and film the poor in his own simple country. This film demonstrates an inability to research and present facts. Clearly the guy had an agenda and it flopped because he was too lazy to actually research and understand the dynamics of poor and homeless in the USA. He picked a couple of places and issues and left it at that. How does this junk get funded?
3 people found this helpful
See all reviews
Back to top
Get to Know Us
Make Money with Us
Amazon Payment Products
Let Us Help You
EnglishChoose a language for shopping. United StatesChoose a country/region for shopping.
© 1996-2022, Amazon.com, Inc. or its affiliates