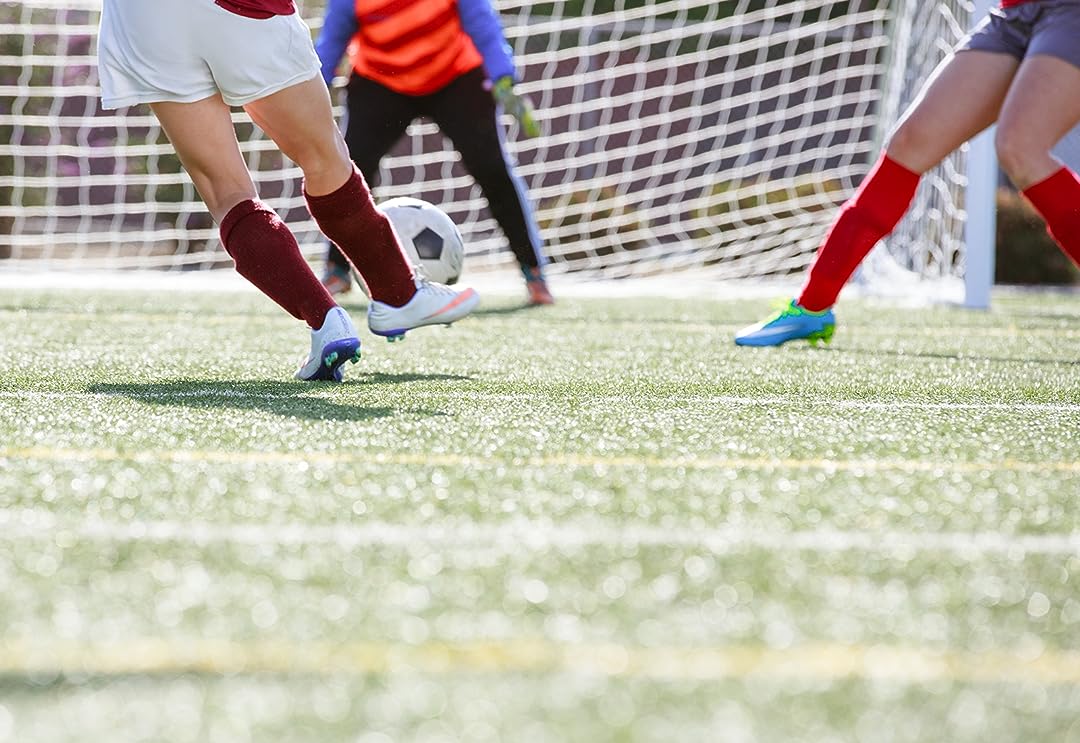 Season 1
(4,092)
7.02016X-RayUHDALL
Devin Burke and her family have moved cross-country to California and now must adjust to a new life and a new soccer team. The Kentville Kicks don't quite play up to the standard that Devin is used to, so she must establish herself as a leader while also trying to make friends in a strange place.

ArtReviewed in the United States on December 2, 2016
5.0 out of 5 stars
Great show, bring on season two!
Verified purchase
Hard to add anything new to what the other reviewers have already said, so I'll just state that this is one of the few, quality, family-friendly shows that both kids and adults can enjoy. I was initially drawn to it because my daughter, 7, started her first season of soccer this year. Given that, we decided to give this show a try. At first she wasn't really into it, but once we got to the third episode she was hooked. In fact, she's currently going through the season a second time. What I like in particular is that the show doesn't seem to rely on the usual overheated melodrama and weak attempts at humor you find in so many other so-called kids shows. Instead (with a few exceptions), kids on this show seem to act like real kids with believable issues kids might face at that age - none of what you see on other shows where they are magically able to act and express themselves with all the maturity and intelligence of an adult who's been around the block several times. I have to give special mention to Gabe Eggerling as Bailey, Devin's brother, and Alejandro Furth as the coach and especially Isabella Acres as Mirabelle. All of these roles could easily have been forgettable cliches but each actor brings something special to the role that makes you want to see more of them in upcoming seasons. Acres in particular seems primed for a similar role in a teen-movie, playing the quintessential "mean girl" but with something deeper going on beneath the surface. Let's hope Kicks gets renewed for another season.
52 people found this helpful

RRLReviewed in the United States on October 7, 2017
5.0 out of 5 stars
Safe, fun and engaging for girls and boys
Verified purchase
The Kicks is such a great show, and not just for my soccer/Alex Morgan obsessed 9 year old! Even my 13 year old son watches it. There are SO few shows that all of my kids can safely watch together (5-13). I am writing this review as a parent to beg for a season 2, I think they've watched every episode like 15 times. Plus, leaving it at a cliff hanger is driving my kids crazy waiting :)
29 people found this helpful

Mom of FourReviewed in the United States on September 14, 2016
5.0 out of 5 stars
Girls Soccer Rules- Can't wait for season two.
Verified purchase
We have four kids who play soccer. Our 7 year old daughter has read all the books and was especially excited to be able to watch the series. My husband and I weren't sure of what the quality of the show was going to be but we were pleasantly surprised. It really is entertaining for both the kids and parents. There is enough humor and story line to keep you interested and we really enjoy the acting of the main characters brother who has some great lines. Our three grade school girls love the show and even our teenage son enjoys it. Overall we're happy there is a show dedicated to showing girls play soccer and how bonding it is to be part of a team. We greatly hope they continue for another season and more.
67 people found this helpful

Lisa Melling Reviewed in the United States on October 18, 2016
5.0 out of 5 stars
Great show that speaks to tweens and is positive
Verified purchase
This season has been thoroughly enjoyed by my tween daughter who has moved and has become more and more interested in soccer. The main character has real conflicts and works through them with family and friends. I think this show has been very encouraging and uplifting, which I have not seen in a long long time in our culture. Thank you for putting parents into the picture, where they give wise advice and have issues in their lives that they bring into the story. I think because it's not just about Devin, this story works. I hope future stories don't just focus on her. I LIKE that they have parents involved, friend involved, and old friends from the past. My daughter, who normally never gives 5 stars, gave this five stars. That says a lot. Please PLEASE don't turn trashy!
16 people found this helpful

T-MACReviewed in the United States on August 29, 2016
5.0 out of 5 stars
A must watch for our little lady foot ballers (soccer players)....
Verified purchase
I'm not usually one to comment on Series, but I could not help myself on "The Kicks."
My girls (7yrs & 9yrs) and I have been waiting for what seems like forever for the entire season to finally be released on prime, and it did not disappoint. The girls had watched the Pilot Episode multiple times and have been waiting impatiently for the series to be released. Needless to say we were ready to marathon the series as soon as it came out, which is exactly what we did. No spoilers here, just have to say that the Kick's is a fun family based series, with great messages for girl soccer players and all athletes in general. Alex Morgan hit all of the right cords with her books, and they did a great job putting it together in the series. Hope they keep this series going into season 2, since after watching the Kicks my girls have both read all the books and are starting the series all over again.
11 people found this helpful

DiamondsForeverReviewed in the United States on October 6, 2016
5.0 out of 5 stars
Love the Kicks!!!
Verified purchase
I am so glad this is a show where the kids are just kids not oversexed teens trying to be adults. It remains me of save by the bell except it is all centered around a young girl and her quest to be a great player on a team of misfit players. This is what kids need to be watching on cable and network t.v. channels. Thank you amazon for bringing back just good old fashion fun shows without political commentary or hidden agendas. Kids don't need to be preach to , they just need to be entertained. Leave parenting and sex education to their parents. Hoping you keep the kicks around for a long time!!
30 people found this helpful

ScottGReviewed in the United States on September 21, 2016
5.0 out of 5 stars
Nice job Amazon
Verified purchase
My 7-year-old grandson loves the show. For parents who find themselves spending quality time in the form of watching kids TV programs with the kids, good news! This show is good for the parents as well as the kids. My grandsons big attraction is that the story is centered around the public schools soccer team (albeit a girls team). But the show conveys stories of leadership, problem solving, work, effort and reward, and a host of other positive attributes in a way that is both subtle and memorable. I have to add that there are a few subtle messages that parents seem to sometimes forget in their hurried and harried world: Fairness, taking time to listen to all the kids not just the loudest one, rules, and consistent guidance sometimes at the expense of convenience. With no silly slapstick or outlandish supernatural that is found in many kids shows, this is one with humor and drama that seems to strike a good chord with the kids and hopefully the parents as well.
Nice job Amazon
9 people found this helpful

Super SachikoReviewed in the United States on January 1, 2018
5.0 out of 5 stars
Need a season 2 please!! Really fun and heartwarming show.
Verified purchase
I really hope they make another season of this!! Every episode was so interesting! It was great watching the characters grow and change. Devin is an awesome main character. I like her confidence and skills! I also like Mirabelle because she is funny and an interesting character who has different sides to her. Bailey was another great character. I don't know what to say other than I just liked everything about him, lol. The storylines were so good because I was always eager to find out what would happen next. There were several heartwarming moments, and that's what really made me become attached to this series. Please make another season!!!
6 people found this helpful
See all reviews
Back to top
Get to Know Us
Make Money with Us
Amazon Payment Products
Let Us Help You
EnglishChoose a language for shopping. United StatesChoose a country/region for shopping.
© 1996-2021, Amazon.com, Inc. or its affiliates