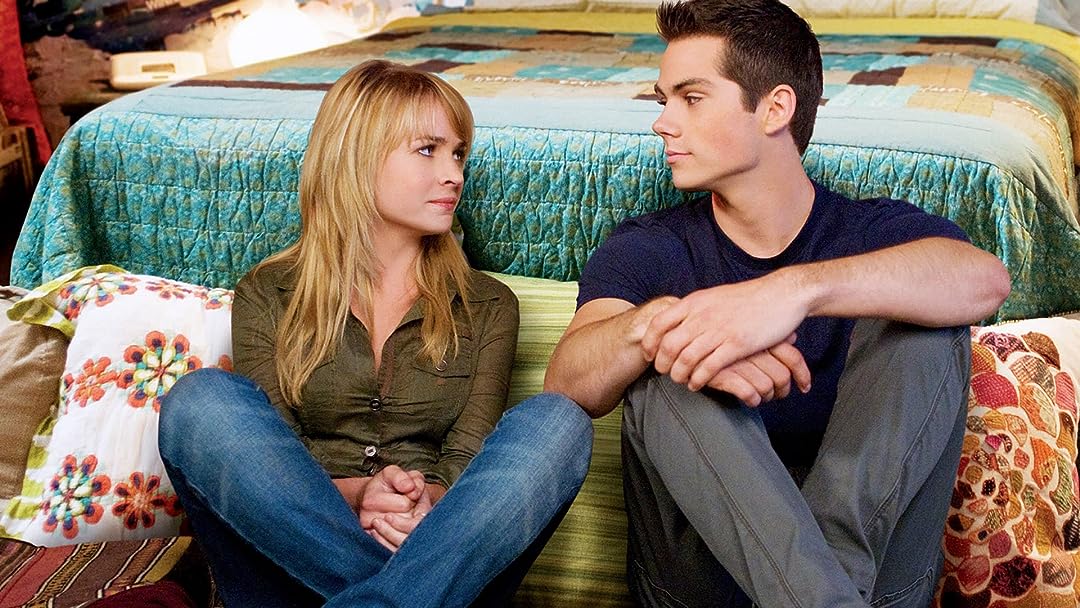 (1,167)6.81 h 35 min2012X-RayPG-13
Dave, a high school senior, spends most of his time pining away over a girl he can't have. Aubrey, a junior with artistic aspirations, has a hot boyfriend who doesn't quite understand her or seem to care. Dave and Aubrey find themselves at the same party one night. A casual conversation sparks an instant connection.

Just Helping OthersReviewed in the United States on April 21, 2020
5.0 out of 5 stars
Very Honest
Verified purchase
Being much older in age now and looking back at this story I could not help but being touched by the true wonderment of being young: not knowing what lies ahead or how the world truly is. Will I find someone special? Will I be happy? Will I work on something that I enjoy? It was disturbing, it was exciting, it was being fully alive. No matter what ends up happening to you later, nothing and nobody can steal from you the memories of being young.

Both Dylan, my favorite young man, and Britt delivered a convincing performance...and perhaps there was less performance than expected...they were together for six years after filming this story. A special movie with two special actors...

As to the film itself, the lead actors do a good job, and the support characters range from stereotyped (friends) to realistic (parents). The writing takes a harder look at what is more likely the common "first time" experience...ie. lots of fumbling, moments of insight, as well as moments of immaturity. It doesn't get bogged down too much in the backstory, but these aren't carbon copies of other teen comedy flicks, either. It has a bit of nostalgic flair reminding me of Cusack's Lloyd Dobler in "Say Anything" without the 80's cheesefest.

It was nice to see O'Brien hinting and more complex acting skills than the ones we see in most of his other work. Robertson is a little less polished, but she's still very good.

Avg JoeReviewed in the United States on August 29, 2017
5.0 out of 5 stars
The two leads make this much better than you would imagine.
Verified purchase
I was leaning toward 4.5 stars but given the choice of 4 or 5, 5 would be my vote.
This is a simple plot but the characters are excellent, even the secondary characters are 3 dimensional and likable. You get their personalities right away with a few well placed lines of dialog. Too much good acting not to give the director a nod. Subtle expressions frequently make the dialog work quite nicely.
The leads, however, really make the movie... there is a decided chemistry there.
Two strangers meet, one a bit akward, one a bit jaded, both witty and understated. Simple dialog between two people trying to figure out how to figure out what they want out of life, being candid as one can only be with a stranger.... and at some point they stop being strangers and the truth is a bit more akward and difficult... unless you step up your game.
This is not Marvel's The Avengers, or Casablanca..... it is, however, a very pleasant movie that you will likely watch again and again over the course of time.
17 people found this helpful

neaReviewed in the United States on March 22, 2021
1.0 out of 5 stars
OH good gosh, what a completely display of idiocy.
Verified purchase
Okay, think back to your first time, and tell me that it was this much of a let down. I sure can't relate to this movie, not one little bit. But then they can write a movie anyway they choose, and they chose to write this one without hormones. Teenagers are not so clinical, that scene in the bed with him fumbling to put on the condom was the most ridiculous thing I have ever witnessed. Boys practice for a year putting them on just in the hopes they will get to use one. haha. And it isn't rocket science, and he would have been more than happy to let her help. Teenagers keep doing it til they get it right......believe me. So then she figures she has messed up and will never see him again, and he shows up at her house and tells her how much he wants to just talk and be with her, and her response is, I will be late for school. :) Good Grief......
2 people found this helpful

Don't tread on meReviewed in the United States on August 27, 2020
4.0 out of 5 stars
Was actually a pleasant surprise
Verified purchase
I am considerably older than the targeted demographic for this movie. I watched it on Amazon Prime and not sure what prompted me to do so. I thought that I would be turning it off in 10 minutes. It drew me in. Aubrey's character is a refreshing character who doesn't fit the sterotype of the worthless girls that my son seems to keep encountering. She is smart and wants to meet a guy 'the old fashioned way' and doesn't denigrate the men around her. Many of today's movies are consumed with identity politics and not telling a good story. While this movie has one line I didn't care for, it actually tries to tell a good story which is does fairly well. The matter of sex and your first time is addressed rather well without glorifying it or suggesting there are no consequences of any kind.
The only reason this didn't get 5 starts from me was the ending. It seemed a bit rushed and a tad anti-climatic. Otherwise, I actually enjoyed it and would recommend it for young adults who want a good story without a bunch of injected politics or woke messaging.
One person found this helpful

pbReviewed in the United States on April 12, 2021
5.0 out of 5 stars
The conversation you want to keep having
Verified purchase
There are some moments when the movie starts to feel a bit like a play; one or the other of the principals has something of such import to convey -- capturing the ephemeral -- thoughts and feelings so important you can only really see them sideways, out of the corner of your eye, for a moment. Not "save the world" thoughts of grandiosity... but maybe save yourself.

Something we all have to find our own ways through. If we're lucky, with a partner like these two find in each other.

Even when this comes to the fore: What they have to say is just so damned good.

This movie moves between the prosaic and the sublime. And finds the latter in the former.

I enjoyed several of the performances, but I will particularly call out Britt Robertson. After seeing her in this and in "Cherry" (some time ago; I'm overdue to rewatch that one), I'm looking forward to her career being a long one of similar caliber.

But really, the two leads work together and play off each other with a timing and physicality that give that writing and its dynamic life.

This is a smaller budget/production film, and perhaps there are aspects some will find "less than perfect". I find it quite endearing. And it nails the essentials with a freshness and authenticity that... well, I just want to keep having the conversation.

It is a bit of a feel good movie. Reality is given a bit of a glow. Maybe that's part of what keeps me returning to it, repeatedly. To be reminded of part of the world that can still work right.

And maybe it's a bit like the concentrated high of the first weekend of meeting someone you find you really dig. Which would be entirely appropriate. :-)
One person found this helpful

EveReviewed in the United States on April 28, 2017
5.0 out of 5 stars
perfectly awkward
Verified purchase
i watch this movie years ago on netflix. was having a conversation with a few of my friends about how badly most movies handle the whole "first time" thing. i remembered how honest and refreshingly awkward this movie was so i ordered it. watched it with them and they agree. great movie. and i love that the two actors actually got together in real life. it makes sense they have great chemistry.
15 people found this helpful

Cherokee LouiseReviewed in the United States on December 19, 2020
5.0 out of 5 stars
Fascinating Movie with Excellent Acting
Verified purchase
Well, what a surprise. I figured it was a teen anxiety movie with a 50/50 chance that the characters would be a stereotypical teenagers whose hobbies are drink, drugs, being dreadful to their parents, and practicing the type of sex that makes one feel sorry for teenagers. Dylan O'Brien and Britt Robertson are subtle and skilled actors. Dylan's character has two very funny pals who do their best to keep Dylan from being too shy or pining after the wrong girl. Even at age 68, I 'get' these kids.

It's really good. It's entertaining. Watch it. You will not be sorry.
2 people found this helpful
See all reviews
Back to top
Get to Know Us
Make Money with Us
Amazon Payment Products
Let Us Help You
EnglishChoose a language for shopping. United StatesChoose a country/region for shopping.
© 1996-2021, Amazon.com, Inc. or its affiliates