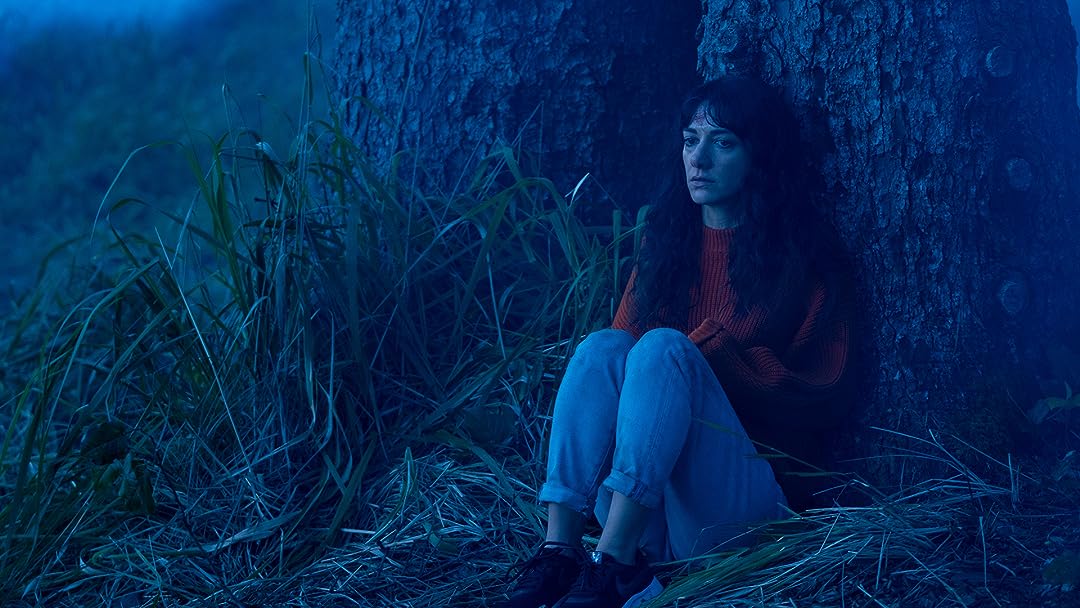 DMCReviewed in the United States on July 25, 2020
1.0 out of 5 stars
Big waste, ending is HORRIBLE!!!
Verified purchase
Beginning and middle look promising. The ending just totally ruined the whole movie. Unless you enjoy an ending where nothing is explained and makes absolutely no sense. It's like the director ran out of money and said just wrap it up quickly and end it. Everybody go home, we got their money at this point, no reason to explain anything. The movie was a big waste!!!
71 people found this helpful

Saria McLeanReviewed in the United States on July 26, 2020
1.0 out of 5 stars
Would give 0 stars if I could.
Verified purchase
This movie had the potential to be really great, but ended up being a huge fail. I was really into it until the last 20 minutes, which seemed to be hurried and thrown together. The ending left us with absolutely no answers, just a ton more questions. Waste of 6 bucks and an hour and a half.
46 people found this helpful

Robert P Sullivan IIIReviewed in the United States on July 26, 2020
2.0 out of 5 stars
Wait until it’s free and then MAYBE watch it.
Verified purchase
I thought about giving this one star but decided last minute to give it two. I really wanted to like this movie but it just never took off. It took a long time to get going, and once it did, it was a very light simmer. The acting was good, but the movie lacked in all other aspects.

Definitely wait until this one is released for free, and even then, don’t watch unless quarantine is still in effect and you’ve watched every other movie on amazon prime, Netflix, Hulu and YouTube.

AililisReviewed in the United States on July 26, 2020
1.0 out of 5 stars
Wait until it's free to watch!
Verified purchase
It starts off promising but then rapidly turns into a formula for that movies use when they've run out of plot. A lot of the movie is filmed in darkness, I assume the director believed dark equals scary. The music is suspenseful to attempt to add to the film's supposedly scary atmosphere. The ending is ridiculous leaving you with the feeling that you've been duped into watching a knock-off of the movie, "The Intruder" meets Freddy or Jason without the visible carnage. In fact, the ending leaves you with no explanation of who the killer actually is or his motives. Just some random guy who buys/rents a house kills the people that he rents it out to and then moves on to the next house to do the same thing.
26 people found this helpful

D.L.Reviewed in the United States on July 25, 2020
3.0 out of 5 stars
Pleasantly surprised
Verified purchase
I rented this movie with almost zero expectations and came away pleasantly surprised. Directed by actor Dave Franco, in his first movie behind the lens, the movie is competently filmed, taking excellent advantage of the scenic Oregon coast and the appeal of its leads. Most notably Dan Stevens and Allison Brie. The story is about two couples made up of brothers Charlie and Josh and their girlfriends, Michelle and Mina who decide to rent a vacation home for the weekend. Without giving too much away, things don’t go as planned and...well you should really watch to see what happens.

If I were to categorize this movie, I’d say it falls into the drama/suspense arena with a touch of horror during the second half of the film. Here, Franco does a good job juggling these three genres without them tripping over each other.

If there was one criticism, I’d say that the story could have dialed back on some of the twists as they tend to overly complicate the story.

Overall, I’d give this movie a good recommend. Dave Franco has proven that he can direct with the flair of a seasoned filmmaker and I’m curious if his next film stays within the genre.

SailorReviewed in the United States on July 25, 2020
5.0 out of 5 stars
Such a good premise for a movie-But don't plan on renting a BnB anytime soon.
Verified purchase
I dont think this was a particularly good time to rent this movie as my husband and I were doing some research on BnB rentals for the upcoming future. This movie was pretty good and there were so many times where I yelled "NO YOU'RE MAKING THE WRONG DECISION WHAT ARE YOU DOING???"

This is such a classic scary movie but the ending is what really frightened me...I dont know if I can ever stay in another bnb after this.
16 people found this helpful

Jonathan M. BermanReviewed in the United States on July 26, 2020
2.0 out of 5 stars
Terrible and tedious
Verified purchase
The Rental is the story of two couples who go on vacation to an expensive seaside AirBNB where dogs aren't allowed for some reason.

Susan D.Reviewed in the United States on December 25, 2020
1.0 out of 5 stars
Awful
Verified purchase
Within the first 5 minutes we are subject to one of the lead characters claiming racism and sexism. She is of middle eastern decent. She applies for a weekend rental and is rejected. Her 'white' brother in law applies and is accepted. My very first thoughts were "is this what we, the paying public is going to be subjected to." for a little bit of entertainment. Racism must have been announced at least a half dozen times. What a pathetic generation. It's makes me think of music. The profoundly talented musicians from decades ago. Marvin Gaye, Aretha, The Four Tops, The Temptations, Nat, and so on. I could go on forever. Now, the people who scream racism, embrace Cardi B and her WAP. This movie sucks. The ending is awful. Expect nothing because you are going to get nothing.
7 people found this helpful
See all reviews
Back to top
Get to Know Us
Make Money with Us
Amazon Payment Products
Let Us Help You
EnglishChoose a language for shopping. United StatesChoose a country/region for shopping.
© 1996-2022, Amazon.com, Inc. or its affiliates