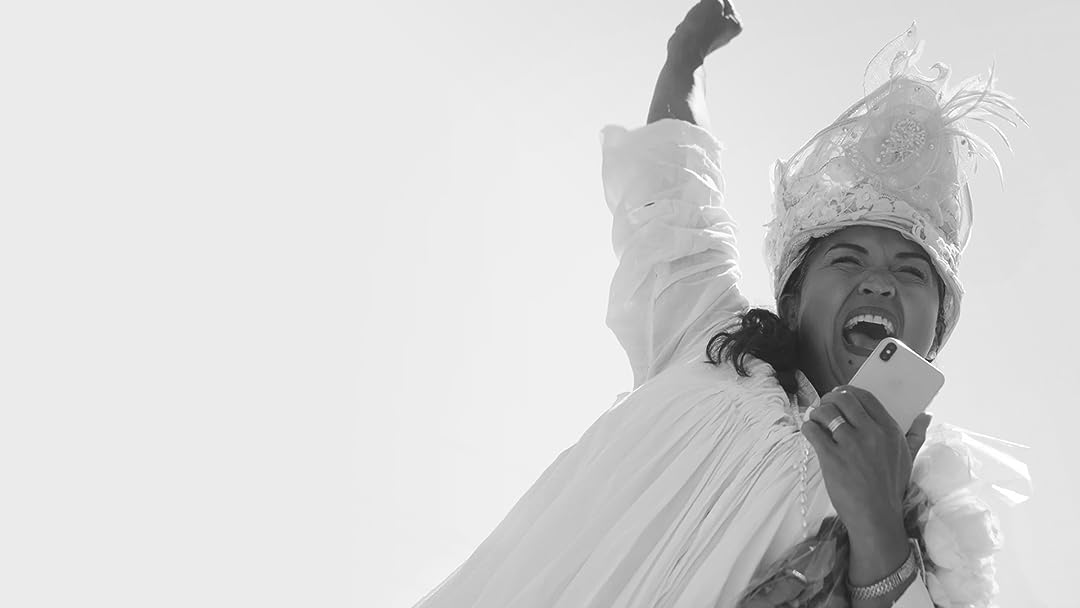 (688)
6.81 h 21 min2020X-RayHDRUHDPG-13
In this intimate yet epic love story filmed over two decades, indomitable matriarch Fox Rich strives to raise her six sons and keep her family together as she fights for her husband’s release from the Louisiana State Penitentiary, commonly known as Angola.

Blanche DevereauxReviewed in the United States on October 19, 2020
2.0 out of 5 stars
Meanwhile, INNOCENT Black Men Deserve Justice!
Verified purchase
I'm struggling to write this review, as I am well aware of how unjust this country's justice system is for Black people. However, unlike the majority of the reviewers here, I have little empathy for those who decide to commit a crime to save their business/get out of debt, then cry "woe-is-me" when they're dealt with by our justice system.

In fact, it was mentioned the wife was smart-enough to take the plea-deal; the husband stood-trial, blatantly guilty, and recieved a sentence 5 times longer than his wife. According to a comment the wife's mother made, he could have taken the same deal as his wife. If that was the case, going to trial, in Louisiana, BLATANTLY GUILTY of a planned crime, and thinking he'd get a better outcome, was just foolish.

After seeing the trailer I was under the impression perhaps her husband was wrongfully convicted and she was seeking justice... this is far from what happened. It makes sense to me why the wife's mother appeared unbothered/indifferent during this documentary.

At any rate, I'm an advocate of Black love and keeping the Black family together, and I'm happy they were able to reunite.

Paige DevereauxReviewed in the United States on October 21, 2020
1.0 out of 5 stars
Nobody is a "victim" here.
Verified purchase
The is what's wrong with America. You call yourself a victim when you perform an armed robbery. Are you kidding me? My Aunt was shot dead during an armed robbery. You do the crime, serve the time. She didn't get 60 years, her life ended. I loathe people like this.
207 people found this helpful

UmteleReviewed in the United States on October 19, 2020
1.0 out of 5 stars
Unwatchable
Verified purchase
Maybe instead of whining about her husband being in prison for 20 years she should take responsibility for robbing a bank! And where did her youngest son come from if her husband was in prison??
147 people found this helpful

AlexReviewed in the United States on October 18, 2020
3.0 out of 5 stars
Emotional, yet lacking in many ways
Verified purchase
I guess my high expectations have let me down somewhat. What I expected -- and hoped -- to watch was a documentary chronicling the steps and measures Fox Rich took in her fight to get her husband released from prison.

This movie doesn't show any of that.

There is not a shred of information about why he was released early, or what his dedicated wife did specifically to help. We're not learning anything about the proceedings. We're also not learning much about the family; out of the six children, only Justus and Freedom are featured at all, and with their admirable apparent success in life, I longed to learn about their upbringing, about how their mother of six had not only been fighting for her husbands release from prison and building a career had also managed to raise her beautiful children while also being away in prison for several years.

What we *do* get to see is a beautifully filmed glimpse at a family that is obviously loving, supportive, caring, devoted to their faith, and that's heartwarming to witness, but there isn't much "meat" (for lack of better term) that tells the actual story.
133 people found this helpful

gus guidryReviewed in the United States on October 17, 2020
3.0 out of 5 stars
Why were they upset, when they did the crim
Verified purchase
So I 'm so confused if they rob the bank they deserve the time. I'm not understanding why they wanted special treatment just asking a question? I think I must have missed something.
116 people found this helpful

RAEReviewed in the United States on October 16, 2020
5.0 out of 5 stars
FAITH
Verified purchase
I Think this was an wonderful document of a women keeping her family together while fighting to get her husband freed. I cried and laughed with her and her family as I watched.
The only thing about TIME is that I which it gave the Years MM/YR.
I'm GLAD THAT THEY LEARNED FROM THEIR MISTAKES AND SHE AND HER FAMILY RAISED HER BOYS UP TO BE INTELLIGENT YOUNG MEN. I'm VERY PROUD OF YOU'LL.

Robert I have nothing but FAITH in you to Cherish the Women you have - Not everyone would have did what she has done to hold it down . GOD BLESS YOU ALL
79 people found this helpful

Paulatanesha M.Reviewed in the United States on October 16, 2020
5.0 out of 5 stars
Sad, True, Beautiful, Heart-Aching, & Inspiring
Verified purchase
The above is the best way to explain this documentary. It's hard to watch in that it hurts so bad. But these kinds of stories are necessary to share. People make mistakes but often the punishment our country bestows upon Black folks does not fit the crime. It's painful and real. Beautifully done, God bless this family.
81 people found this helpful
See all reviews
Back to top
Get to Know Us
Make Money with Us
Amazon Payment Products
Let Us Help You
EnglishChoose a language for shopping. United StatesChoose a country/region for shopping.
© 1996-2022, Amazon.com, Inc. or its affiliates