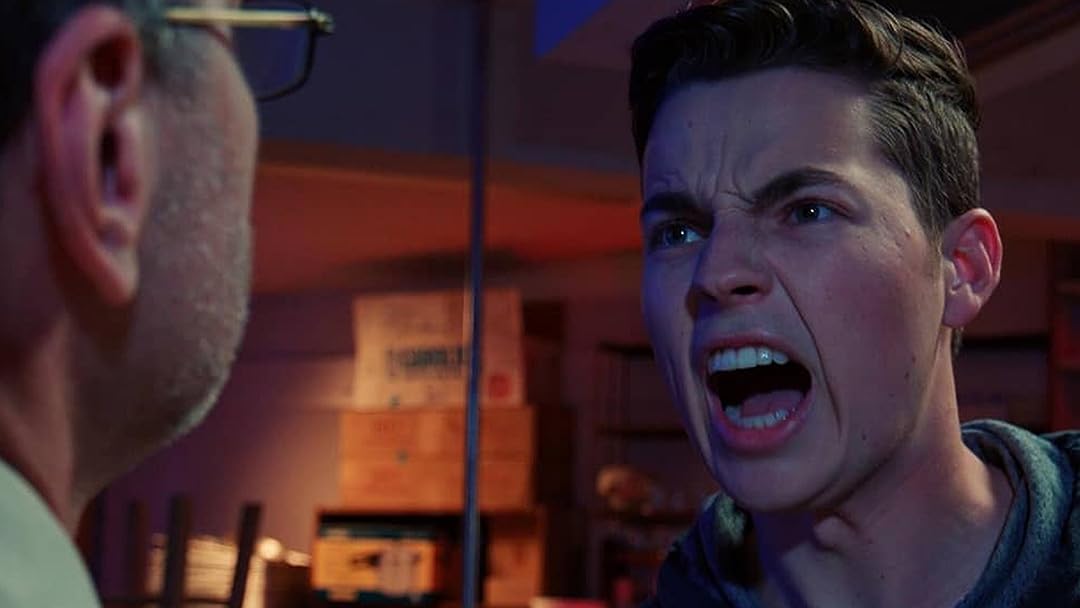 (82)1 h 30 min202013+
After appearing to kill a teenage girl, Sid, a scarred up boy since birth, creates an alter ego of a handsome confident boy to protect himself from accusations.

TReviewed in the United States on March 11, 2021
1.0 out of 5 stars
not interesting
Verified purchase
I only got about 20mins into it, but it just seemed really bad and I was already bored. The intro scenes of a film are important to "pull the viewer in" and set the stage for the rest of the film, and this just seemed poorly written, low budget, dull, and illogical, so I shut it off. I notice many other reviews seem overly flattering. To me there's no way this is a 5 star film--it looked like a dud from the getgo.
7 people found this helpful

beck61Reviewed in the United States on March 18, 2021
2.0 out of 5 stars
Kristian Pierce is excellent
Verified purchase
I gaveWhy it an extra star because the actor who plays S'id (which spelling drives me nuts, what with all the weird names with apostrophes for no reason lately) is star quality in something much better than this. I stuck with it, hoping that some clearer resolution would come, and I'm still scratching my head. I have so many questions: Who was really guilty of what looked like S'id's crimes? What was the ending really telling us? Why was the rest of the actors so awful, with their overplayed parts?
S'id is a kid with bad scars on his face, which are never explained, and some homeless people cut out his mother's tongue a year ago, and his father seems to be a low-grade bully. S'id is bullied at school and is odd, not just because of the daily trauma of a bully, but by being blamed for being bullied, by his teacher, who wants to suspend him. The teacher is obnoxious, that much is true, and overly so. S'id sees things weirdly, through some kind of purple haze-type vision and flying electric bolts, and he lives by the tenet that nothing is as it seems or doesn't seem. He falls asleep often and wakes up either with something awful having happened, or an alter-ego which gives him an unscarred face, and a lot more confidence. If this gives you an idea of what you're in for, then good. Choose wisely whether to go forth.
One person found this helpful

Todd M.Reviewed in the United States on March 21, 2021
4.0 out of 5 stars
Opinions will definitely vary on this one.
Verified purchase
I think we get it but I’m not sure but suffice it to say that I think everything that happens is in someone’s mind… and that’s by no means a spoiler. It’s a physiological suspense that is more about the mind than reality so what is reality if it’s not what the mind creates. It’s slow moving, the dialog is not the best and it’s often hard to tell if what you’re seeing is “real”. Stick with it until the credits end and there’s a short clip. I’m not so sure the synopsis is even correct but it was interesting and held our attention. Anyway, that final clip is important but means nothing if you don't turn on the captions so you can tell what's being said by the driver and the captions will show his name.
One person found this helpful

JGReviewsReviewed in the United States on March 2, 2021
5.0 out of 5 stars
Gorgeous New Thriller
Verified purchase
S'ids Lake is a really interesting thriller that I found scrolling through new release thrillers on Amazon Prime. I have to say I was hooked by the GORGEOUS aerial photography of the lake in the opening of the film. It's the kind of pristine cinematography that you typically only see in the biggest budget films. The mystery of the plot only brought me further into the fold. It's one of those films where you can't quite tell what is real or imagined and I was definitely invested in trying to figure everything out. If you're looking for a good indie, check out S'ids Lake.

EllieMiReviewed in the United States on April 12, 2021
1.0 out of 5 stars
If you want to remain clueless
Verified purchase
this movie is for you. From the Spelling of S'ids Lake, to the convoluted plot without any answers, I really did not like this movie. What is the point of a movie with every question left unanswered? Was this movie made to make the audience feel stupid? Some reviews I read enjoyed the plotless, pointless, and roller coaster ride which did not end, I am not one of those viewers. If you are, go for it.
One person found this helpful

AshleighReviewed in the United States on December 13, 2020
4.0 out of 5 stars
Small production gem
Verified purchase
Surprisingly good acting for a small production! Enjoyed the science/philosophy mixture undertones. Thought the post production editing was done really well and everything blended well. An all around entertaining, suspenseful movie that keeps your attention for sure.
2 people found this helpful

GGReviewed in the United States on January 7, 2021
4.0 out of 5 stars
Beware the Lake!
Verified purchase
This movie was a surprisingly twisty ride. What is real? What is made up? You’re going to be asking yourself these questions and more when watching this film. I enjoyed the suspense and the subtle effects that showed what the character was going through. I wasn’t expecting how it ended. Give this a watch if you want a mind bender!
One person found this helpful

The Real CieReviewed in the United States on April 7, 2021
3.0 out of 5 stars
Interesting Concept
Verified purchase
The movie has an interesting concept but feels lacking. The young man playing Sid did a very good job. I liked Sid as an unreliable narrator. Was something supernatural happening? Was Sid mentally ill? Was Sid a red herring? Or was the whole thing something that Sid's father imagined? These were all questions that arose while I was watching, and the story didn't follow through on answering them very well. It was okay but it could have been better.
See all reviews
Back to top
Get to Know Us
Make Money with Us
Amazon Payment Products
Let Us Help You
EnglishChoose a language for shopping. United StatesChoose a country/region for shopping.
© 1996-2021, Amazon.com, Inc. or its affiliates