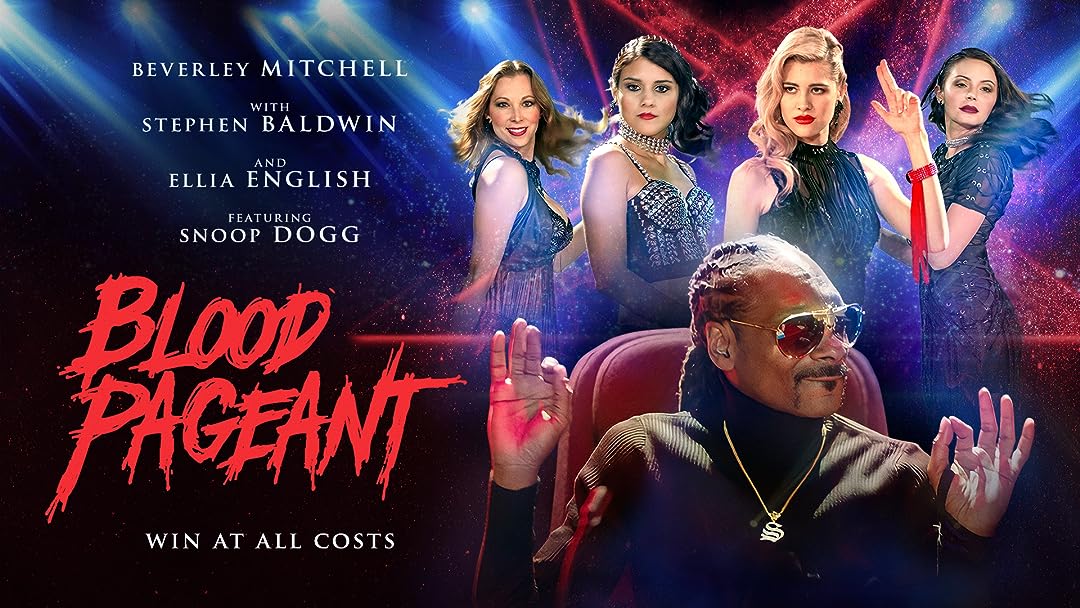 (34)
1 h 55 min202116+
In this horror-comedy-thriller, a cheesy $1 million reality competition between 7 beautiful women turns into a battle for life itself when one contestant opens the doors to ungodly evil and witchcraft! Who will win - who will survive? With a wink and a nod, this good vs evil story pokes fun at the pop culture stereotypes of reality competition shows, vision boards, chakras, and life coaches!

Funny GuyReviewed in the United States on July 4, 2021
5.0 out of 5 stars
Suspense, comedy, and horror on the set of a cheesy reality show!
Verified purchase
This movie is a totally different spin on Horror! The Reality TV side really turns this thing into something totally different. Yeah, it's a little less scary than say The Exorcist or "Final Destination", but the film's comedic take on TV Reality Competitions (and traditional horror movies) really did an amazing job of making fun of that world. If you're looking for a true "Slasher" film, though, stop right there because this ain't that.

But if you're looking for something that will make you laugh a little bit while you're cringing from some elements that leave a little more to your imagination than watching people getting straight up ripped apart, gutted, or sawed in half, then my advice would be to watch this more from the funny angles that it gives to the behind-the-scenes segments from shows like "American Idol" and "The Bachelor" instead of the very serious and frightening tone you might normally expect from a regular horror film. It's basically "Scream meets "American Idol" and "The Bachelor" with less stabbing the hell out of everyone like they do in "Scream."

Snoop Dogg and Stephen Baldwin are in the house, so that's always cool. David Chokachi's take on a sleazy producer will seriously make you wonder if he's actually like that in real life :D And who the hell doesn't like Isaac from "The Love Boat"? One of the lead characters, played by Joanna de Castro, is a devout Christian (go figure) but I got over it pretty quickly as she is definitely easy on the eyes no matter what she believes. And Juliana Destefano turns in a really solid performance as Amy. Seriously though - you'll probably wish the other bitchy women in the competition get killed almost as much as she does with her Vision Boards ;)

So go get some liquor, grab some popcorn, and sit down to enjoy "Blood Pageant" for what it truly is: something completely original that will definitely make you laugh and may even get you thinking differently about this genre.

AnastasiaReviewed in the United States on August 8, 2021
5.0 out of 5 stars
I didn’t think it would be good, it really is!!!
Verified purchase
I thought twice about buying this bc it’s about Beauty Pageants’. I was totally Surprised as it has a very good story line and even a great ending that I didn’t expect! For a lower budget film it doesn’t skip on talent!
One person found this helpful

ChrisReviewed in the United States on July 5, 2021
5.0 out of 5 stars
THIS MOVIE IS A REFRESHING COMEDY-HORROR! NOT A SLASHER, BUT MORE ENTERTAINING.!
Verified purchase
Blood Pageant takes you on a ride with comedy, music, and scares! Not a slasher film. Not straight horror at all. It has a clever comedic romp behind-the-scenes of reality TV! The comedic sub plot and the cool music left me wanting to see this movie again! The murder mystery element has a twist ending and it is at the core of the supernatural-thriller plot which heats up third act and gave me a ride with some scares. Very entertaining! Snoop Dogg was a lot of fun to watch too!
One person found this helpful

Scott dReviewed in the United States on August 12, 2021
5.0 out of 5 stars
Interesting "reality" premise for a film... Loved it!
Verified purchase
Great cast including Snoop Dog, Stephen Baldwin, Ted Lange, Beverly Mitchell, and
David Chokachi (who was really funny). I really enjoyed the shananigans that often happen on "real" reality shows that everyone watches these days. No spoilers... but it does get a little bloody at the end & some very impressive visual & special FX. Check the film out... you'll have a lot of laughs & maybe 1 or 2 screams!

beemazeReviewed in the United States on July 20, 2021
4.0 out of 5 stars
Cheesy but Fun!
Verified purchase
Started a little slow, but then they start killing off the characters and then things get fun! Make sure to watch it all the way through the closing credits!
One person found this helpful

rhianneReviewed in the United States on July 12, 2021
5.0 out of 5 stars
SO FUNNY!!!! Awesome, silly, spooky film
Verified purchase
I loved this movie because it gave humor to something that is truly scary and sinister, protect your energy, folks! I kept laughing at all the shenanigans of Hollywood and forgetting there's an active demon coming for them! Reminds me of Tim Heidecker humor- any fans of him will absolutely love this. Great job!
One person found this helpful

Deci EvansReviewed in the United States on July 15, 2021
5.0 out of 5 stars
Fun movie, next Cult Classic
Verified purchase
I was not sure what to expect and we had a blast watching this movie. We kept rewinding and repeating the lines and cracking ourselves up!! Snoop Dogg did not disappoint! Fun movie with a great message.
One person found this helpful

Limousine EyelashReviewed in the United States on July 5, 2021
5.0 out of 5 stars
Frightful fun!
Verified purchase
Suspenseful and quirky, with a cute romance too. I really liked the reality show irreverence and little jabs at new-age spirituality. Great soundtrack music.
One person found this helpful
See all reviews
Back to top
Get to Know Us
Make Money with Us
Amazon Payment Products
Let Us Help You
EnglishChoose a language for shopping. United StatesChoose a country/region for shopping.
© 1996-2021, Amazon.com, Inc. or its affiliates