In Depression-era Virginia, three bootlegging brothers are threatened by a new special deputy and other authorities angling for a cut of their profits.

The thrills are non-stop as CIA recruit Ryan is caught in a dangerous web of intrigue and espionage spun between a shadowy government agent his unsuspecting fiancee and a fearless Russian power broker.

Thomas Sowell: Common Sense in a Senseless World traces a life journey that started with an introduction to the Harlem Library and culminated at the esteemed Hoover Institution. The story of one of this era's greatest authors on race, history, and economics is told by The Wall Street Journal's Jason Riley.

A Million Ways to Die in the West

This hilarious comedy from Seth MacFarlane, the creator of Family Guy and Ted, is filled with witty one-liners and an all-star cast including Liam Neeson and Charlize Theron. 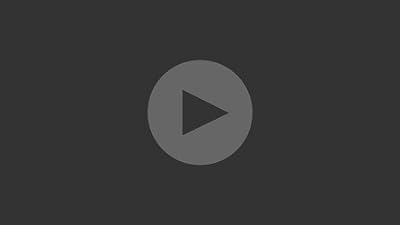 Our favorite foulmouthed teddy bear is back with more hilarious antics and outrageous adventures as Ted and buddy John (Mark Wahlberg) battle to legalize Ted.

"One of the funniest movies of all time!" from Family Guy creator Seth MacFarlane, Ted is a must-own comedy about a grown man (Mark Wahlberg) and his lovably profane talking teddy bear.

The Lord of the Rings: The Rings of Power

Set thousands of years before the events of J.R.R. Tolkien’s The Lord of the Rings, this epic drama follows an ensemble cast of characters, both familiar and new, as they confront the long-feared re-emergence of evil to Middle-earth.

One man's odyssey to put a ring on his dead ex-wife.

I Want You Back

Peter (Charlie Day) and Emma (Jenny Slate) thought they were on the precipice of life’s biggest moments – marriage, kids, and houses in the suburbs – until their respective partners dumped them. Horrified to learn that the loves of their lives have already moved on, Peter and Emma hatch a hilarious plan to win back their exes with unexpected results.

The war is over and a long-awaited engagement is on, but English country estate still faces dramatic social changes, romantic intrigues, and personal crises.

When CIA analyst Jack Ryan stumbles upon a suspicious series of bank transfers his search for answers pulls him from the safety of his desk job and catapults him into a deadly game of cat and mouse throughout Europe and the Middle East, with a rising terrorist figurehead preparing for a massive attack against the US and her allies.

In the final season, Gerry takes on a whole new surprising role to the dismay of the other staff.

After what begins as dinner with a client, a single mom (Ella Balinska) finds herself hunted by a monstrous and seemingly unstoppable assailant (Pilou Asbæk) in this terrifying dark thriller.

On his final voyage before being transferred to a desk job, Commander Krieg (Oscar nominee Eric Roberts, The Dark Knight), a seasoned Naval officer aboard the nuclear submarine USS Montana and overlooked for promotion to captain is making a shocking bid for world peace. With the help of mercenaries, he engineers to take over the sub, its nuclear weapons and experimental stealth technology in order to hold Washington D.C. and the world hostage. The ransom demand made to U.S. President Taylor (Golden Globe winner, Barry Bostwick, Spin City): a billion dollars to avoid the nuclear destruction of the nation's capitol. Unbeknownst to Krieg, two of the Montana's original crew, medical officer Doc Ellers (Jason Gedrick, Desperate Housewives) and a young sailor, Piersall (Chris Warren, Jr., High School Musical) are still on board and will do anything they can to stop the madman from his dangerous and destructive plan.

Kyle (Liam Hemsworth) and Swin (Clark Duke) live by the orders of an Arkansas-based drug kingpin named Frog (Vince Vaughn). When a series of mistakes sets them on a collision course with Frog, Kyle and Swin must eliminate Frog… or die trying.

Survival hangs in the balance for a group of teenage girls stranded on a deserted island, after the explosive discovery that what's happening to them is an elaborate social experiment. Season 2 ups the drama and keeps you guessing, with the introduction of more test subjects – a new island of teenage boys – who must also fight for survival under the watchful eye of the experiment’s puppet master.

An elderly resident of an Appalachian trailer park wakes one morning with a vision that God will visit the and grant all the residents a wish. The love-hate relationships this memorable group of wonderful characters have with their impoverished existence surfaces, in funny, often bittersweet ways. Does God make it to Paradise Park? For sure, their life will never be the same.

Following the rise of Aretha Franklin's career from a young child singing in her father's church's choir to her international superstardom, "Respect" is the remarkable true story of the music icon's journey to find her voice and become the Queen of Soul.

In this second Lockdown Special, the trio dive into the bizarre world of French car culture. On an epic road trip starting in the Welsh hills, they dish up a hair raising mountain climb, bomb defusals, propellor powered cars, helicopter stunts and the most thrilling race of their lives before reaching the English Channel for a jaw dropping medieval climax. And a soupcon of French art house cinema.