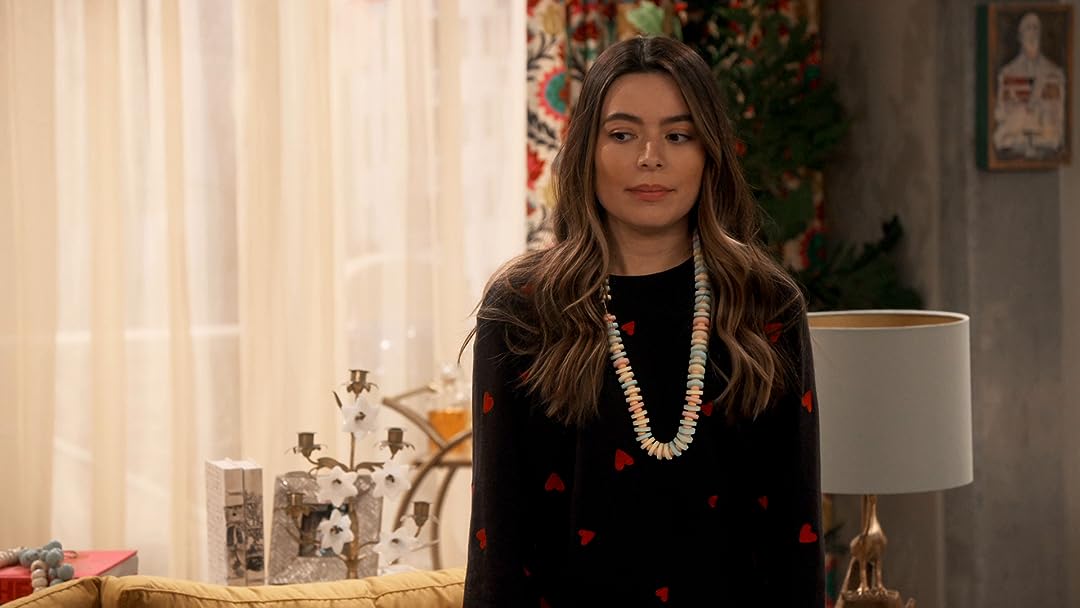 (120)
6.52021X-RayTV-PG
A former teen internet sensation and her friends navigate the challenges of adulthood. Sometimes they get it right and sometimes things get kinda wacky.

-aBuyerReviewed in the United States on June 18, 2021
1.0 out of 5 stars
Not For Kids
Profanity sprinkled in each episode. I'll stick to the old, original episodes. Just seems like they're trying too hard to please everyone in this ''new age''. Definitely missed their faces but I'll pass.
21 people found this helpful

Amazon CustomerReviewed in the United States on June 20, 2021
1.0 out of 5 stars
Stop putting your political views in shows
OMFG, U POLITICIZED A KIDS SHOW! R U FREAKING KIDDING ME?! Was looking forward to watching this but once you started going on about Republicans and getting the viewers back I was done!
24 people found this helpful

@austinvandeusen on instagramReviewed in the United States on June 21, 2021
1.0 out of 5 stars
They reallllllllllllllllllly needed to not do this.
I am so sorry but Miranda Cosgrove should have had INTENSIVE acting classes, because her performance skills do not translate to a more adult audience. Her skills just haven't evolved or become elevated. Her performance skills are that of either a child TV show or a high school stage theatre performance. I am not saying that to be rude, but her reactions are delayed, she is searching for lines and emotions as she says them. They also NEEEEDED to "transform," this show to a modern context for it to be good. Instead, they tried to utilize the exact same humour and "flow," as the old show. But the old show was for KIDS, this is supposed to be for ADULTS, they NEEDED to transform the plot, the lines, the delivery. It is all copied and pasted and none of it is augmented for a modern, new, adult audience. Really disappointing. It was like going for a drink of sprite, expecting light and crisp flavours with a PUNCH, but then you get an uncarbonated flat drink from a broken drink dispenser. Flat and terribly bland, you want to spit it out. Sorry Paramount, this is a huge miss.
16 people found this helpful

Jayson FreemanReviewed in the United States on July 4, 2021
1.0 out of 5 stars
nope
All grown stupid. Only thing that was ever good was Sam to bad all of you ran her out off acting huh. I'm not sure if any of you even took time to write anything worth watching. Did you all just think the old fan base would hold you up because everyone I have talked to about this all say the same thing. Before i could watch and have some laughs and now there not even anything to laugh at its just to stupid and not one of you can act in any way just a sad time watching you all end your careers on such a sad short note. Anyone that watches this show now is a complete waste of time trying to find any quality at all from this show. Adults that never grew up is a sad concept for just about everything but peter pan which none of you will never reach such heights in your careers and not one of you are in any way a serious actor of any sort just a bunch of rich kids that were hoping to rob us of our time and any money put into this dead concept you have ruined the happy days of a fun filled show that was forced anyways most the time to produce laughs. You mock real actors and look like one of the shows on a show that people make fun of. I wish some one would fund my ideas because i have enough money to make a fuss to get what i want like a crap show we all make fun of and cant hardly even make it through a whole episode "100% true and i watch like everything" I wish i had money to burn for heat like you all do and in a time when everything was having a had time getting funded you all funded this what a joke. Please let Icarly just die like it should have and stop embarrassing yourselves by producing such garbage. And stop mocking a fan base that liked you once. Honestly no one wants to see the icarly staff get drunk and act like 4 year olds pretending to be of age but still act like 4 year olds. Maybe try developing some acting skills or some skills at all that any of us would rather watch then this pure baby waste. Honestly i used to like some of you but now it just makes me sad you all think your in any way funny or good at your jobs. If i did my job like you do i would be fired but i guess these things dont apply when you have enough money and can cry loud enough to fund such worthless programing honestly slap yourselves and your writers that but be on ambien. I hope i never see you faces in acting anywhere because none of you have talent and if you do you are wasting it not acting at all and allowing them to Sam you. Lost fan forever goodjobatsucking
13 people found this helpful

Amazon CustomerReviewed in the United States on June 17, 2021
5.0 out of 5 stars
Diverse and Inclusive
I am happy to see a diverse and inclusive cast. It is something Hollywood lacks. I hope to see more latinos represented in future shows as such. It is also important to point out the current topics implemented with in the show such as sexuality, and gender, in an age appropriate manner. Great job overall!
15 people found this helpful

walletboyniacReviewed in the United States on July 28, 2021
1.0 out of 5 stars
Someone certainly got the diversity memo
I suffered through 8 episodes of this reboot, and the only thing that resembled the old show were some of Spencer's antics (and by episode 8, it really seemed like they wanted to change his character). The first thing that is obvious in this show (that is, besides the absence of Sam, and wait, what? They couldn't even get Gibby?), is the fact that they hired all new writers. Gone is the quirk, charm, and worst of all, humor, of the original. This show is totally devoid of laughs. Yeah, they really sucked the life out of this one.

The show is comically diverse. There are TWO surly young black women on the show. Why do we need two of these characters? I'm assuming they're trying to follow the sitcom tradition of the "sassy" female, but these ladies are very much equal in their level of bad attitude. They're sour. Carly's best friend (now that Sam travels with a motorcycle gang, a reference to the final episode) is now a black lesbian who likes to date interracially. That's 3 boxes they can check off. On what has to be one of the most ethnically diverse shows I've ever seen (watch for background characters!), when they needed someone for the role of an evil, scheming cult leader, who did they cast? An evil, scheming middle-aged white woman. Wouldn't want to offend anyone!

One thing I did enjoy, were some of the callbacks to the old series. They seemed to have gotten those out of the way in early episodes, so I can't even add a star to my rating. This is just another sad, humorless sitcom, trying to cash in on nostalgia.

And the swearing people are seemingly taking offense to, is strictly of the minor league, network TV variety. Actually, they can swear worse on network TV these days. It is nothing to get bent out of shape over. They are grown-ups.

EDIT: I made the mistake of watching episode 9. They PC-ed it up even more, this episode had to have set a record for the number of times "side hustle" is said in 24 minutes, the plot revolved around a pyramid scheme(!), which has to be a sitcom trope by now, and Spencer actually said "Thank you for letting me speak my truth." Made me wanna ralph. They bring back one of Carly's old boyfriends. Did not help. Ok, I'm done.

vasik7035Reviewed in the United States on June 17, 2021
3.0 out of 5 stars
Adequate
I'm being very generous here giving them three stars, but after watching the first three episodes I have to say I'm very disappointed. The jokes don't really flow as smooth as they did in the old show, and the characters seem like they're just reading off the script and not really acting. Obviously this is their first time being back on the show after nine years so I'm not really expecting them to be magnificent and it usually takes a couple episodes to kind of settle in and get used to the type of acting, but as of right now the story and the timeline is just kind-of bland and it doesn't bring this enjoyment like they did from the old show. Hopefully it will get better from here. I guess this was just a warm-up and the show will get more interesting from here.
11 people found this helpful

A. G. YouReviewed in the United States on June 18, 2021
4.0 out of 5 stars
Restarts a series FAR better than most do!
First Episode, second scene, I believe, was like a forced inclusion orgasm, that seemed out of place, and certainly wasn't found like that in the rest of the initial 3 episodes. It's a great, more adult come back, it threw me off when they drank and curse at first, but it didn't take long for me to look past it for what it is, and that is not a kids show per-say, but one that has grown up with it's target audience. For a show that came back after well over a decade, I have to say it is one of the few to do it right! Although we all wish Sam wasn't with the biker gang!
7 people found this helpful
See all reviews
Back to top
Get to Know Us
Make Money with Us
Amazon Payment Products
Let Us Help You
EnglishChoose a language for shopping. United StatesChoose a country/region for shopping.
© 1996-2022, Amazon.com, Inc. or its affiliates