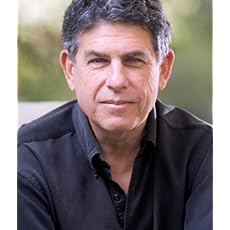 Stephen Mitchell was born in Brooklyn in 1943, educated at Amherst, the Sorbonne, and Yale, and de-educated through intensive Zen practice. His many books include the bestselling Tao Te Ching, The Gospel According to Jesus, Bhagavad Gita, The Book of Job, Meetings with the Archangel, Gilgamesh, The Second Book of the Tao, and the Iliad. When he is not writing, he likes to (in no particular order) think about writing, think about not writing, not think about writing, and not think about not writing. He is married to Byron Katie and cowrote: Loving What Is, A Thousand Names for Joy, and A Mind at Home with Itself. You can read extensive excerpts from all his books on his website, stephenmitchellbooks.com.
Read more 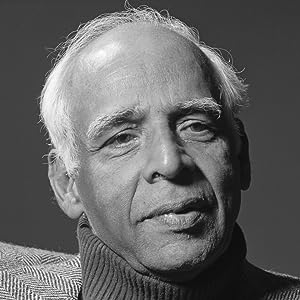 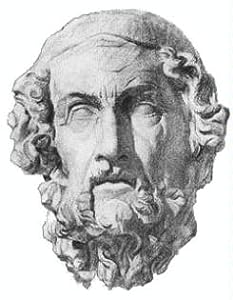 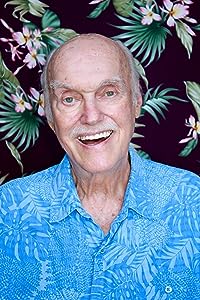 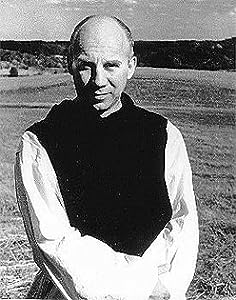 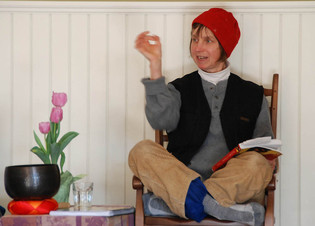 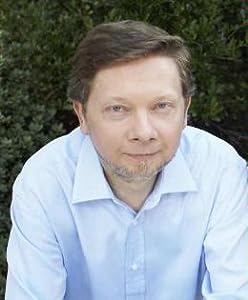 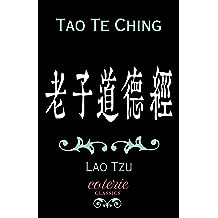 All Coterie Classics have been formatted for ereaders and devices and include a bonus link to the free audio book.

“Those who know do not speak. Those who speak do not know.” ― Lao Tzu, Tao Te Ching
Originally written in the 6th century B.C., the Tao Te Ching is an ageless compilation of ancient wisdom. 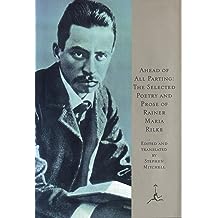 Ahead of All Parting: The Selected Poetry and Prose of Rainer Maria Rilke Jan 21, 2015
by Rainer Maria Rilke , Stephen Mitchell
( 58 )
$6.99
The reputation of Rainer Maria Rilke has grown steadily since his death in 1926; today he is widely considered to be the greatest poet of the twentieth century. This Modern Library edition presents Stephen Mitchell’s acclaimed translations of Rilke, which have won praise for their re-creation of the poet’s rich formal music and depth of thought. “If Rilke had written in English,” Denis Donoghue wrote in The New York Times Book Review, “he would have written in this English.” Ahead of All Parting is an abundant selection of Rilke’s lifework. It contains representative poems from his early collections The Book of Hours and The Book of Pictures; many selections from the revolutionary New Poems, which drew inspiration from Rodin and Cezanne; the hitherto little-known “Requiem for a Friend”; and a generous selection of the late uncollected poems, which constitute some of his finest work. Included too are passages from Rilke’s influential novel, The Notebooks of Malte Laurids Brigge, and nine of his brilliant uncollected prose pieces. Finally, the book presents the poet’s two greatest masterpieces in their entirety: the Duino Elegies and The Sonnets to Orpheus. “Rilke’s voice, with its extraordinary combination of formality, power, speed and lightness, can be heard in Mr. Mitchell’s versions more clearly than in any others,” said W. S. Merwin. “His work is masterful.”
Read more
Other Formats: Hardcover 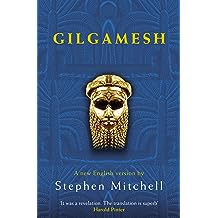 Vivid, enjoyable and comprehensible, the poet and pre-eminent translator Stephen Mitchell makes the oldest epic poem in the world accessible for the first time. Gilgamesh is a born leader, but in an attempt to control his growing arrogance, the Gods create Enkidu, a wild man, his equal in strength and courage. Enkidu is trapped by a temple prostitute, civilised through sexual experience and brought to Gilgamesh. They become best friends and battle evil together. After Enkidu's death the distraught Gilgamesh sets out on a journey to find Utnapishtim, the survivor of the Great Flood, made immortal by the Gods to ask him the secret of life and death. Gilgamesh is the first and remains one of the most important works of world literature. Written in ancient Mesopotamia in the second millennium B.C., it predates the Iliad by roughly 1,000 years. Gilgamesh is extraordinarily modern in its emotional power but also provides an insight into the values of an ancient culture and civilisation. 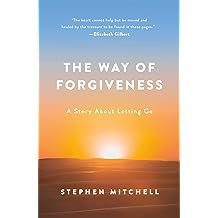 “A unique and special kind of masterpiece.” —John Banville

Stephen Mitchell’s gift is to breathe new life into ancient classics. In Joseph and the Way of Forgiveness, he offers us his riveting novelistic version of the Biblical tale in which Jacob’s favorite son is sold into slavery and eventually becomes viceroy of Egypt. Tolstoy called it the most beautiful story in the world. What’s new here is the lyrical, witty, vivid prose, informed by a wisdom that brings fresh insight to this foundational legend of betrayal and all-embracing forgiveness. Mitchell’s retelling, which reads like a postmodern novel, interweaves the narrative with brief meditations that, with their Zen surprises, expand the narrative and illuminate its main themes.

By stepping inside the minds of Joseph and the other characters, Mitchell reanimates one of the central stories of Western culture. The engrossing tale that he has created will capture the hearts and minds of modern readers and show them that this ancient story can still challenge, delight, and astonish. 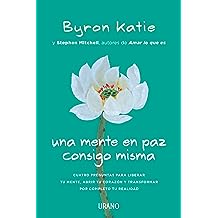 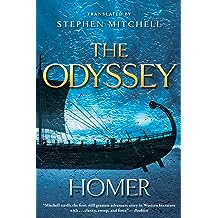 The Odyssey: (The Stephen Mitchell Translation) Oct 1, 2013
by Homer , Stephen Mitchell
( 60 )
$12.99
From Stephen Mitchell, the renowned translator whose Iliad was named one of The New Yorker’s Favorite Books of 2011, comes a vivid new translation of the Odyssey, complete with textual notes and an illuminating introductory essay.

The hardcover publication of the Odyssey received glowing reviews: The New York Times praised “Mitchell’s fresh, elegant diction and the care he lavishes on meter, [which] brought me closer to the transfigurative experience Keats describes on reading Chapman’s Homer”; Booklist, in a starred review, said that “Mitchell retells the first, still greatest adventure story in Western literature with clarity, sweep, and force”; and John Banville, author of The Sea, called this translation “a masterpiece.”

The Odyssey is the original hero’s journey, an epic voyage into the unknown, and has inspired other creative work for millennia. With its consummately modern hero, full of guile and wit, always prepared to reinvent himself in order to realize his heart’s desire—to return to his home and family after ten years of war—the Odyssey now speaks to us again across 2,600 years.

In words of great poetic power, this translation brings Odysseus and his adventures to life as never before. Stephen Mitchell’s language keeps the diction close to spoken English, yet its rhythms recreate the oceanic surge of the ancient Greek. Full of imagination and light, beauty and humor, this Odyssey carries you along in a fast stream of action and imagery. Just as Mitchell “re-energised the Iliad for a new generation” (The Sunday Telegraph), his Odyssey is the noblest, clearest, and most captivating rendition of one of the defining masterpieces of Western literature.
Read more
Other Formats: Hardcover , Paperback 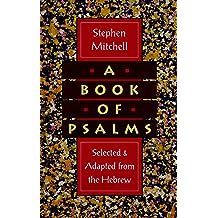 Leading biblical scholar and translator Stephen Mitchell translates fifty of the most powerful and popular bible psalms to create poems that recreate the music of the original Hebrew verse. 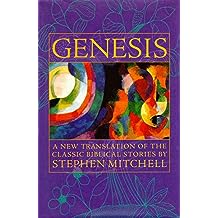 In this highly acclaimed translation, Stephen Mitchell conveys in English the simplicity, dignity and powerful earthiness of the original Hebrew. More than just interpreting it, he also separates stories that were combined by scribes centuries after they were written, explaining their sources and omitting all verses that are recognized as scribal additions. Like removing coat after coat of lacquer from a once-vibrant masterpiece, this allows readers to appreciate the clarity of the original tales.

Genesis is an extraordinarily beautiful book that is accessible in a way that no other translation has ever been. It will shed new light on readers' understanding of this seminal work of sacred scripture. 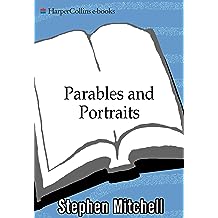 A revised edition of the first book of poems by Stephen Mitchell, the renowned translator of Rilke's poetry, The Book of Job, and the Tao Te Ching. --This text refers to an out of print or unavailable edition of this title. 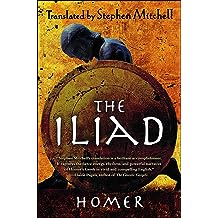 The story of the Trojan War, an epic tale of men and gods, of the heroes and horrors of war. 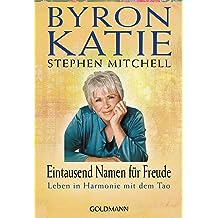 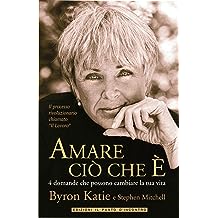