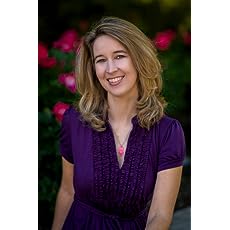 Bennett hosted the Q&A for the film's October 2014 Television Academy red carpet premiere in Los Angeles, USA. Her moderating has also included San Diego Comic Con panels such as Evangeline Lilly's 2014 event for her debut book 'The Squickerwonkers,' "Beyond' for Freeform at Stan Lee's Comic-Con and the final two '24' panels for Kiefer Sutherland's hit TV series.

She has also written the official behind-the-scenes books 'The Art of Ice Age.' 'The Art of Terminator Salvation,' 'The Art of Rio,' 'The Art of Epic,' and 'The Art of 300,' and the '24: The Official Companion Guides' (seasons 1 through 6) series. Her many other companion book contributions include 'The Making of the Fantastic Four,' 'The Official Firefly Companions (Volumes 1, 2, 3),' and 'Firefly: A Celebration'.

A member of the Television Critic's Association, she covers TV as a U.S. Editor for the world's premiere sci-fi/fantasy publication, SFX Magazine. She has written over a thousand interviews and features for print and online publications, including the official magazines for 'The Walking Dead,' 'Sleepy Hollow,' 'Once Upon a Time,' 'Grimm,' 'Lost,' '24,' 'Alias,' 'Buffy the Vampire Slayer,' plus 'SCI FI Magazine,' Today.com, Playboy.com, SYFY WIRE, Fandango/Movies.com, Fancast/Xfinity, Snakkle, TV Geek Army, WSJ Speakeasy, Newsarama, and VFXWorld.com.

Bennett has visited the sets of many film and TV productions including 'Pride and Prejudice and Zombies', 'The Walking Dead', 'Lost', 'Terminator Salvation,' and 'Divergent'.

As an adjunct professor, Bennett teaches writing for television and film studies classes for Rowan University. She developed a showrunners writing class which has featured guest speakers such as 'Fringe's' Jeff Pinkner and 'Scrubs' Bill Lawrence.
Read more 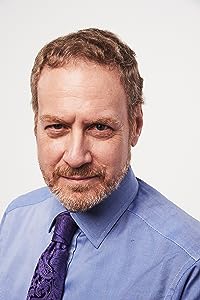 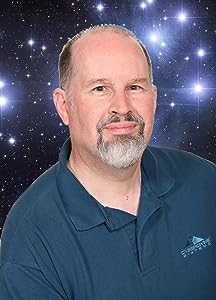 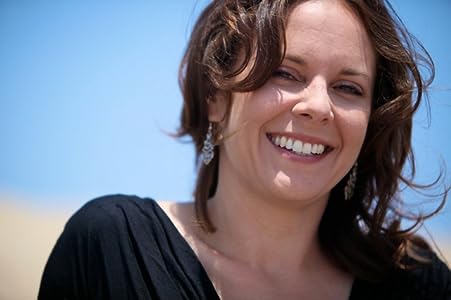 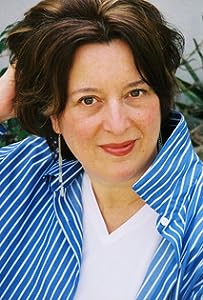 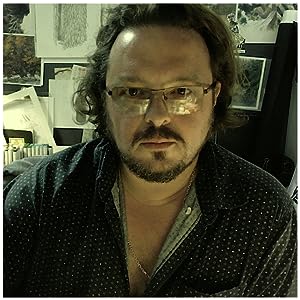 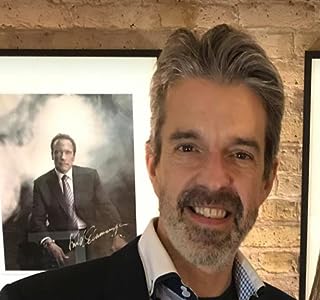 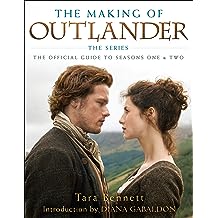 The Making of Outlander: The Series: The Official Guide to Seasons One & Two Oct 18, 2016
by Tara Bennett , Diana Gabaldon
( 565 )
$12.99
The official, fully illustrated, behind-the-scenes companion to the first two seasons of the hit Starz television series based on Diana Gabaldon’s bestselling Outlander novels.

It was only a matter of time before Diana Gabaldon’s bestselling Outlander saga made the leap from book to hit TV series, and the millions of readers captivated by the epic romance of Claire Beauchamp Randall and Jamie Fraser have eagerly followed.

Now the must-watch drama has inspired this must-have guide, which reveals that it takes a village (or perhaps a Scottish isle) to bring the breathtaking world of Outlander to life in front of our eyes. Spanning the first two seasons of the Starz network sensation, The Making of Outlander leads readers behind the scenes and straight into the action as cast members, writers, producers, musicians, costume designers, set decorators, technicians, and more share the many adventures and challenges they face to make this sweeping saga come alive on the screen.

In exclusive interviews, the show’s stars, including Caitriona Balfe (Claire), Sam Heughan (Jamie), and Tobias Menzies (Frank Randall/Black Jack Randall), discuss the daunting task of embodying some of fiction’s most beloved characters—and satisfying the high expectations of devoted Outlander readers. Executive producer and showrunner Ronald D. Moore looks at the inner workings of the writers’ room, shares his crew’s travels to the authentic overseas locations, and chronicles the brainstorming, building, breakneck pacing, and boundless energy that make everything from the show’s architecture to its outfits period-perfect. In addition, the book examines all the Outlander episodes through exclusive interviews with their writers and directors, providing fascinating facts into the making of each hour.

Best of all, The Making of Outlander offers a veritable feast of lavish photographs—including an array of images spotlighting the stars in all their characters’ grandeur and up-close personal portraits. Featuring an introduction by Diana Gabaldon herself, this magnificent insider’s look at the world of the Outlander TV series is the companion all fans will want by their side.
Read more
Other Formats: Audible Audiobook , Hardcover , Audio CD , Calendar 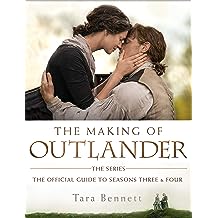 The Making of Outlander: The Series: The Official Guide to Seasons Three & Four Oct 15, 2019
by Tara Bennett
( 231 )
$14.99
See how the story of Jamie Frasier and Claire Beauchamp Randall comes to life on the screen with this official, photo-filled companion to the third and fourth seasons of the hit Starz television series based on Diana Gabaldon’s bestselling Outlander novels.

From its very first episode, the Outlander TV series transported its viewers back in time, taking us inside the world of Diana Gabaldon’s beloved series. From the Scottish Highlands, to the courts of Versailles, to the shores of America, Jamie and Claire’s epic adventure is captured in gorgeous detail.

Now, travel even deeper into the world of Outlander with this must-have insider guide from New York Times bestselling author and television critic Tara Bennett. Picking up where The Making of Outlander: Seasons One & Two left off, this lavishly illustrated collectors’ item covers seasons three and four, bringing readers behind the scenes and straight onto the set of the show. You’ll find exclusive interviews with cast members, including detailed conversations with Caitriona Balfe and Sam Heughan (on-screen couple and real-life friends), as well as the writers, producers, musicians, costume designers, set decorators, technicians, and more whose hard work and cinematic magic brings the world of Outlander to life on the screen.

Every page features gorgeous photographs of the cast, costumes, and set design, including both official cast photography and never-before-seen candids from on set. The Making of Outlander: Seasons Three & Four is the perfect gift for the Sassenach in your life—and the only way to survive a Droughtlander!
Read more
Other Formats: Audible Audiobook , Hardcover 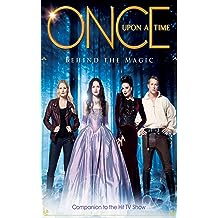 Once Upon A Time is one of the most original and exciting shows on television, combining fairy tale magic with real world drama and appealing to audiences of all ages around the world.

In this official companion to the hit show, you can go behind the magic, discovering everything that goes into the making of the enchanting series. The show’s stars, Ginnifer Goodwin (Snow White/Mary Margaret Blanchard), Jennifer Morrison (Emma Swan), Lana Parrilla (the Evil Queen/Regina Mills), Robert Carlyle (Rumplestiltskin/Mr. Gold), Josh Dallas (Prince Charming/David Nolan), Jared Gilmore (Henry Mills), Emilie de Ravin (Belle), Colin O’Donoghue (Captain Hook), and Meghan Ory (Red Riding Hood/Ruby), talk about portraying characters who are both classic and new. Plus, the show’s producers, writers and behind-the-scenes wizards share their secrets about creating the magical episodes you see on screen, including production art and sketches. Magic is coming! 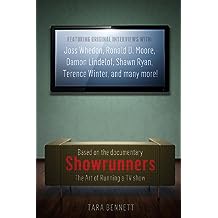 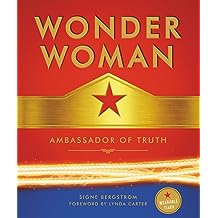 A gorgeous, authorized celebration of one of the most popular and enduring Super Heroes of all time—Wonder Woman—that chronicles the life and times of this pop-culture phenomenon and image of women’s strength and power, from her origins and role as a founding member of the Justice League to her evolution in television and film.

"As lovely as Aphrodite—as wise as Athena—with the speed of Mercury and the strength of Hercules—she is known only as Wonder Woman, but who she is, or whence she came, nobody knows!"—All-Star Comics #8 (December 1941-January 1942)

Created by William Moulton Marston and introduced at the beginning of America’s involvement in World War II, Wonder Woman—the fierce warrior and diplomat armed with bulletproof Bracelets of Victory, a golden tiara, and a Lasso of Truth—has been a pop-culture icon and one of the most enduring symbols of feminism for more than seventy-five years. Wonder Woman: Ambassador of Truth now tells the complete illustrated story of this iconic character’s creative journey. Signe Bergstrom examines Wonder Woman’s diverse media representations from her wartime comic book origins to today’s feature films, and explores the impact she has had on women’s rights and empowerment and the fight for peace, justice, and equality across the globe.

WONDER WOMAN and all related characters and elements are trademarks of and © DC Comics. (s17)