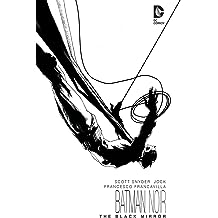 For years, Batman and Commissioner Gordon have stared into the unyielding black abyss that is Gotham City. Time after time, they've saved their beloved city from itself, not allowing it to be swallowed by a pit of violence and corruption. But even after a crime-fighting lifetime of confronting what they thought was the worst humanity had to offer, an even darker and more dangerous evil pushes Batman and Gordon to their limits. As the conflict comes closer to its resolution, they find that the truth behind this murderous crime spree isn't just careening toward their doorstep—it has in fact emerged from it. Can two of Gotham's proudest protectors bring justice to this malevolent threat in Commissioner Gordon's most personal battle to date? 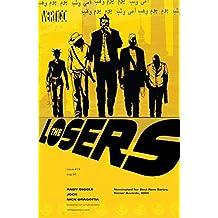 The Losers #13 Jun 23, 2004
by Andy Diggle , Jock , Nick Dragotta
$1.99
What is the CIA's interest in an abandoned oilrig in the Arabian Gulf? When the rogue Special Forces team known as The Losers travels to a forgotten kingdom in search of some answers, they discover that sometimes American-style democracy needs a helping hand. And if they want the inside scoop on their enemy's plan, first they're going to have to help the local Emir with a little problem of his own...a little problem called the Central Intelligence Agency.
Read more
Other Formats: Comic Book 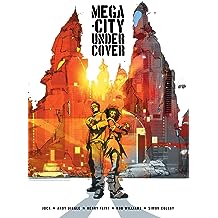 Sometimes it takes a special kind of Judge to work the mean streets of Mega-City One. Meet Lenny Zero and Aimee Nixon, two under-cover Judges who work the lowest levels of the Big Meg, mixing with mob bosses and murderers alike.

Featuring the writing of Andy Diggle (The Losers) and Rob Williams (Asylum) along with the stunning artwork of Jock (Green Arrow), Henry Flint (Shakara) and Simon Coleby (Judge Dredd) this collection of Sci-Fi Noir is not to be missed!

THIS VOLUME INCLUDES THE STORIES