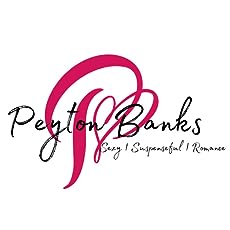 Peyton Banks is the alter ego of a city girl who is a romantic at heart. Her mornings consist of coffee and daydreaming up the next steamy romance book ideas. She loves spinning romantic tales of hot alpha males and the women they love. She currently resides with her husband and children in Cleveland, Ohio.
Read more 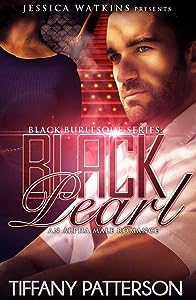 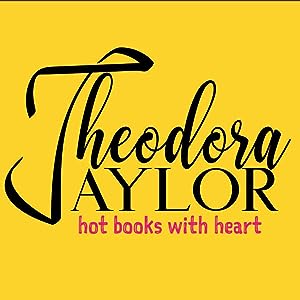 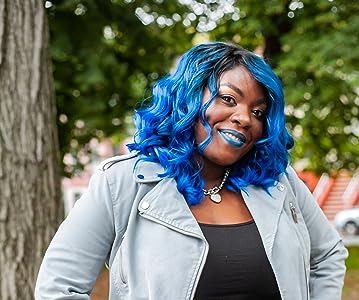 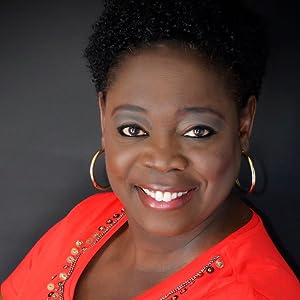 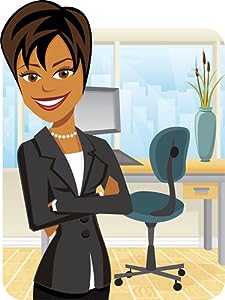 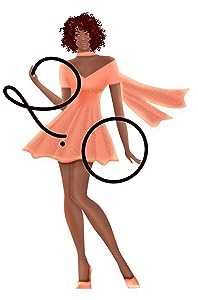 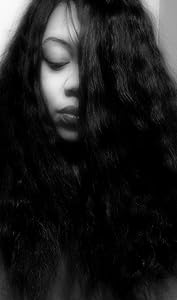 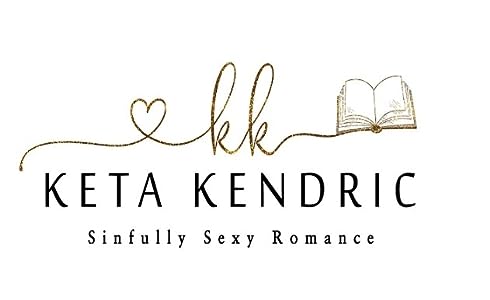 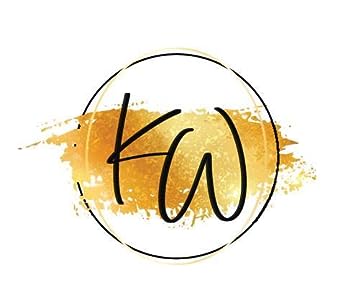 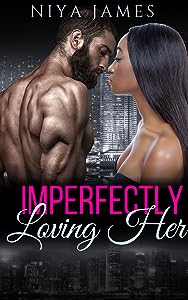 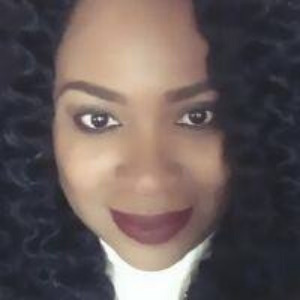 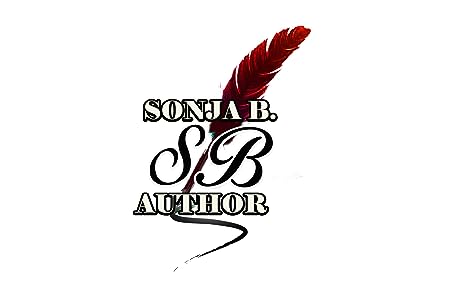 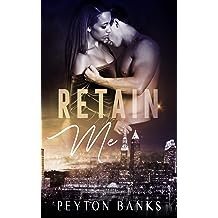 Retain Me: A BWWM Office Romance Apr 14, 2019
by Peyton Banks
( 42 )
$2.99
Having been promoted to partner at Walsh, Ingram & Ingram law firm, Avarie Ingram was quite confident in her abilities in not only the courtroom but the boardroom as well. Her new high profile assignment was to be an advisor for the legal team of the billion-dollar corporation, King Steel Industries. This duty would include working closely with the devilishly handsome C.E.O, Shane King. Making her way up the corporate ladder, left no room for love and it was the last thing she had considered while climbing the ladder of success.

A private dinner between the two would lead to a night of passion that Avarie desired to keep in the strictest of confidence. After all, there was this little thing called attorney-client privileges.

The sparks between the two are enough to set the town on fire. Avarie and Shane embarked on a steamy love affair, unable to keep their hands off each other. As much as Avarie tries to remain professional in the office, Shane blows past her defenses at every turn. She's built up the facade of being a hard, corporate attorney and Avarie knows what is between them is wrong-- but there's no way she can leave Shane alone.

Retain Me is a steamy, contemporary BWWM romance. For fans that love sexy, filthy office romance, you will love the latest release from Peyton Banks. It’s reserved for mature readers only.
Read more 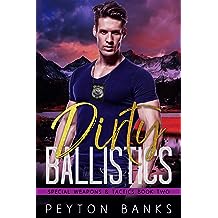 Declan Owen was a former Navy Seal serving on the best SWAT team in the south. He was dedicated to his work and wasn't looking for love. He lived life to the fullest, and attaching himself to one woman wasn't the plan. Backed into a corner by his nosy neighbor, he found himself set up on a blind date.

Aspen Hale had just relocated to Columbia under a new identity and had to keep a low profile. Her secrets were consuming her, and she needed a distraction. A date with a sexy cop sounded fun and would get her out of the house.

Their eyes met, and the attraction was too hot to ignore. Aspen couldn't begin to imagine a future with Declan, while unable to escape her past. Her time with Declan would soon come to an end.

Declan wasn't a man to back down from a fight. He would do what he must to save his woman. Her safety was his top priority as much as her love.

Declan and his brothers in blue will do what they must to protect her, but will it be enough?

Dirty Ballistics is a steamy interracial romance for readers over 18 years and older.
Read more
Other Formats: Audible Audiobook , Paperback 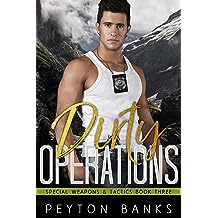 Ashton Fraser dedicated his life to the protection of the public. As a member of the elite Columbia SWAT team, he loved the intensity of taking down the bad guys. When not hunting down criminals, he volunteered with the local youth as a D.A.R.E Officer.

Deanna Dawson was an elementary school teacher who had a crush on the handsome cop who came and spent time with her students. His crooked grin and charm drew her to him. The innocent flirting was turning serious, but he had yet to ask her out.

The passion between the two of them would explode. Ash had a target on his chest, but that wouldn't keep him from going after the woman he desired. He would handle the enemy, then claim his woman.

Nothing was going to stop him--or would it?

Dirty Operations is a steamy interracial romance for readers over 18 years and older.
Read more
Other Formats: Paperback 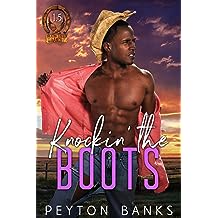 Rashad Mays was a ranch hand on the Blazing Eagle Ranch. He had grown up in Shady Springs and had no intention of leaving. This was his home, and he was ready to settle down. Only the woman that captured his eye was the sister of his best friend, Nate.

There were unspoken rules between friends when it came to their little sisters--don’t touch.

Yani Polk was not like other women. She didn’t chase after cowboys for a casual roll in the hay. She was a lady. Sexy, curvy, successful, and currently the star of his late-night fantasies.

He’d thought he would be able to push her out of his mind, but when she came strolling onto the ranch, he couldn’t resist. Her smile and the gentle sway of her hips called to him.

The sizzling attraction was too great to resist. Rashad did the unthinkable. He broke the rules.

Yani was the woman for him, and he was willing to fight to prove it. 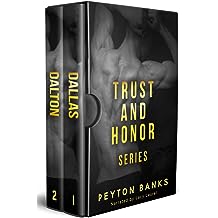 Trust and Honor Series: A BWWM Romantic Suspense Boxed Set May 31, 2020
by Peyton Banks
( 2 )
$6.99
Saving a damsel in distress was not in the description for these two first responders.

The Trust and Honor series is full of suspense, action, and plenty of steamy heat that will have readers devouring the pages well into the night.

If you love alpha males who will fight to save the women they love, then download this collection now!

Book One: Dallas
It wasn't his job to protect her, but there's no way he's leaving her side.

Book Two: Dalton
Putting out fires was his life's work. This new flame, there's no way he's extinguishing it.

The Trust and Honor series is a steamy, contemporary BWWM romance. It is reserved for mature readers over 18 years of age. 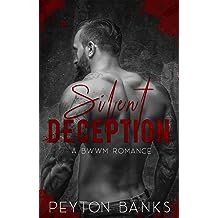 Silent Deception: A BWWM Romance Oct 1, 2019
by Peyton Banks
( 73 )
$2.99
She was his assignment, and he’d do anything to protect her—anything. Day in and day out, it was his job to watch her. She became his obsession. The object of his desires.

Charlie “Big Country” Shephard was the bodyguard of Jazz Tyson, the wife of the man who hired him. Her smile calmed him. Her tears brought out the beast in him. Her laughter made his heart race. Her fear... made him kill.

It would always be Jazz.

She belonged to him.

She just didn’t know it yet.
Read more
Other Formats: Paperback 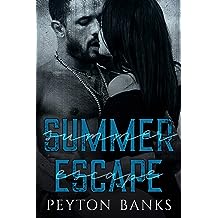 Summer Escape Dec 22, 2017
by Peyton Banks
( 28 )
$0.00
Marina Carter was ready to take back her life. She deserved more in life than a loveless relationship and a cheating fiancé. Without a thought, she packed her bags and escaped far away to a private island to plan her new life. Sun, fresh air, and sandy beaches proved to be just what she needed.

One thing she hadn’t plan on, was spending the day with one Gage Marks. He helped awaken a part of her that she thought was long forgotten. Her summer escape proved to be more than she could ever imagine, but her time with Gage would come to an end soon.

Their steamy night together would not be enough for either Marina or Gage. Marina is excited about what the future may hold, but will her past let her go?
Read more
Other Formats: Paperback 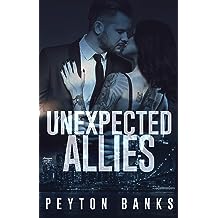 Unexpected Allies (The Tokhan Bratva Book 1) Mar 13, 2018
by Peyton Banks
( 47 )
$3.99
She was a bad b*tch—Her name sparked fear in those that had the nerve to run from her. Mila Petrovna was a soldier in the Tokhan Bratva, the most powerful crime family in New York City, run by her brother. She collected debts on behalf of her brother and the Bratva. It was Mila who ensured that the Bratva had deadly soldiers to fight. But who would be there to ensure that she was protected?

He’d had his eyes on her for a while. He knew that he shouldn’t want her but he was drawn to her. She was the sister of his rival and that should have meant that she would be off limits. Kole Bozovic was a man who knew what he wanted and went after it. After a brief meeting, he made the decision—she would be his.

The two were thrown together in the middle of a war and lines would be drawn. He’d laid a claim on her and no one would take what was his, even if they tried. War made one realize that some things were best left in the past. If they were to survive, they would have to work together.
Read more
Other Formats: Paperback 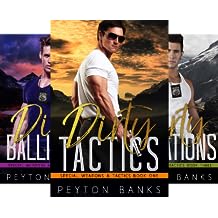 Marcas MacArthur was as tough as they come. The former Navy Seal had dedicated his life to lead the elite Columbia SWAT team and had no time for relationships. He had two reasons. Putting his life on the line daily would be too much to ask any woman to deal with, and she would be a distraction. But when the new neighbor next door moved in, she captured his attention.

Sarena Rucker was an emergency room nurse who had a thing for men in uniforms. The single sergeant who lived next door made her knees weak. Decked out in his tactical gear, he was the perfect package--sexy, rugged, intense--and he loved to be in charge.

One night together and their lives changed forever. Sarena had got under his skin, and Marcas couldn't get enough of her. Everything was perfect until Marcas learned of the target on Sarena's back because of her connection to him. He would do anything to protect her.

Will he be able to save her in time, or will he lose the one who gave him hope for the future?